Back in February, Lakefront Brewery, The Laughing Tap, and yours truly at Milwaukee Record joined forces to offer something both comedy fans and film buffs could get behind with a new event in which comedians riffed on Wisconsin-made cinema. That series—then called “Movies On Tap”—kicked off with a screening of Family Of Cops, a Milwaukee-shot and -set film from 1995 that starred Charles Bronson and Daniel Baldwin. Three comedians roasted the movie as it played. There was an intermission discussion with Lakefront Brewery’s own Jim Klisch (who was an extra in the film). It was fun! In fact, it was so fun that all parties involved decided to do it again.

Join us at The Laughing Tap on Thursday, June 16 for another installment of the series…which is now called “Laugh Track Cinema.” This time around, there will be a screening of Aswang, a low-budget horror movie from 1994 that was filmed in various locations throughout southeastern Wisconsin and features many actors from the Milwaukee (including original Violent Femmes drummer Victor DeLorenzo). The film’s star—and a Milwaukee theater legend in his own right—Norman Moses will be on hand during intermission for a spirited chat and some good-natured ribbing. Comedians Kaitlin McCarthy, David Louis, and Norman’s daughter Kelsey Moses will handle the riffing. 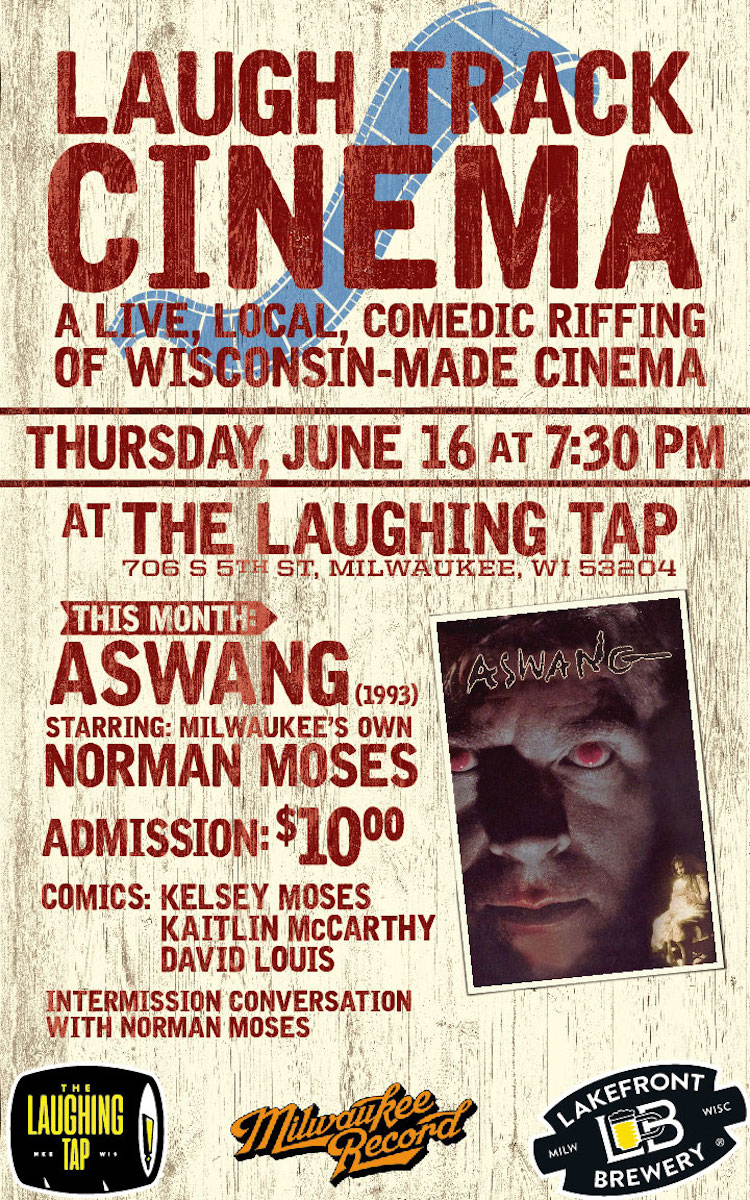