Following close to three years in business, Urban Bay View will be closing. Owner Paul Jonas (who also owns nearby Tonic Tavern) says the business located at 939 E. Lincoln Ave. will cease operations before the end of the month, and could potentially close as soon as next week. Though this weekend’s St. Paddy’s festivities could be the bar’s last hurrah, the property won’t sit empty for long.

Urban Bay View’s departure will make room for The Mothership, a new corner bar with a casual cocktail focus and an underlying sci-fi theme. The new bar is owned and operated by Ricky Ramirez, a veteran bartender who formerly served as Transfer’s bar manager, helped craft Strange Town’s initial cocktail list, and most recently headed up The Vanguard’s cocktail program and managed their front of house. Ramirez—a self-described “sci-fi dork” who grew up in the neighborhood—decided to name the bar The Mothership as a nod to his love of the supernatural and as a tribute to his mother.

The turnaround is expected to be uncharacteristically quick because the building—which Jonas will continue to own—doesn’t require much in the way of renovations. Ramirez expects The Mothership to be up and running in less than a month.

While the transition will be smooth, there will be some interior modifications, including a flying saucer to be used in place of a traditional sign. Ramirez has some ambitious and altogether unique ideas for the new venture. He says he plans to bring in a couple arcade machines, change lighting and seating, and remove all the bar’s televisions except one (on which he plans to show mood-accenting entertainment like black and white sci-fi movies and cartoons). Ramirez, who fronts the local thrash band Population Control, also intends to bring a “young, vibrant, and boisterous” music playlist to the bar and promises patrons will “hear things you can’t play at other businesses.”

The most significant modification, however, will be The Mothership’s drink selection. Sticking with his cocktail background, Ramirez says his bar will focus on offering “non-pretentious” drinks that are “extremely affordable.” He says he intends to keep most cocktail prices around the $7 range whenever possible.

“I want every walk of life to feel welcome,” Ramirez says.

Ramirez says he plans to devote 12 of the property’s 19 draft lines to cocktails and those drafts will be “small riffs on classics.” The spirit selection isn’t expected to be staggering by any means. Instead, The Mothership will strive to focus on unique executions of standards in an approachable way.

“We’re not going to have aprons on,” Ramirez says.

That said, Ramirez is leaving space for experimentation with cocktail creations like “Shadow Government” (a blend of mushroom tea, cacao bourbon, coconut cream, and lapsang bitters), “Colonies On The Moon” (five-spice baked pineapple puree, scarlet tea, navy strength rum, honey, and peychaud’s bitters), and “I Want To Believe” (apple cider vinegar, peach & cranberry syrup, kalamansi, tequila, and CO2). Adding to the “cold beer and other remedies” The Mothership plans to offer is the bar’s unheard of food pairing.

Inspired by his appreciation for convenience store fare he’s developed from years of touring, Ramirez plans to have a cold case stocked with gourmet takes on gas station sandwiches made by a rotating cast of Milwaukee chefs. Foxfire will start things off with options like elevated egg salad, Nashville hot chicken salad, and Bento Box snack packs they’re calling “Adult Lunchables.”

Eventually, Ramirez says he’d like to start promotions like “Self-care Sunday” to provide a supportive outlet for service industry professionals, and he’s hoping to hold pop-up events on The Mothership’s yet-to-be-built deck on the building’s eastern side. Mostly, he’s just excited to get started. After 12 years working for other people and being consulted to help other businesses succeed, Ramirez is ready do everything he’s always wanted to in a format that is distinctly his own.

“It’s just something that I’ve always wanted to do,” Ramirez says. “I’m from the neighborhood and this is my opportunity to get a place in the neighborhood that I can be an owner of and create an institution to throw my own kind of party.”

Jonas says Urban Bay View will be open (at least) through Sunday, March 17 and will offer “deep discounts” on remaining inventory while it lasts. Check back for more information on The Mothership’s opening in the coming weeks. 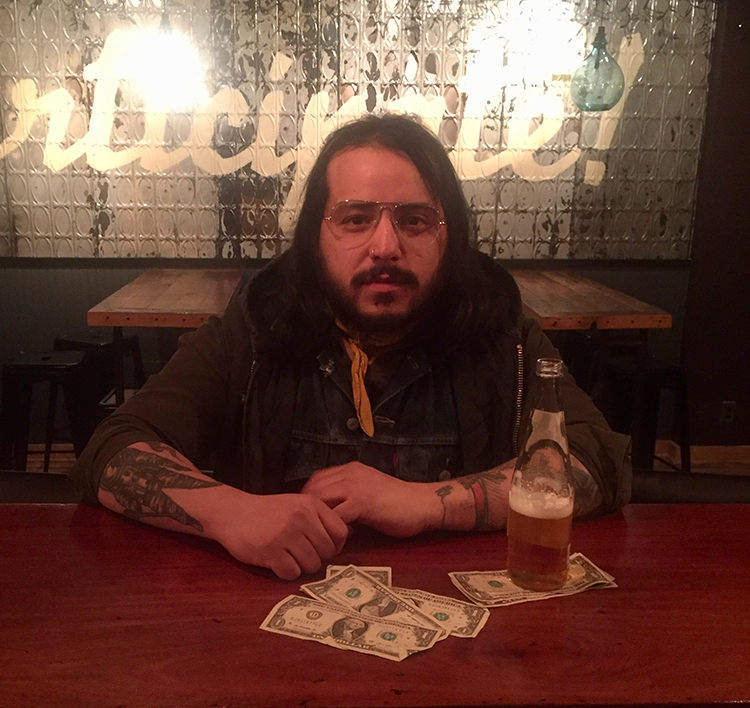