My favorite description of Rocky Rococo pizza comes from my pal Evan Rytlewski. A few years ago, following an episode of our weekly WMSE talk show The Disclaimer (R.I.P.), Evan waxed philosophical about the mysteries of Rocky’s. “It’s impossible to know where the crust ends and the toppings begin,” he said. “It’s like one big loaf.”

One big loaf. I like that. Rocky Rococo pizza isn’t pizza in the traditional sense—i.e. an assemblage of discreet ingredients separated by clearly defined boundaries—it’s a single food item unto itself. It’s not a city or a state or a country, it’s a continent. It’s a solid block of goodness, an impermeable mass of deliciousness, an unsullied slab of righteousness. To quote the greatest thinkers of our times, a slice of Rocky Rococo pizza is an absolute unit. 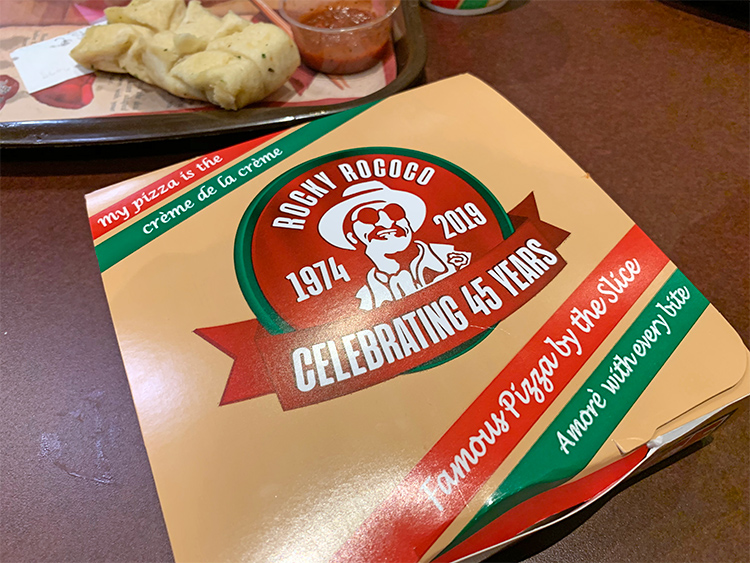 Growing up, I was unaware that Rocky Rococo was a Wisconsin Thing. (It was founded in Madison in 1974.) Like fish frys, supper clubs, and binge drinking, I assumed Rocky’s was worldwide, baby. But at some point in my late teens it dawned on me that the rest of the world was tragically without Rocky Rococo, and that it would never know the delights of Rocky’s pizza or Rocky’s Leon Redbone-esque mascot. It was then that I decided that I would live in Wisconsin for the rest of my life. Vague dreams of making it big on the coasts took a back seat to Monday’s Super Slice of the Day, which is Uncle Sal’s Spectacular.

Enter the Milwaukee Record Review of the new Rocky Rococo at Bayshore Town Center. Is it ridiculous to review the umpteenth mall-based outpost of a semi-local franchise? Yes. Is it even more ridiculous when you consider that this outpost isn’t really new, but that it’s simply a relocated outpost? Yes. Is this the kind of thing the Milwaukee Record Review was made for? Tune in next week for our review of the new Cousins Subs on the corner of Oakland and Locust to find out. 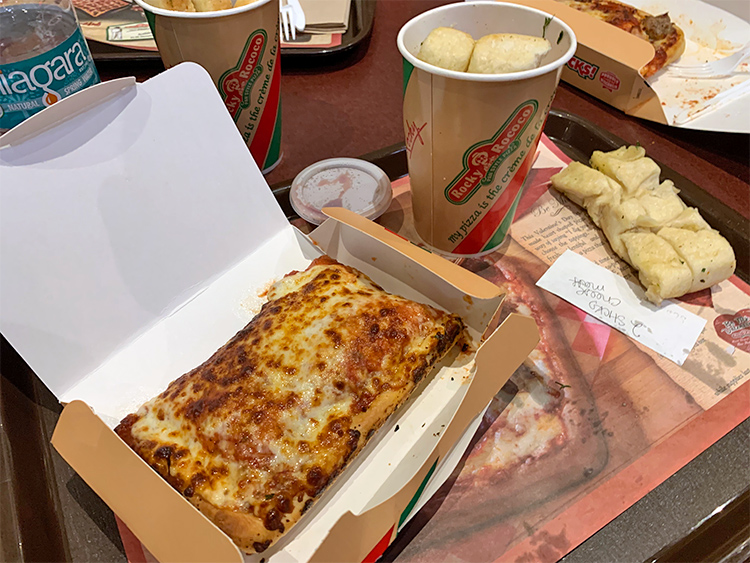 Since time immemorial, Rocky Rococo held down the east end of the food court in the indoor portion of Bayshore Town Center. There was a nearby Subway, a nearby Panda Express, and, as the years wore on, just the nearby Panda Express. Then came news of Bayshore’s big “reimagining” project, which called for the demolition of the food court area. So long empty food court, hello more apartments and office space or something. Bayshore made good on its promise this year, closing the section of the mall and auctioning off a ton of items. Thanks to our widely shared heads-up about the auction, someone plunked down a cool $950 for the old Rocky Rococo sign. Wow! You can make out the check for our cut to “Milwaukee Record LLC,” Bayshore. 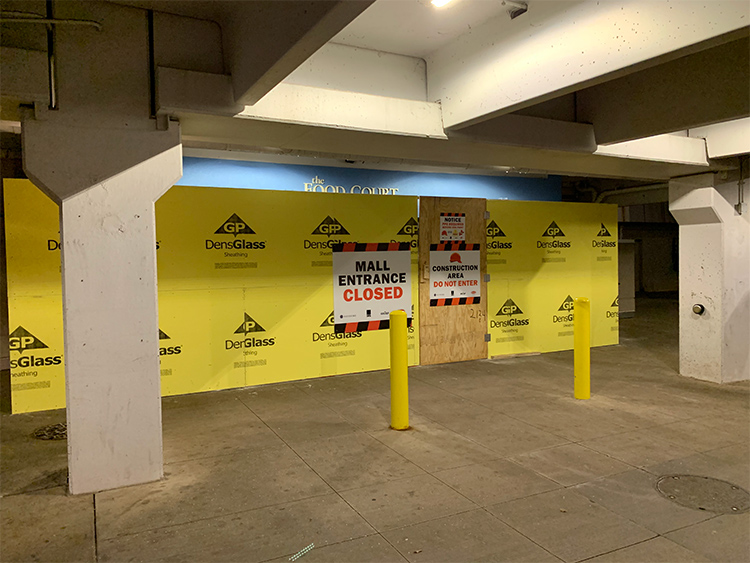 But enough about the old—let’s get to the new. The new Rocky Rococo resides on the south end of the mall, next to Mattress Firm. You can enter from the sidewalk on Silver Spring Drive or from inside the borders of the mall. It’s no longer a mere food court tenant—it’s a self-standing, self-sufficient, gloriously modern beacon to all that is good and right in the world. It’s Rocky Rococo writ large. You can practically smell the place from the Kohl’s parking lot. 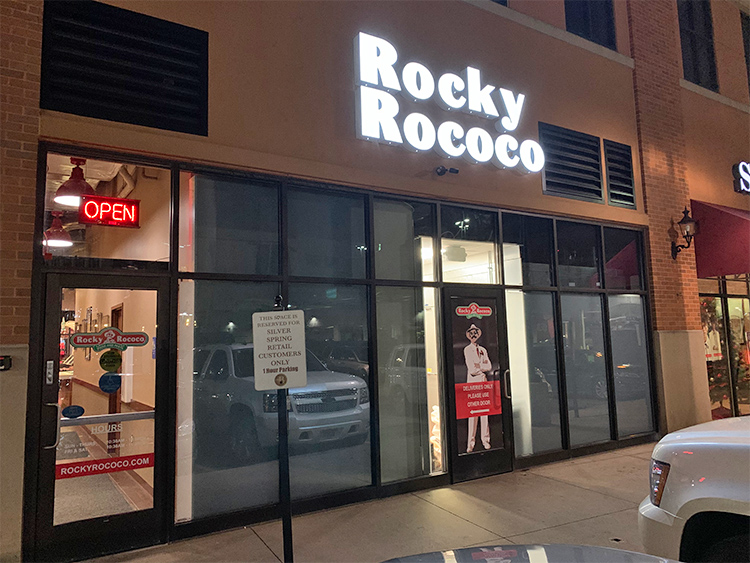 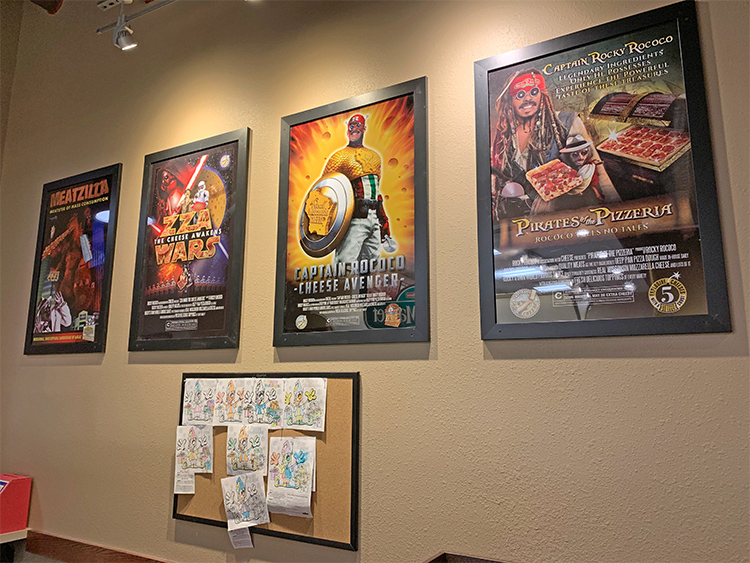 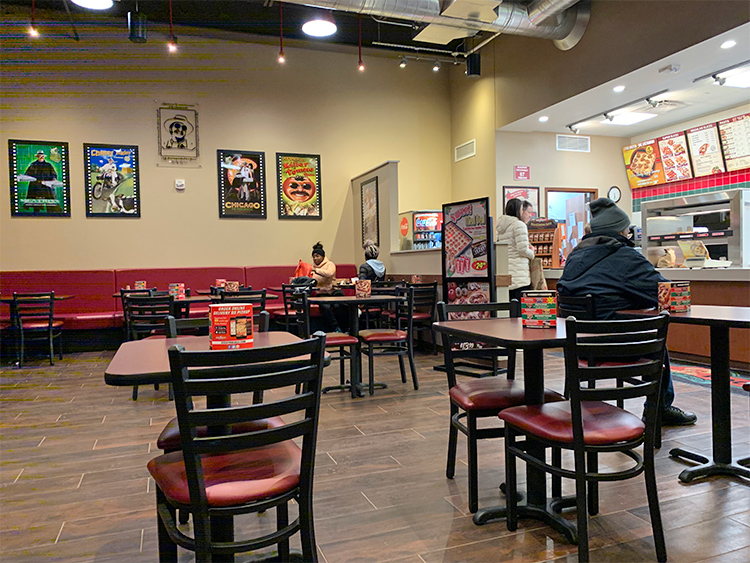 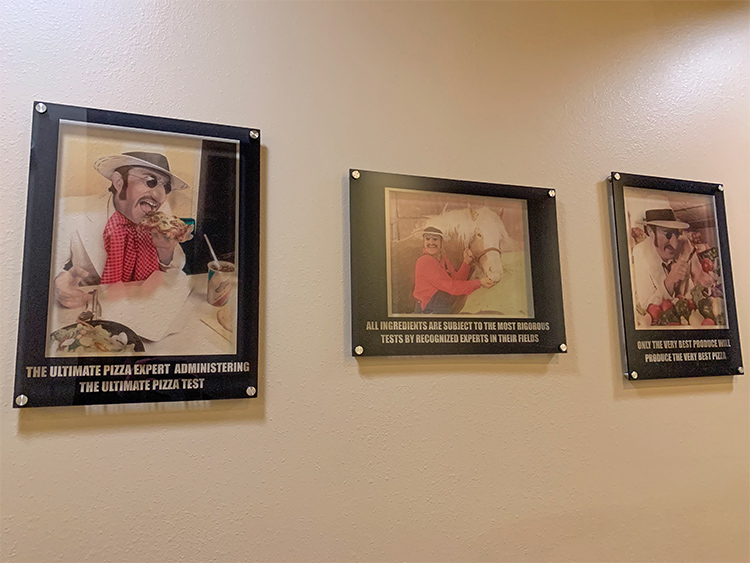 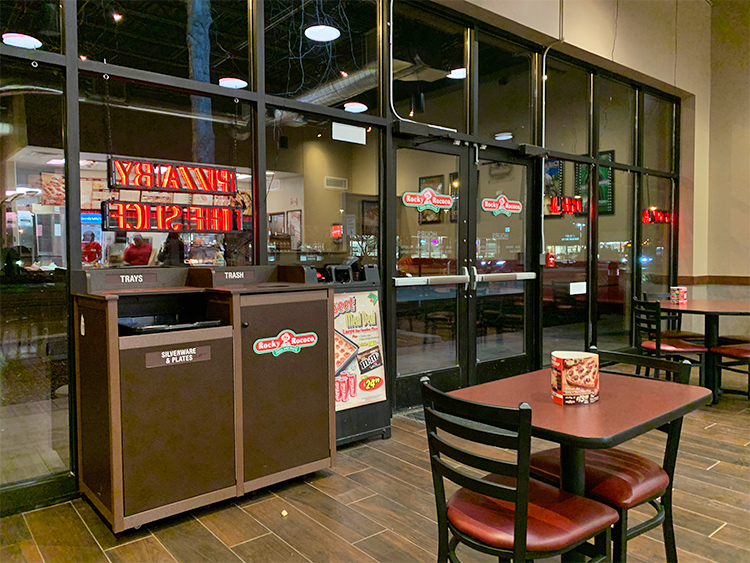 Yep, it’s all there: the ridiculous movie posters (The Cheese Awakens!), the sepia-tone pictures of Rocky himself (played by James Martin Pedersen, R.I.P.), and a salad bar (sorry, Garden Market) that no one has ever used. And there’s more: faux-hardwood flooring, a handful of booths, and a nice view of Silver Spring. Phil Collins and the Eurythmics were piping over the sound system during our visit, and you better believe there’s nothing better than tucking into a Motherlode Super Slice while listening to “Sussudio.” 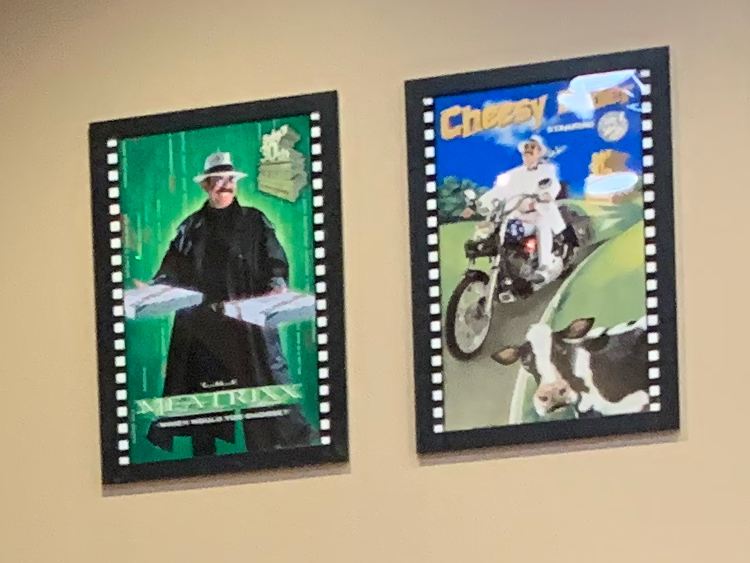 And, well, that’s it! It’s a Rocky Rococo! Rocky Rococo rules! (You might say it’s the crème de la crème.) Go to Bayshore right this very second and eat there. Maybe drop by Mattress Firm when you’re finished. You won’t regret it.

Here’s that album that Rocky cut back in the ’90s, Kitchen Licks.