Though baseball season is already well underway in Milwaukee and the Brewers currently sit in first place a month into the season, there’s another team in the region that’s getting ready to take the field. Yes, the Lakeshore Chinooks will begin their sixth season of Northwoods League baseball on May 29, with a home opener scheduled on June 1.

Beyond the high-caliber play of collegiate standouts at Kapko Park in Mequon, the three-month season also offers fans a number of promotions to help spice up the semi-professional ballgames. Like previous seasons, the Chinooks have a bunch of weird and wonderful giveaways, theme nights, and an appearance by a WWE Hall Of Famer. 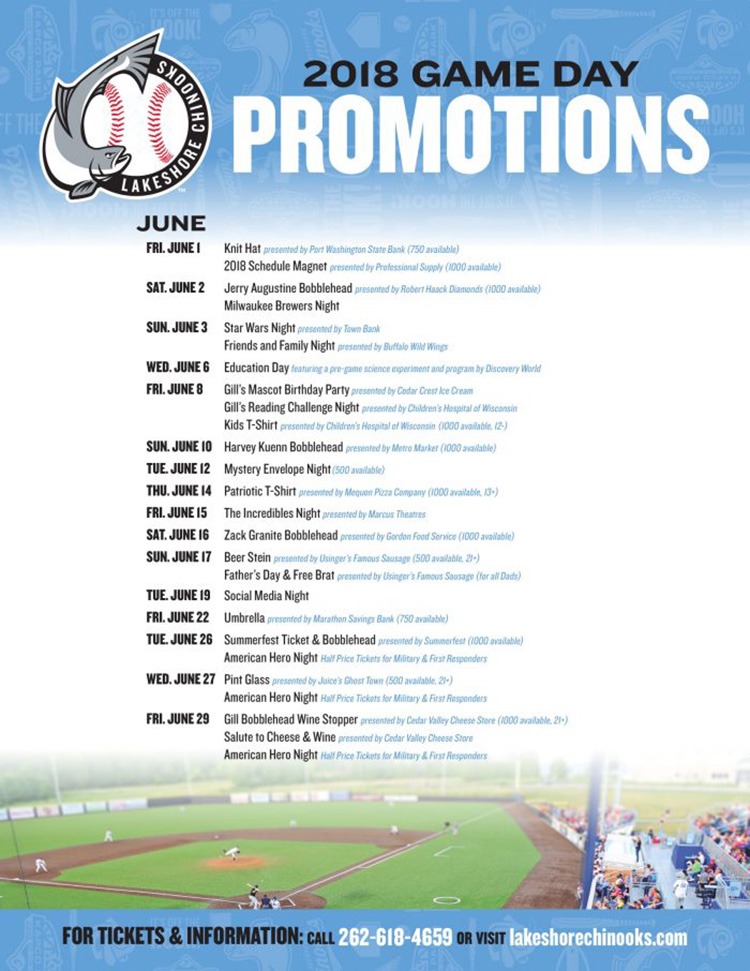 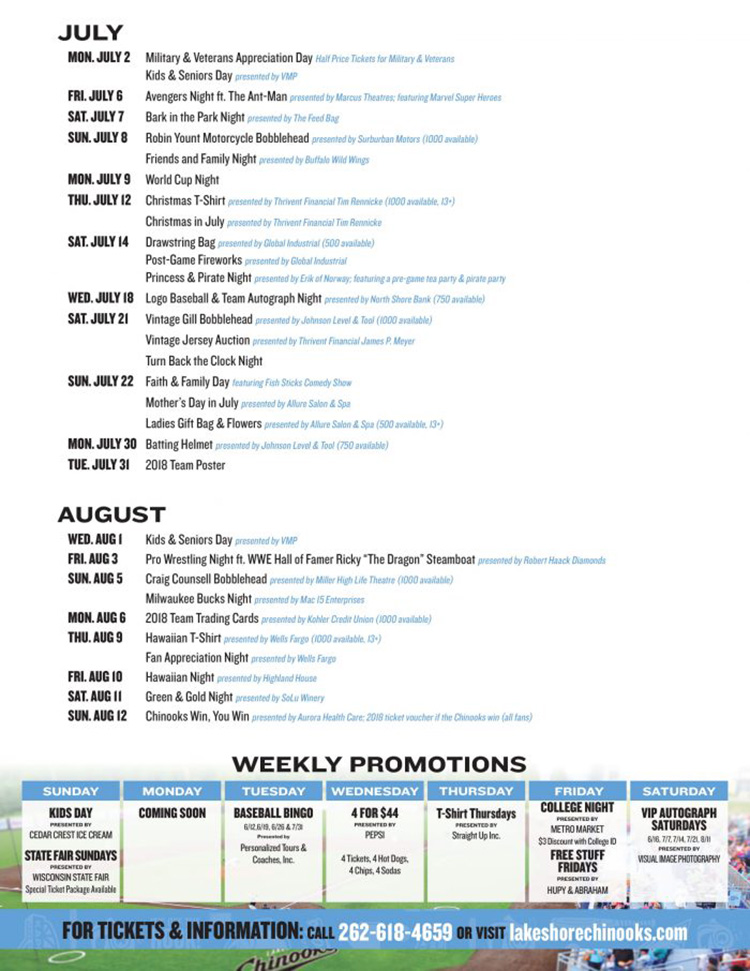