Founded in Milwaukee way back in 1985, Sprecher is known for its award-winning root beer, its other acclaimed sodas like Orange Dream and Cream Soda, as well as an arsenal of beers that, um, also exist. Though its time-tested root beer is the main draw by far, the company isn’t afraid to try new things from time to time in an effort to stay relevant in an ever-changing market.

Some recent experiments include the introduction of Hard Root Beer, reviving the Malt Duck wine cooler, and even delving into the sparkling water sector. None of those wound up catching on, but with the county in a staggering economic downturn at the moment, it appears as if extreme times call for Xtreme measures. That’s right, kids…Sprecher is making an “Energy Root Beer” now. 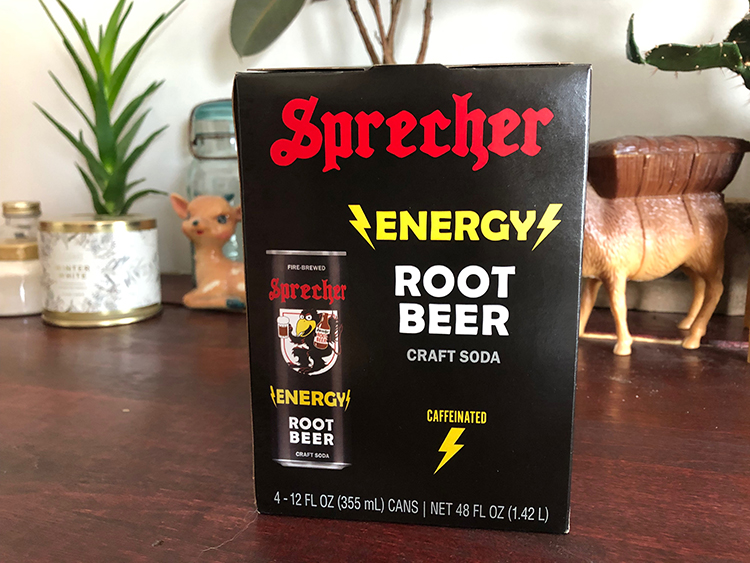 The new product was quietly introduced last month. Sold in four-packs, the Energy Root Beer features the same fire-brewed root beer formula that’s beloved throughout the state (and beyond), along with the addition of raw Wisconsin honey and caffeine. 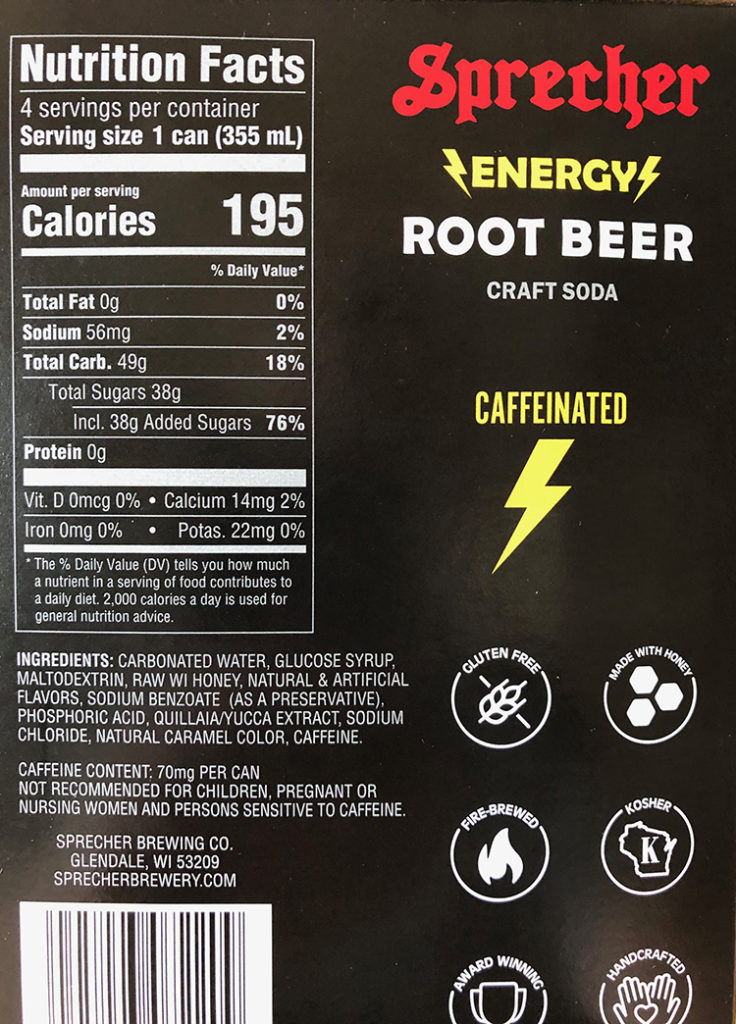 While its caffeine content lands noticeably below most of those sodas and energy drinks, Sprecher Energy Root Beer crushes its competition in the root beer realm. Pretty much all root beer is caffeine-free, with Barq’s Root Beer and its paltry 22 mg being a rare exception.

Today, hours after learning Sprecher Energy Root Beer exists, we went to the brewery store in Glendale to grab a four-pack. Our box was just $5, which is far less expensive on a per-can basis than other energy drinks. That said, the 190 calories per can is on the higher end. In terms of taste…it’s good! It tastes exactly like the standard root beer, except there’s a dash of honey and some caffeine in it. 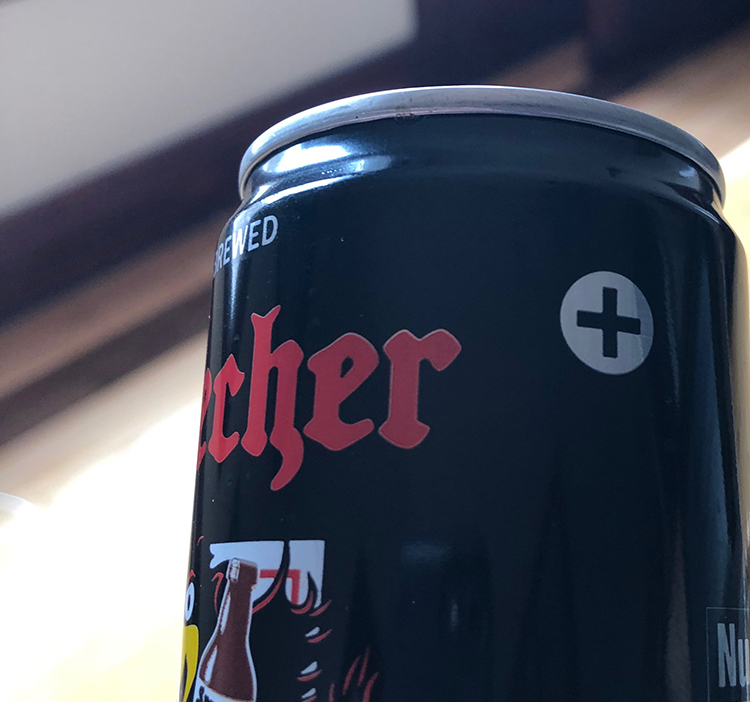 When it really comes down to it, this new product is not an “Energy Root Beer.” It’s just root beer with caffeine, a Red Bull-like skinny can with a battery design on it, and a marketing buzz terms that undoubtedly used to hopefully appeal to youth. Something tells me when kids are cramming for finals, hitting the skate park or [struggles to know what young people are into these days] playing Fortnite before making a TikTok video of themselves dancing to The Office theme song, most won’t be reaching for a regional craft root beer with less caffeine than a Diet Coke. But if you like root beer and you’re looking to put a little extra pep in your step, Sprecher Energy Root Beer might be just what you need.