Fact #2: The Cousins Subs on the corner of Oakland and Locust (2900 N. Oakland Ave.) has long been a brave and noble East Side staple, doing battle with the Subway across the street and holding its own against other nearby eateries. Like the surrounding neighborhood, it has also always been kind of dumpy.

Fact #3: The Cousins Subs on the corner of Oakland and Locust has been closed for some time. Here’s what it looked like for months, forever trumpeting the return of pretzel read: 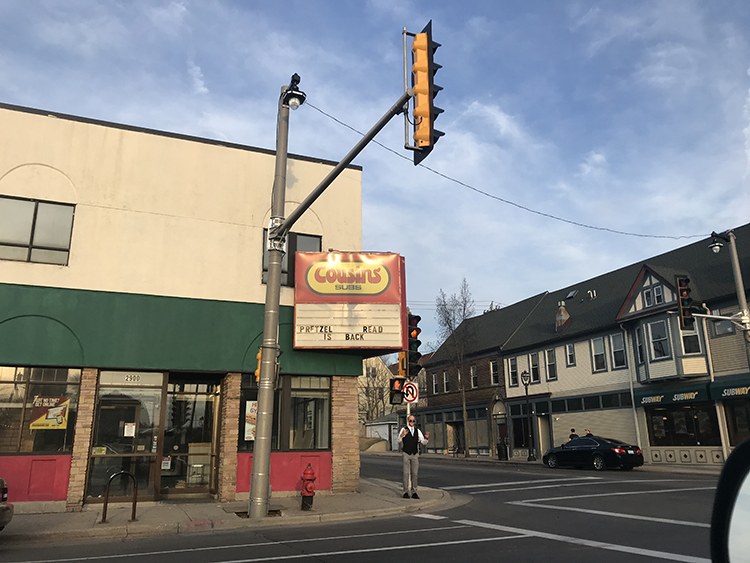 Fact #4: Last week, the Cousins Subs on the corner of Oakland and Locust was demolished. It’s now nothing but a rubble-strewn disaster area that smells faintly of a Chicken Cheddar Deluxe. The dream is over. 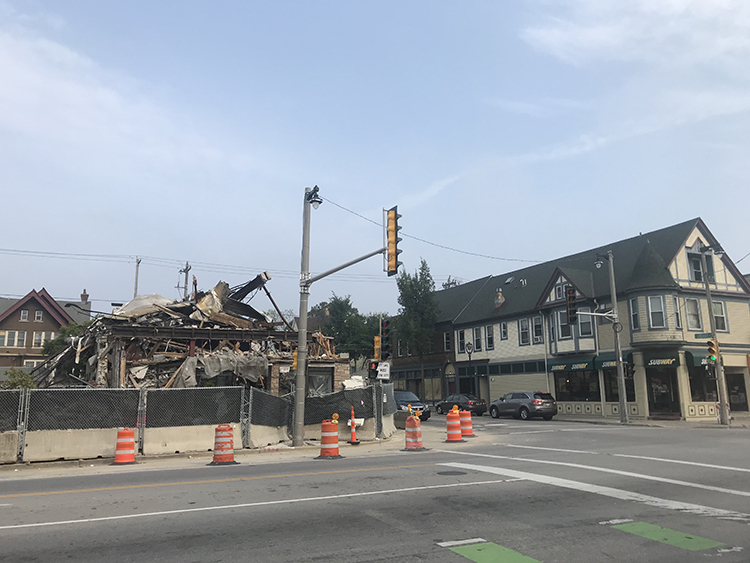 Yes, the Cousins Subs on the corner of Oakland and Locust is gone. In its place will soon be—say it with us!—a five-story mixed-used apartment building. According to an Urban Milwaukee piece published when the project was given the okay back in November 2017, the so-called 2900 Apartments will include 55 apartments and 10,000 square feet of commercial space. Rent will range from $900 to $1,800 per month, slightly more than a Turkey Breast with chips and a Mello Yello.

Back in November, the Common Council’s Zoning, Neighborhoods and Development Committee called the project “catalytic.” Still, according to Urban Milwaukee:

Area alderman and committee member [Nik] Kovac noted he had received 10 letters in support and five in opposition. Speaking in support of the project, Kovac said he doesn’t anticipate the project will trigger a wave of development in the area. While he supports development of the surface parking lot at the northwest corner of N. Oakland Ave. and E. Locust St. (and across the street from the proposed 2900 Apartments), other large projects for the area would likely to run into opposition because they would require tearing down historic buildings.

So at least there’s that. For now, however, the site is smoldering testament to what once was, and what shall never be again. Maybe Cousins will return to the commercial portion of the upcoming apartment building. (EDIT: They will.) Maybe that Old Milwaukee Facebook group managed to save that “Cousins Submarines” mosaic that was on the south wall. (EDIT: They didn’t.) Maybe the “Oak & Loc” neighborhood will simply move on. Maybe this is the fate of everything: man and womankind, buildings, moments in time, Pepperoni Melts. Maybe we’ll just eat at Oakland Gyros. 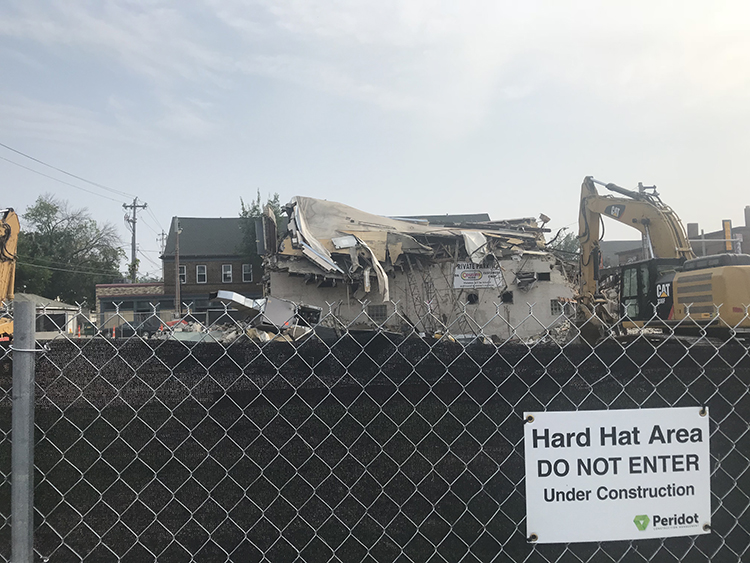 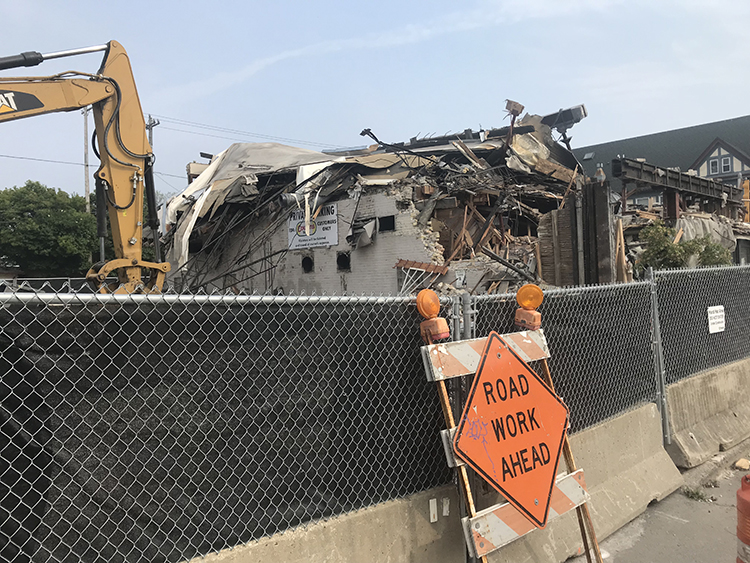 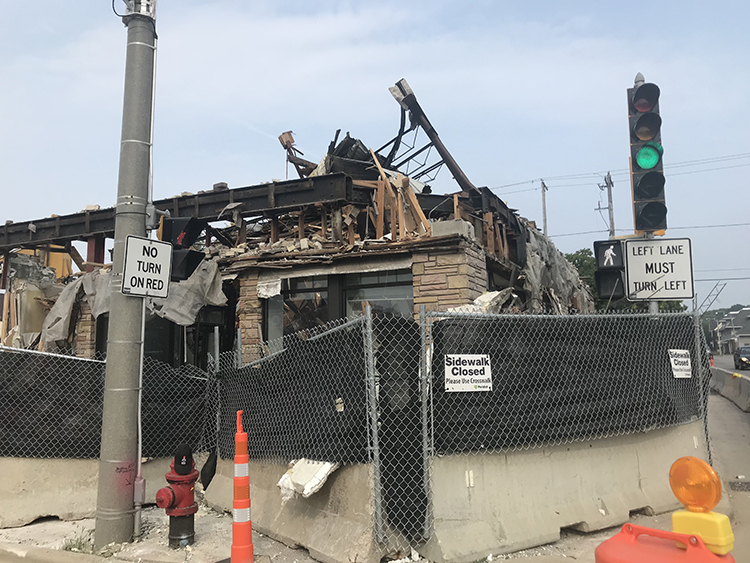 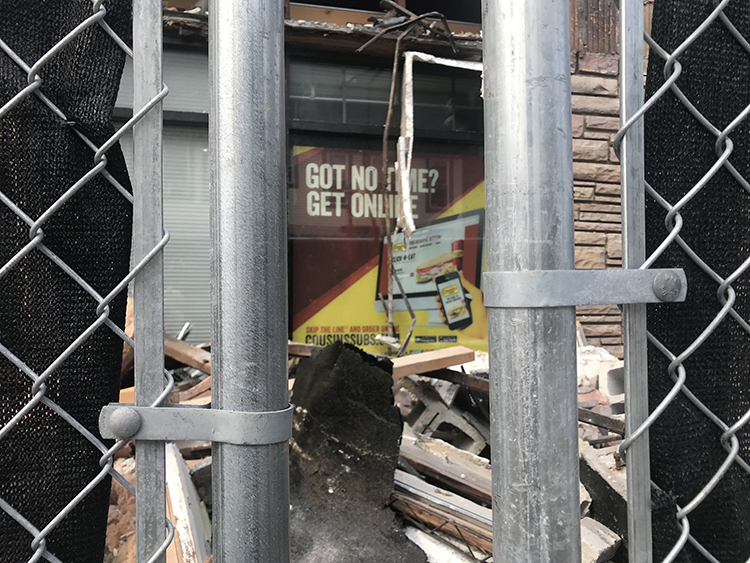 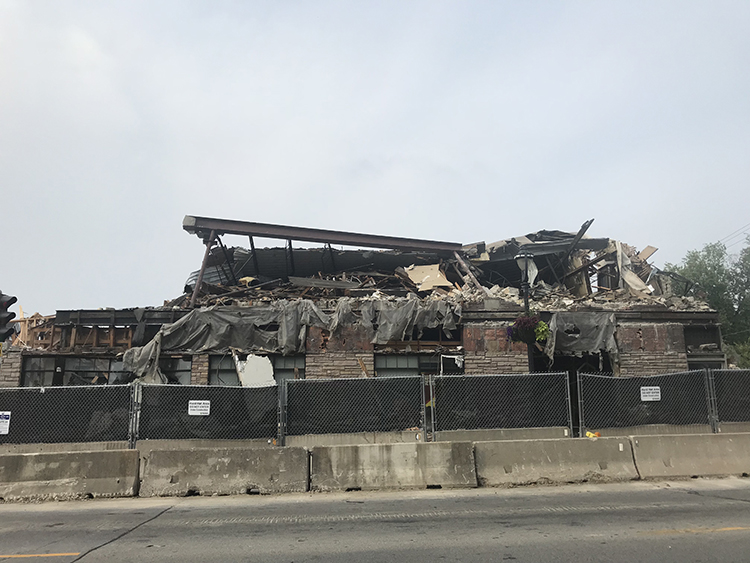 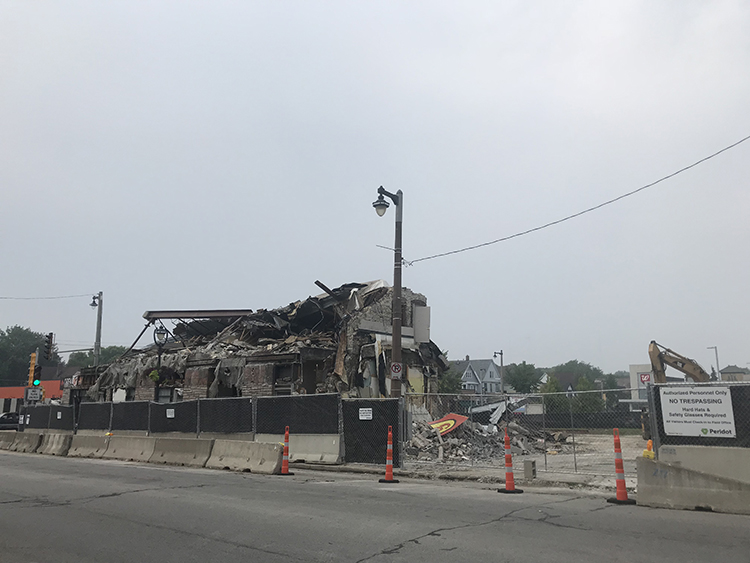 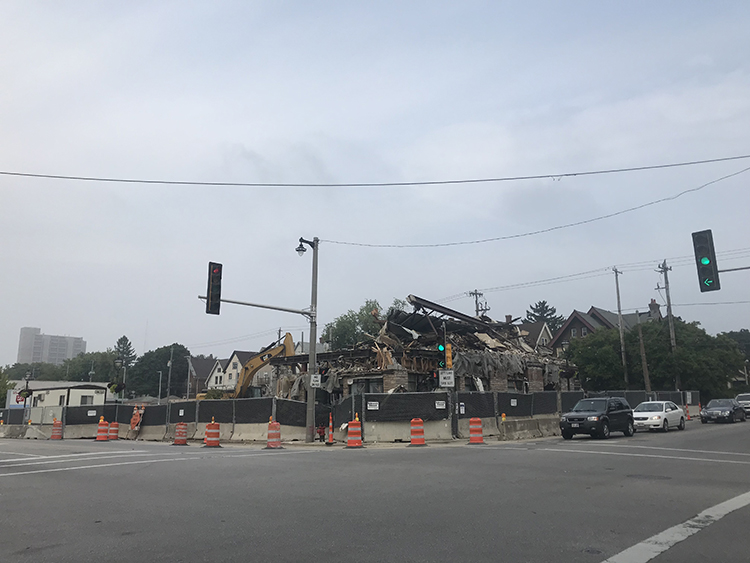