On Friday afternoon, the East Side location of Pizza Man (2597 N. Downer Ave.) posted a message to social media saying that the restaurant would be “open for carryout and delivery only.” But the reason for that limited service was much more complicated—and much more soggier—than the local pizza staple let on.

It seems that the plumbing of Pizza Man was leaking into the bar next door and downstairs, East Side staple Henry’s (2523 E. Belleview Pl.). What’s worse, this upstairs-downstairs plumbing problem was apparently nothing new.

After spying some water-logged chatter on social media, we stopped by Henry’s Friday night and discovered a tale of two establishments. On one side (Henry’s), we found a bar that had been putting up with leaks from its neighbor for years. On the other side (Pizza Man), we found a group of about eight employees that had refused to work hours earlier because of those leaks. Those employees were now former employees, and they had stopped by Henry’s in a show of solidarity with the beleaguered bar.

Henry’s, in turn, was treating them to a round of shots.

“We heard about the leak that happened at Henry’s, and as a collective group of employees we thought what was happening was wrong,” a former Pizza Man employee told us. “We thought that Pizza Man should solve the problem that they’ve been pushing off for so long. We thought the problems should be addressed, so we said that we wouldn’t show up to work our scheduled shifts until they finally addressed this issue.” 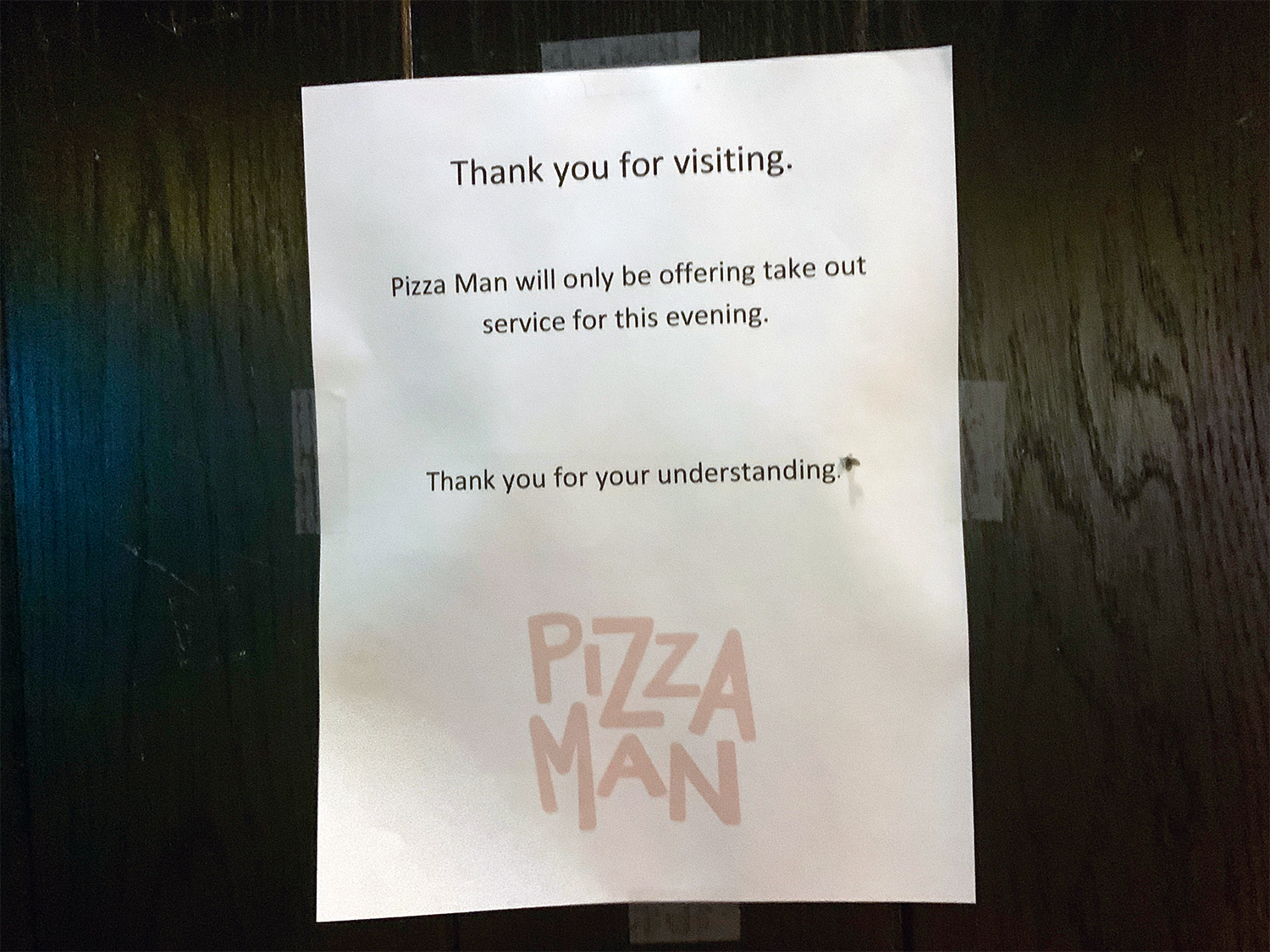 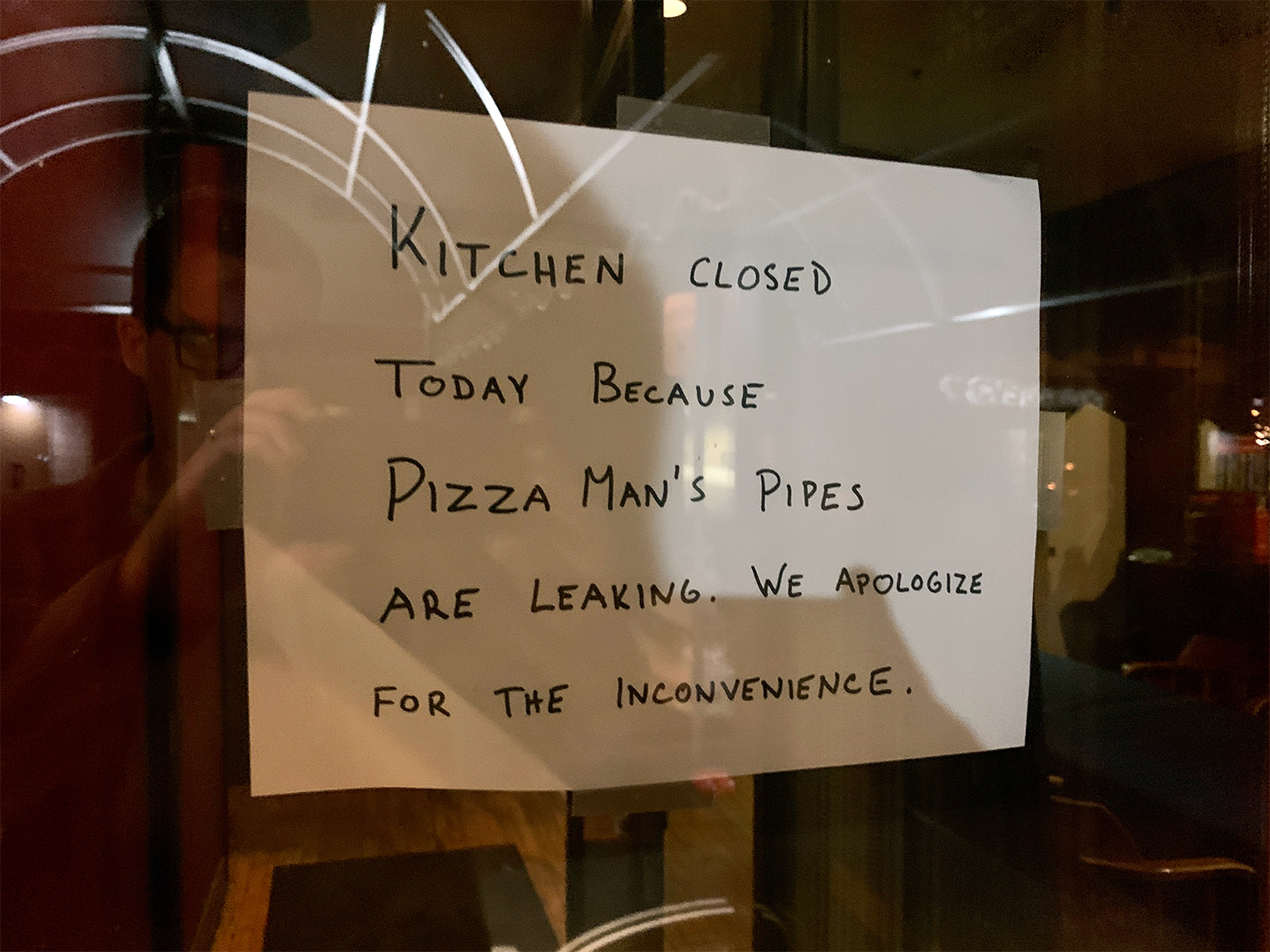 Henry’s staff told us that leaks from Pizza Man began not long after Pizza Man relocated to Downer Avenue in 2013. (The restaurant’s original location on the corner of North and Oakland burned down in 2010. Before Pizza Man relocated, the space above Henry’s was apartments.) Posts on social media tell a similar story: 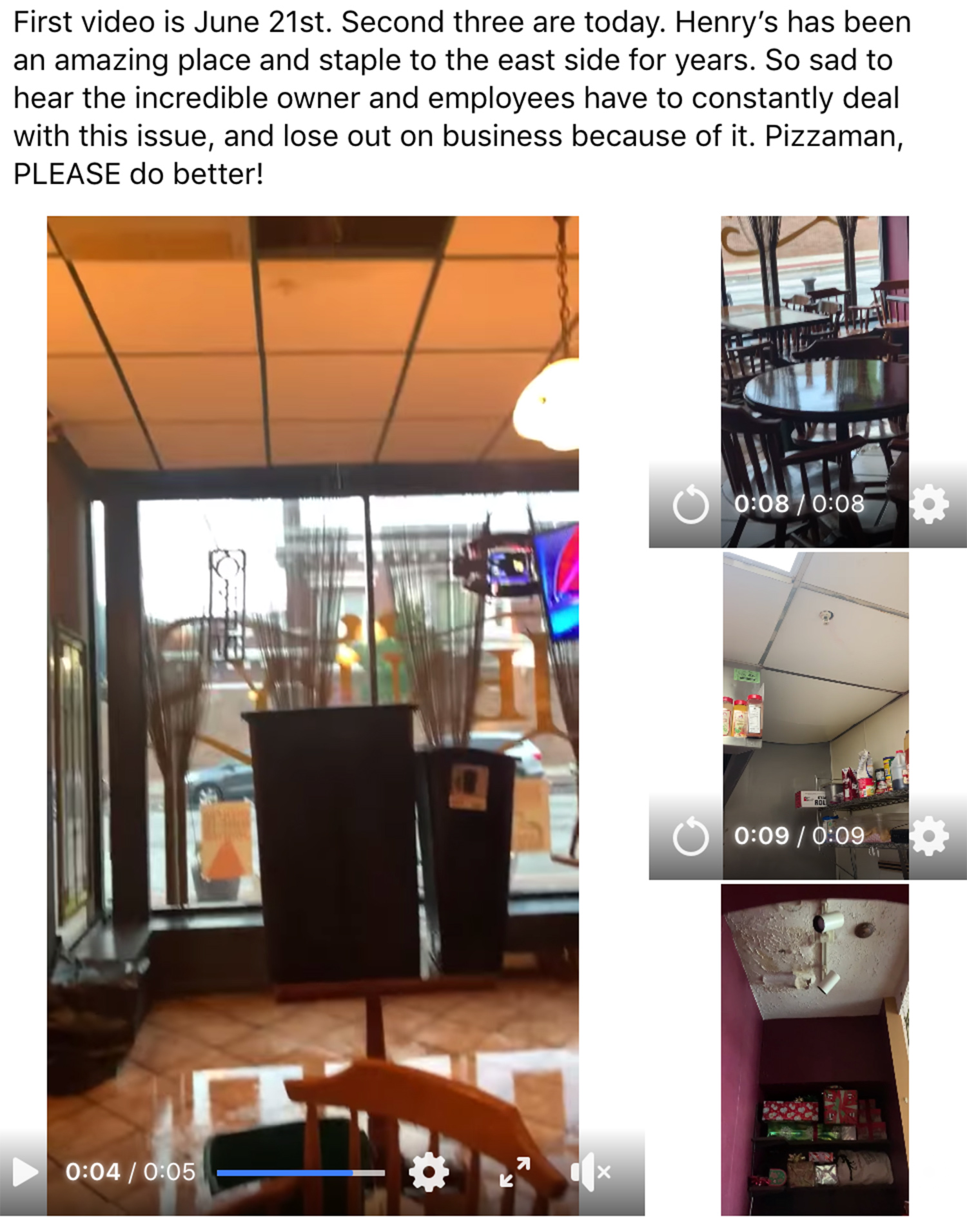 As for the former Pizza Man employees, they told us that management reacted swiftly to their concerns.

“We found that after we didn’t show up for our shifts, our manager started leaving us phone call messages saying that we had ‘voluntarily resigned’ from our jobs by no-showing. They claimed that it was a no-call no-show,” an ex-employee told us. “We left a very well-written text message saying why we were not showing up to work in support of Henry’s, and that we would not show up until the problem was resolved. Nobody responded to the message. Next thing we know, everybody had ‘voluntarily resigned’ from their jobs.” 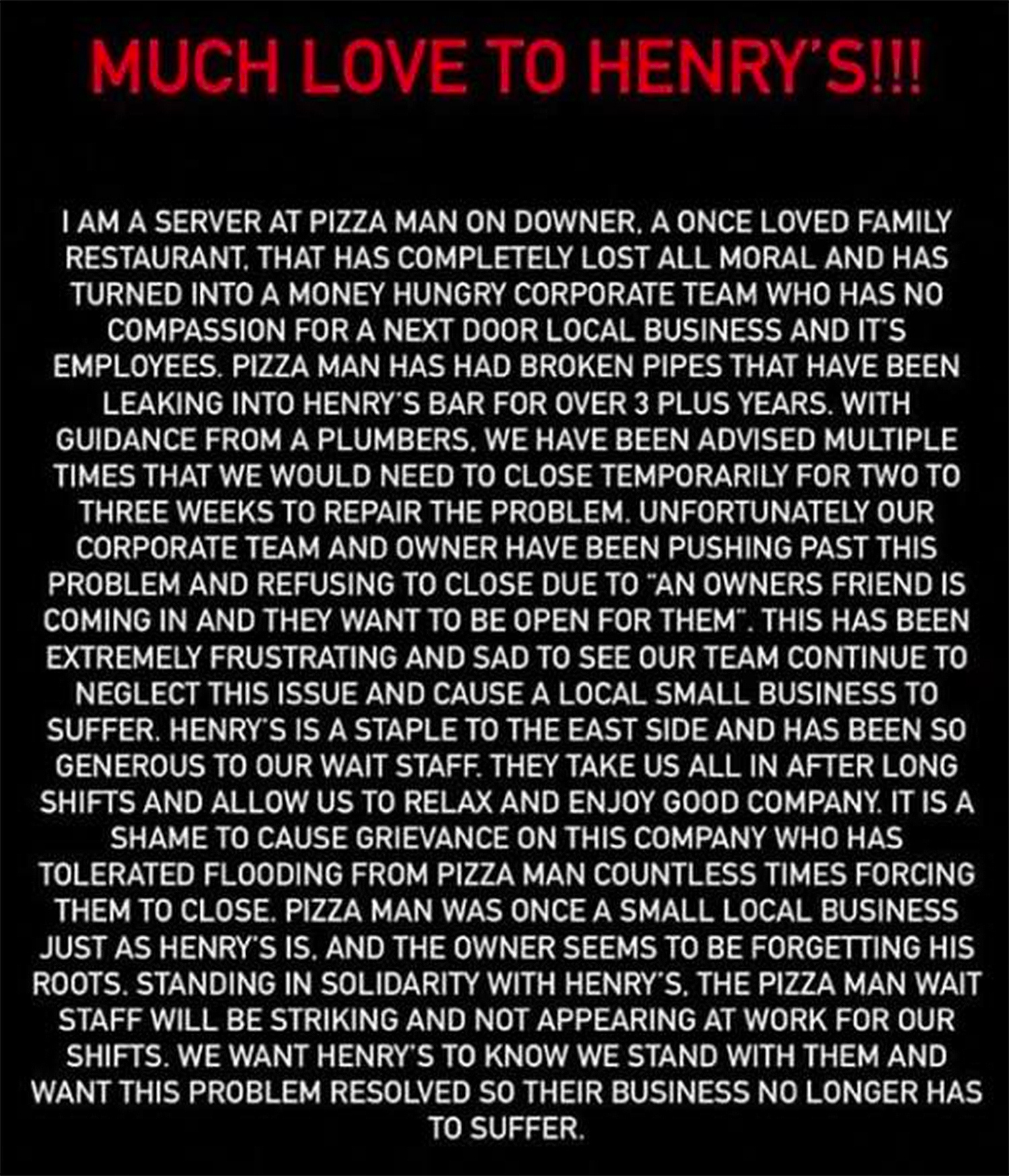 Pizza Man operator F Street Hospitality declined to comment on any HR-related issues, but had this to say about Henry’s:

“We are relieved to have found a temporary solution after weeks of working with plumbing professionals, and are well on our way to having a permanent one in place very shortly. We are sincerely remorseful for any negative impact on their business and will continue to work with them to get this fully resolved.

“The past two years have been very trying, as we are also a small, locally owned business. We value our team members. We will continue to work with them to create a positive experience for the team, our customers and our community.”

• Pizza Man is opening a new location in Oak Creek