“What is bartender style?” is one of the many questions I ask Brandon Reyes when talking to him about his new all-encompassing clothing brand, 1-800-Cocktails.

“It’s a reflection of the individual within the context of an establishment. You are kind of on stage, so there are elements of costume to it as well,” he says.

Bartender life is something Brandon knows, and something he wants to express. “Unfortunately, there comes to mind the caricature of the handlebar/vest mixology guy, which is a de-evolution of the modern professional bartender,” he says. “It’s supposed to be a signifier of ‘skill,’ but I think everyone except your aunt from the burbs is over that.” 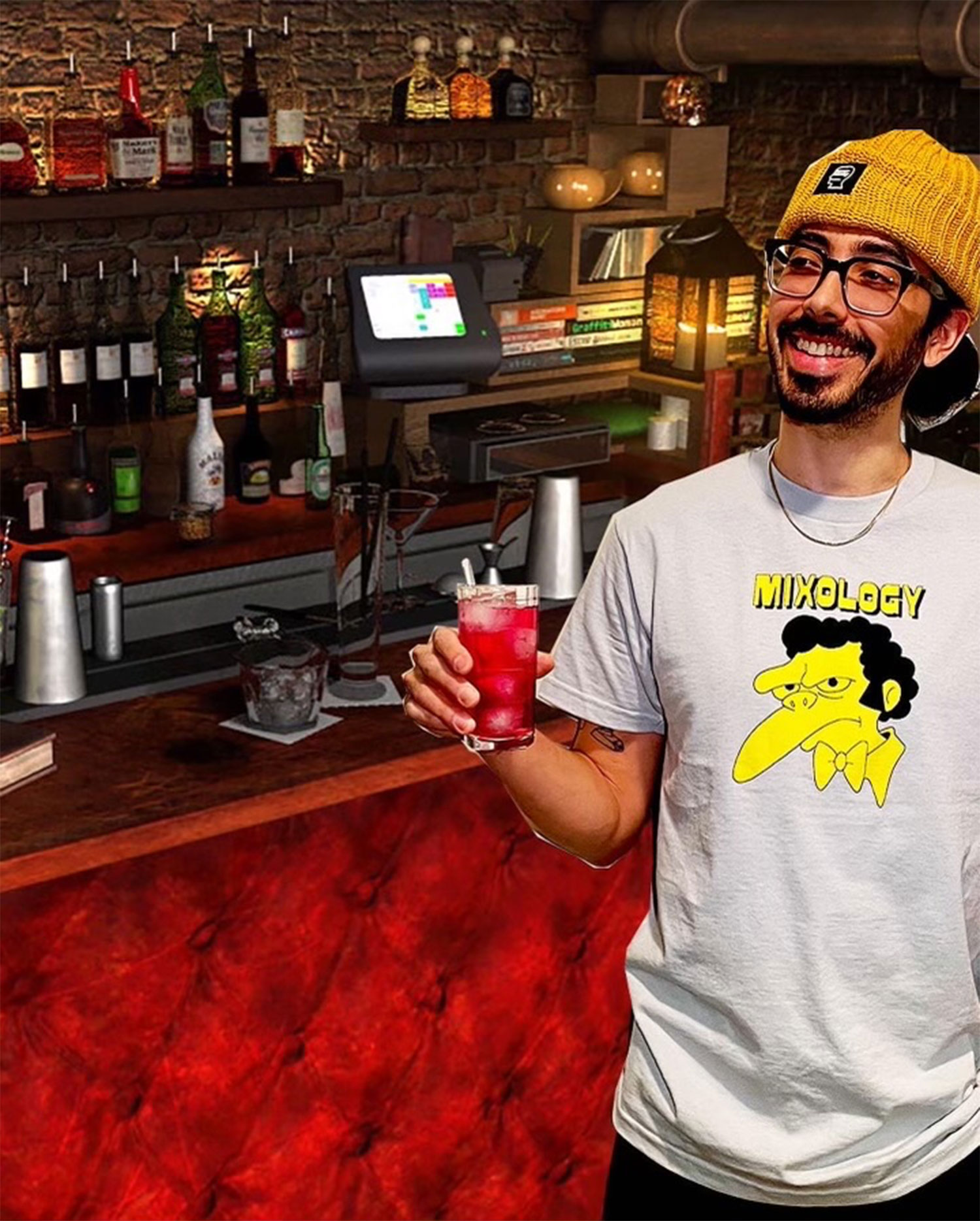 Brandon is a former bar manager turned general manager and head of research and development for Bittercube. He has had varying degrees of influence on all Bittercube products ever since he took on those responsibilities. “I had a strong input in the formulation of the recently launched Disco Inferno project, as well as a new bitters company that will launch in 2022,” he says. “I’m also part owner of the Heirloom Liqueurs brand, and the creator of Pineapple Amaro.”

Bartender life is a philosophy put forward by Brandon, with 1-800-Cocktails being his baby. “Finding clothes to wear for bartending was and is frustrating,” he says. “I don’t always like wearing my regular clothes because I don’t want to ruin them with splats of grenadine, bitters, and other messy shit. I don’t find aprons to be all that helpful or stylish, and I don’t want to buy clothing just to wear to work. Lastly, most of the available options for service industry workwear are ugly as fuck.

“I’ve always enjoyed expressing my personal style, and creating a clothing brand has been a dream for a while,” he continues. “I dabbled with airbrushing clothes and customizing sneakers for a bit in my late teens and early twenties, but the first year of COVID was when I really dove deep into it.” 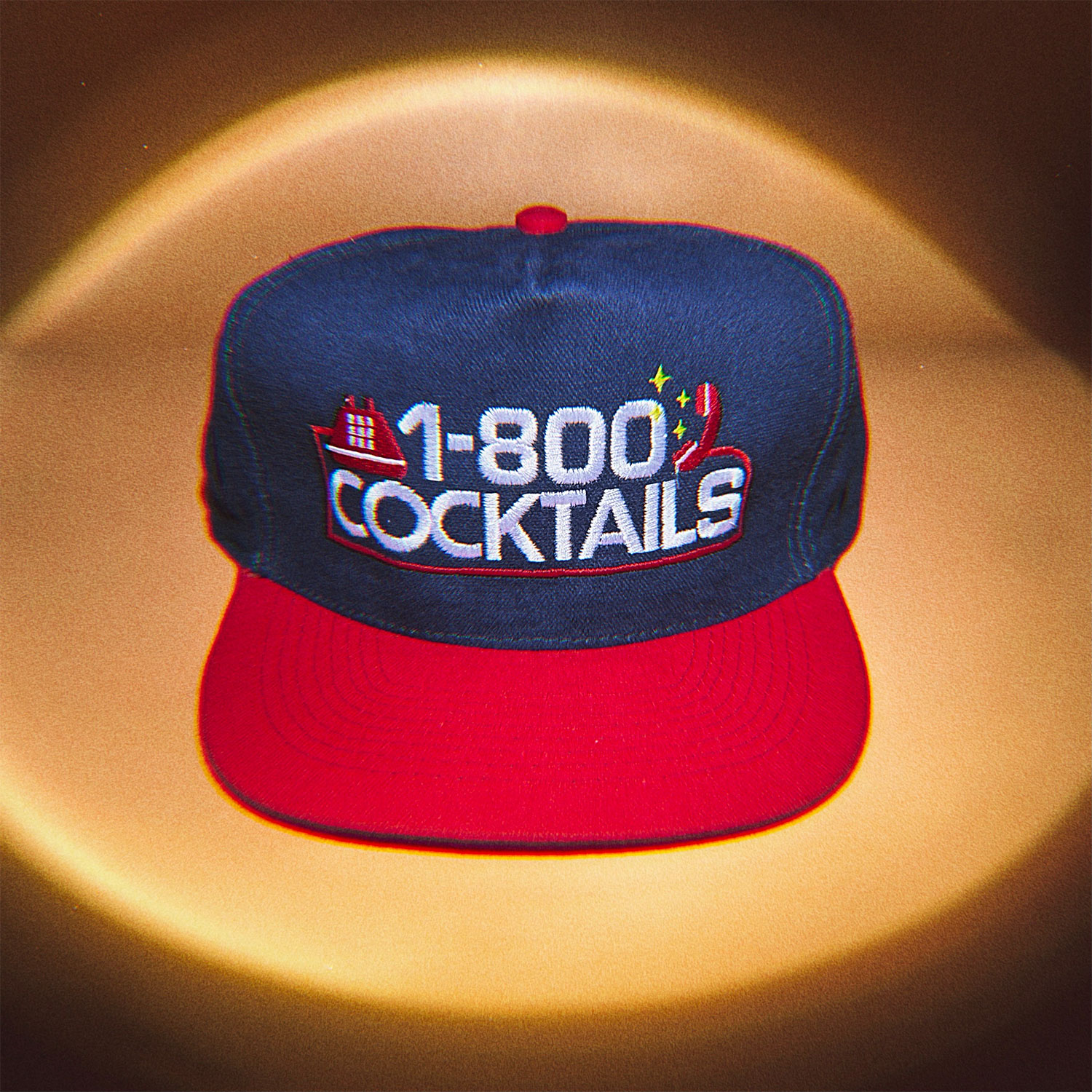 Brandon is a prolific artist himself, having designed many menus for Bittercube in the past. His ideas for 1-800-Cocktails come from a serious and straightforward philosophy. “I started to think about dress codes in the bar world, and hospitality at large, because there are a lot of written and unwritten rules that are out of date and in some cases oppressive,” he explains. “As an employee at any job, you’re a de facto representation of the business, so your appearance is supposed to reflect that. But it’s different for front of house employees because we’re also expected to use our personality to create an experience for guests and to increase sales. So there’s a ton of pressure to simultaneously ‘be yourself’ while suppressing your personality so you don’t offend the guest. I feel it’s a similar phenomenon to creating a customer service tone, or ‘phone voice.’ That’s where the 1-800 number connection comes from.”

Brandon hails from the Boricua Riverwest neighborhood, and it has influenced his art and ideas about reimagining cocktail culture. “1-800-Cocktails is all about rebelling against the phone voice and celebrating and/or commiserating with modern drink culture,” he says.

Truly, there is a place for people of color in drink culture, and it is something to celebrate. Brandon is here to remind us. 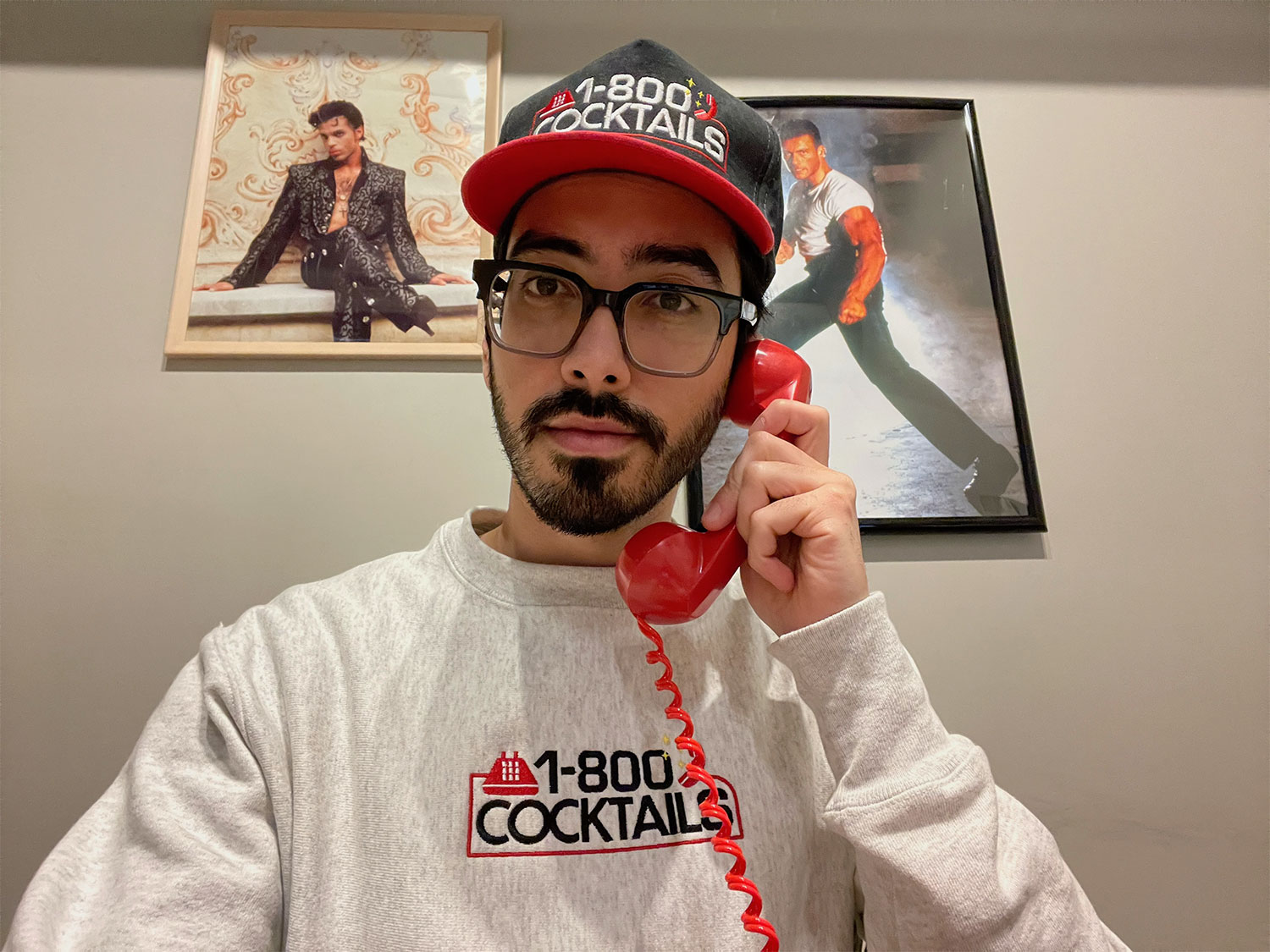