East Side staple and if-these-walls-could-talk “underground city” Landmark Lanes (2220 N. Farwell Ave.) is currently preparing for its big 95th anniversary week, September 26-30. The celebrations will include a massive game night run by Midwest Gaming Classic, a screening of The Big Lebowski at next-door Oriental Theatre (and a Lebowski-themed afterparty at Landmark), stand-up and improv comedy from Voyager, a Lakefront Brewery tap takeover (complete with a new beer unveiling), and more.

Oh, and ahead of all the action, and for the first time in 50-ish years, Landmark is getting a new marquee.

A sign crew was busy Thursday afternoon removing all three sides of the old marquee, replacing some electrical work, and installing the new marquee. They even uncovered an older, “Oriental Bowl” sign! 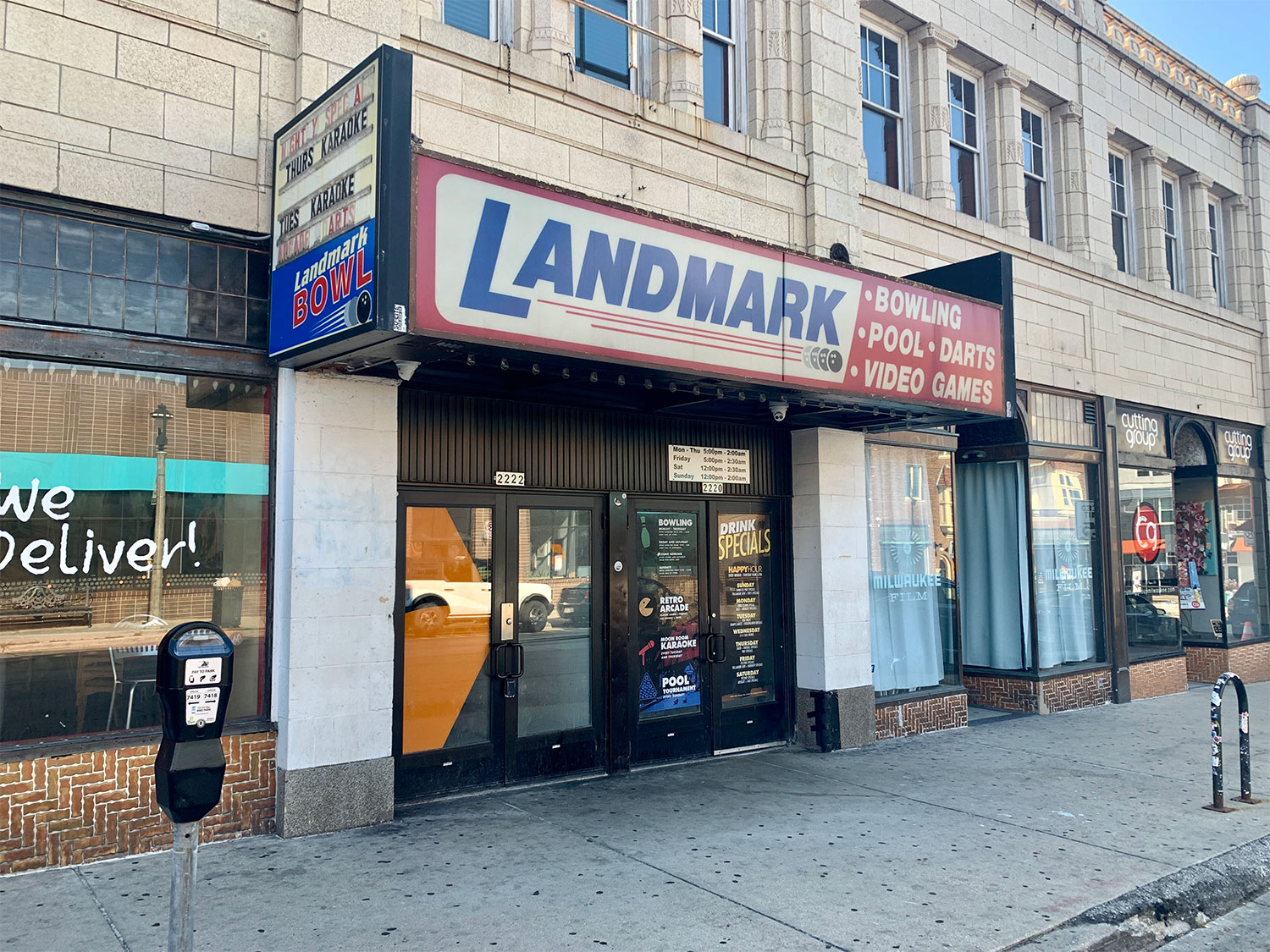 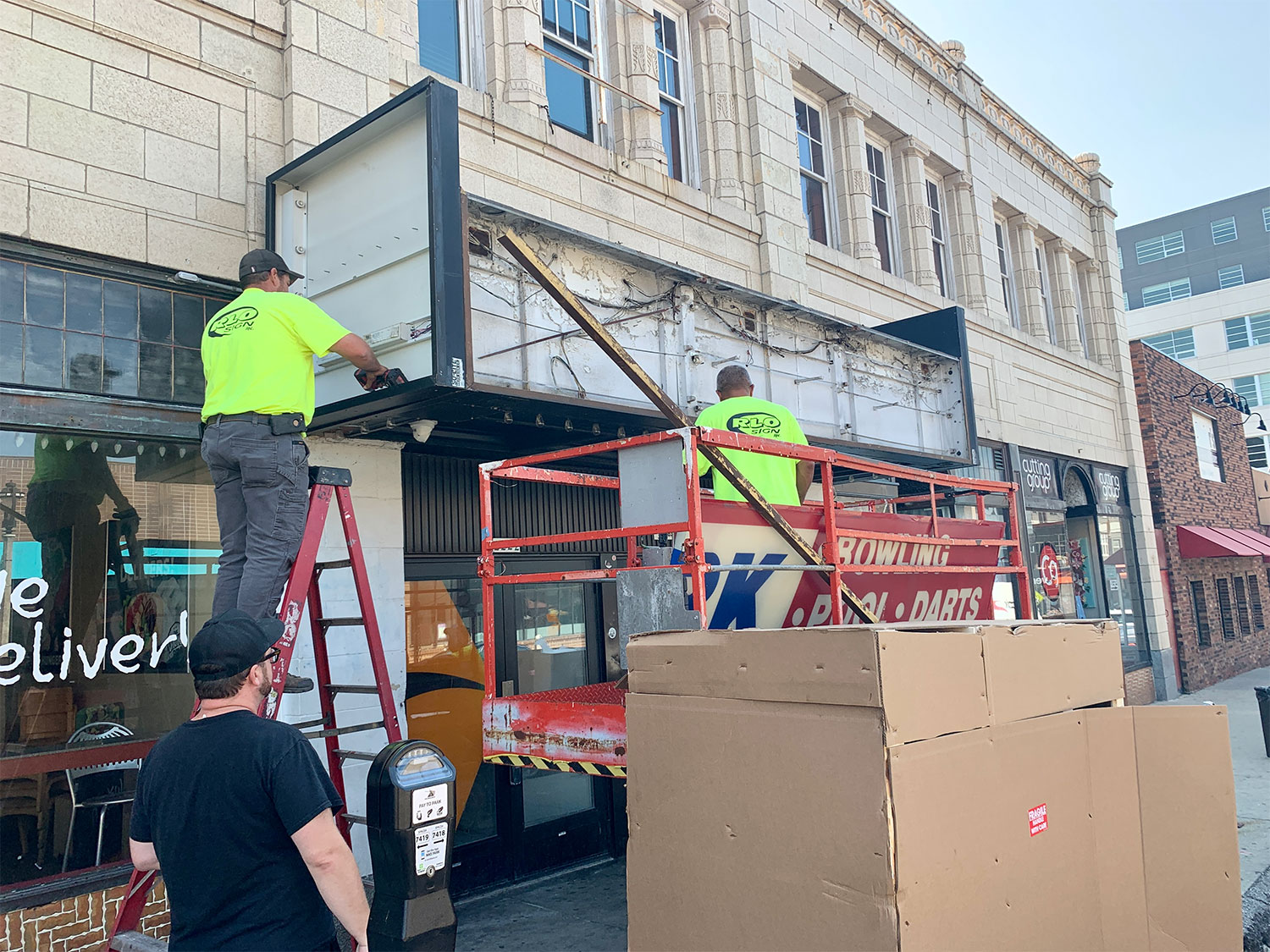 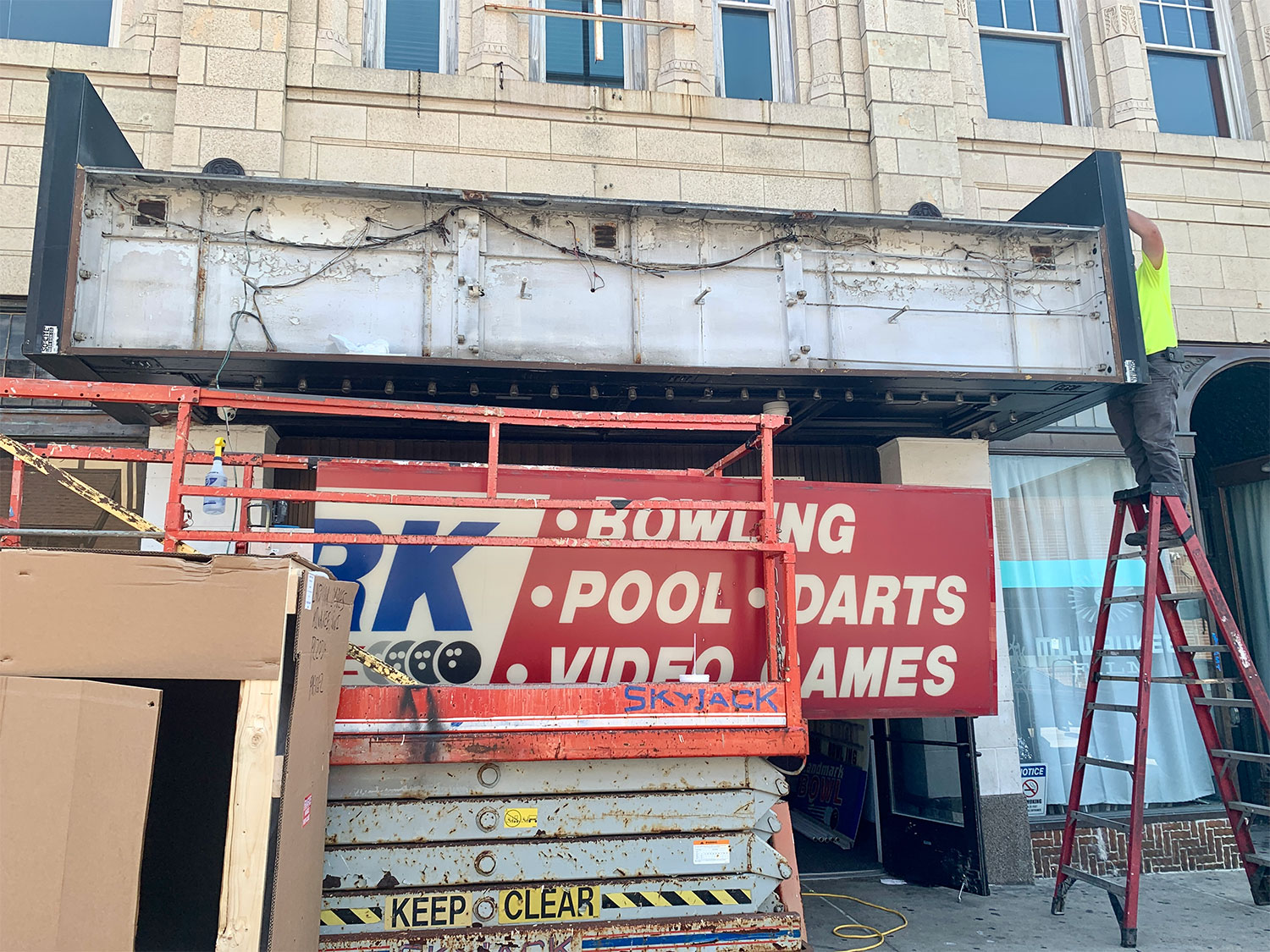 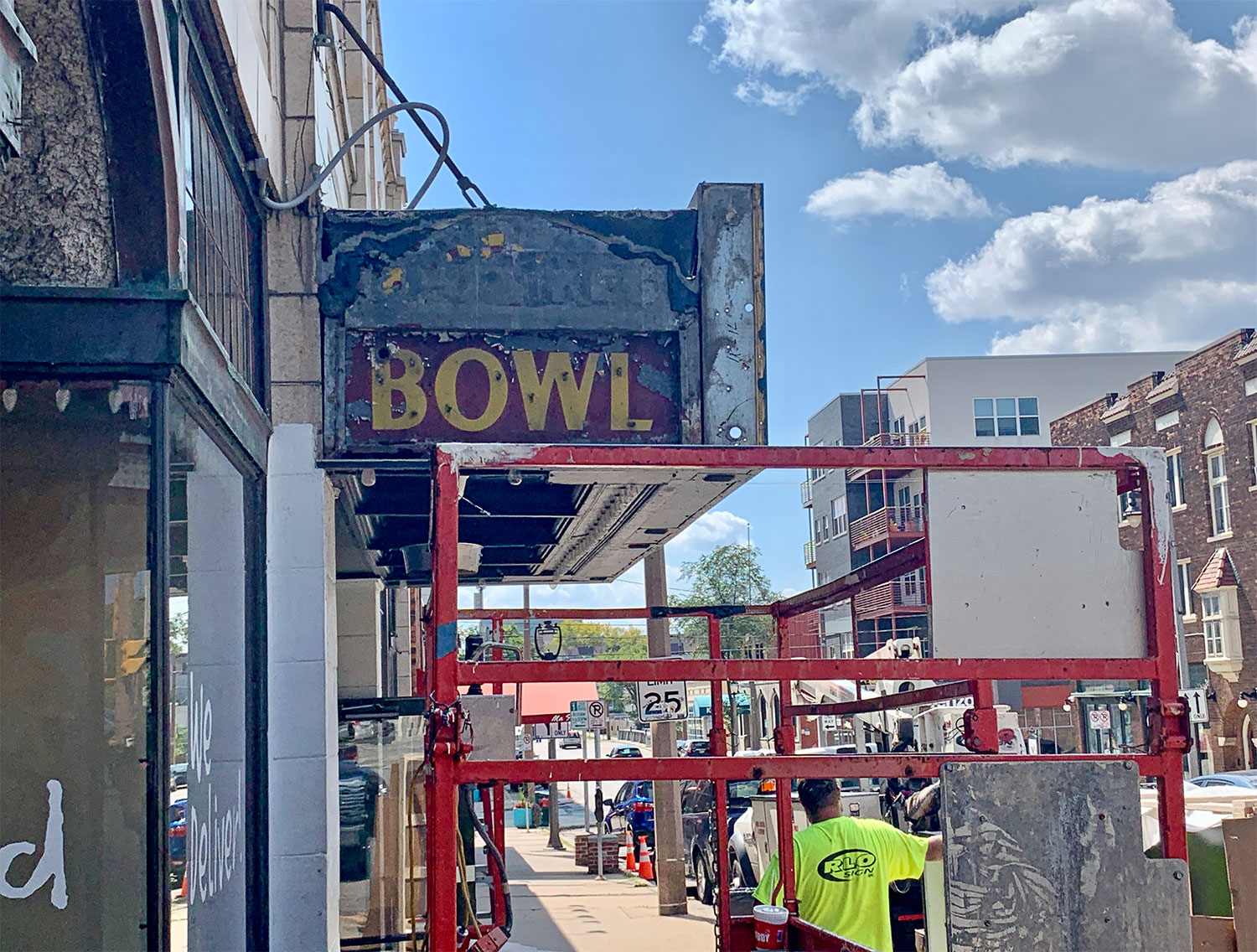 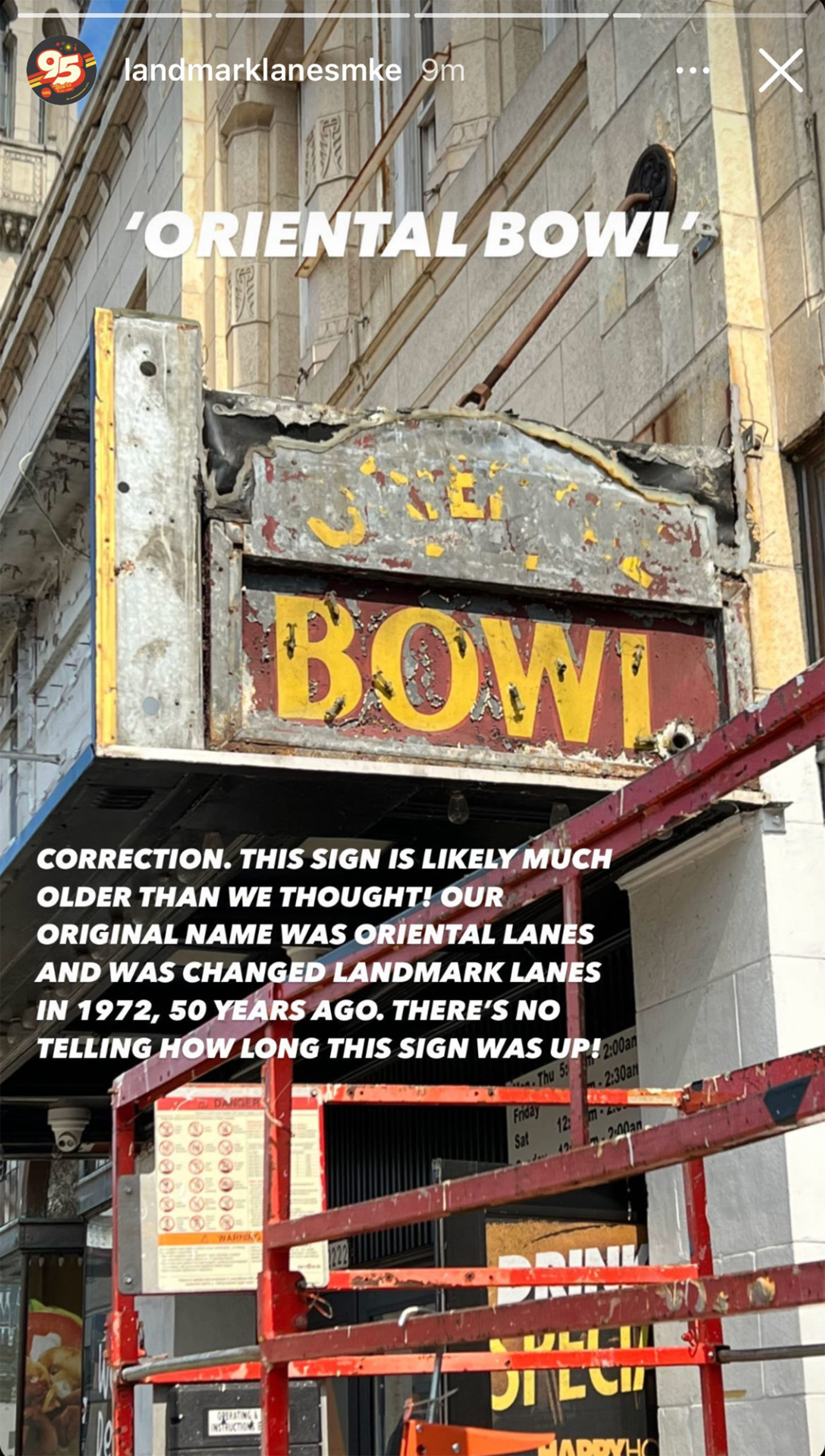 The new marquee was designed by Jason Gierl of Insect Hobby Design Co. Gierl has handled additional signage and interior updates for Landmark in recent months. Stop by and check them out! They’re great! 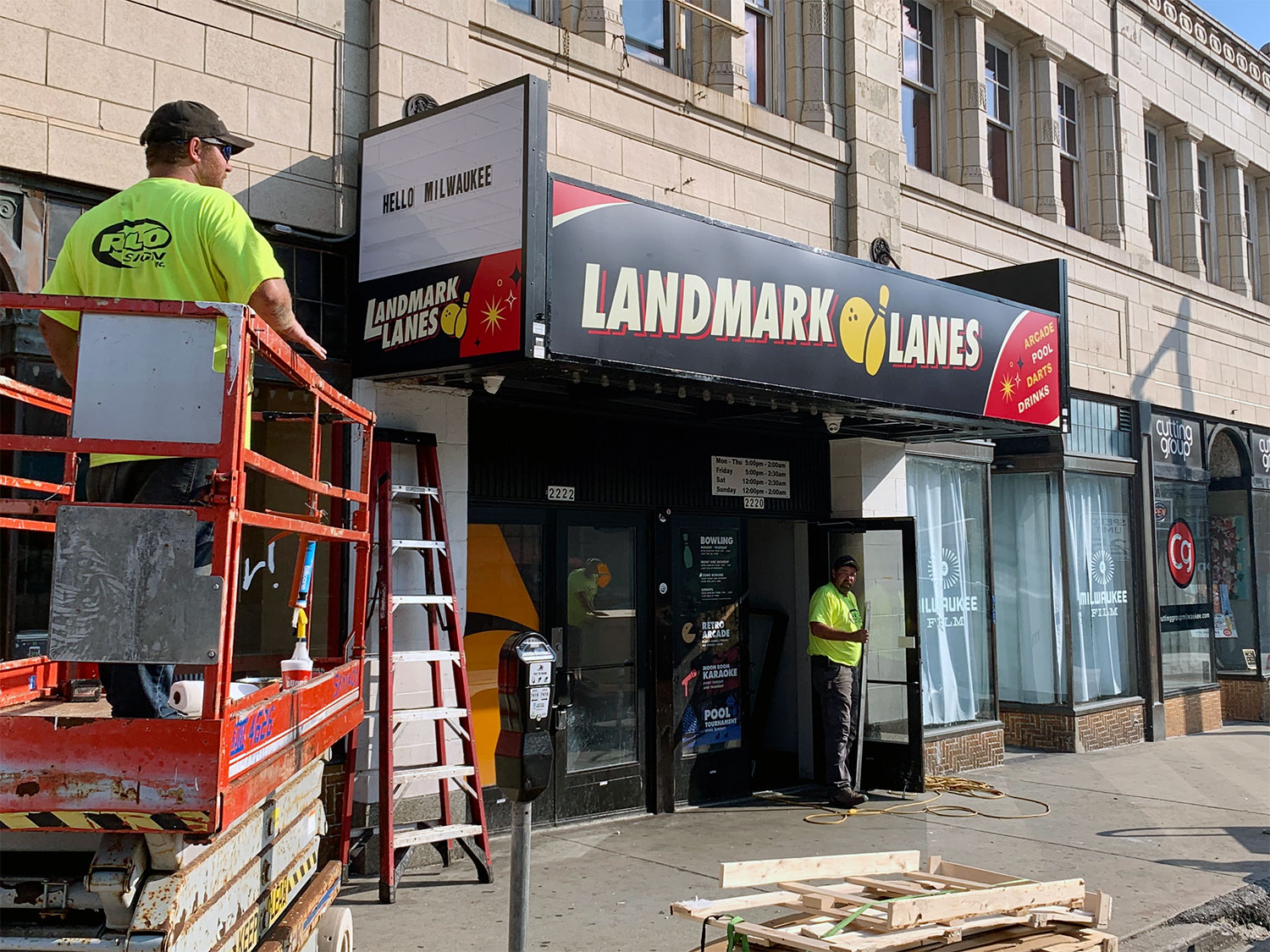 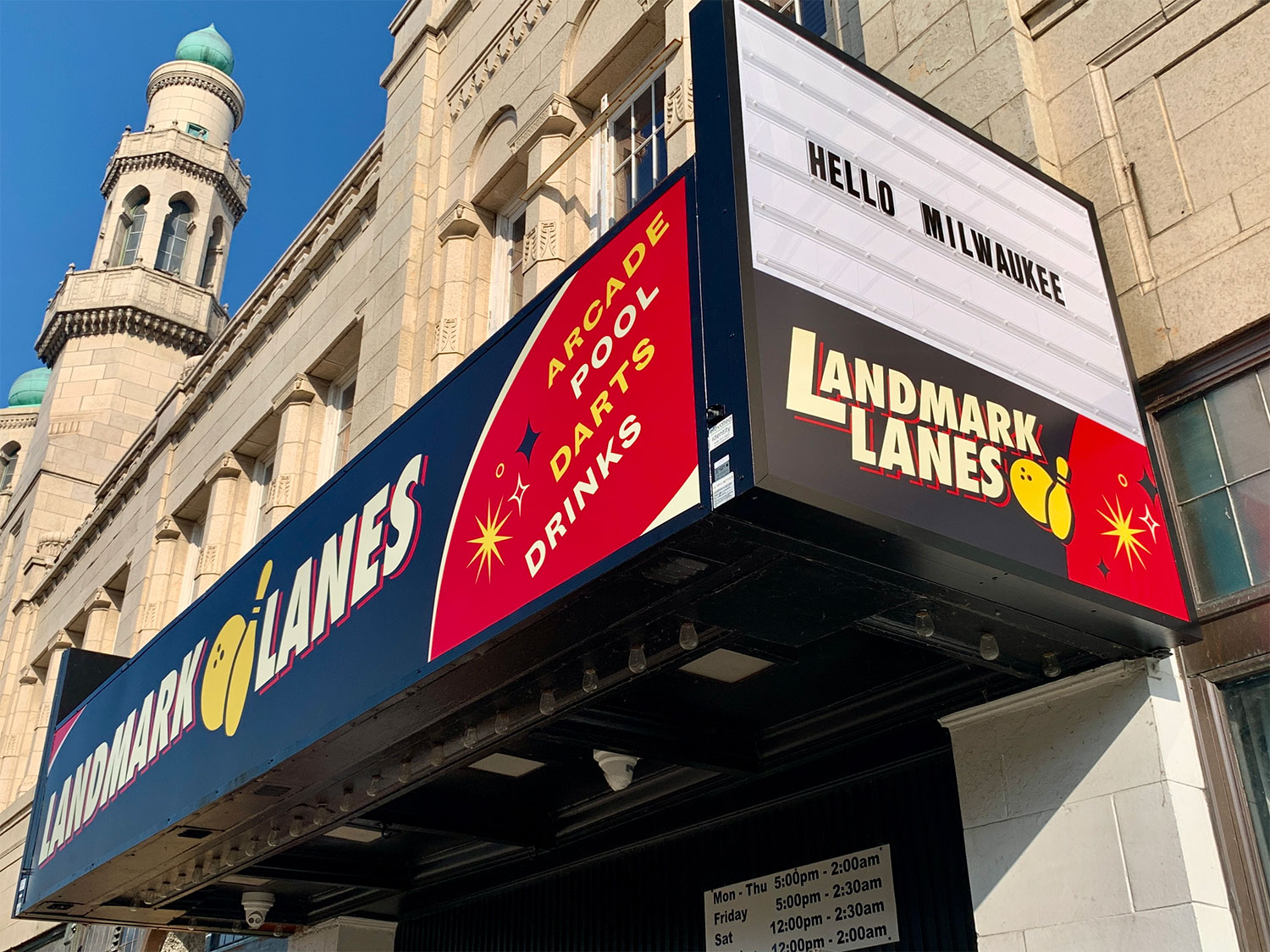 Oh, and don’t worry: the old marquee will be displayed in Landmark’s Back Bar. The one that was always packed on Tuesday nights. Back when you could smoke in there. Back when your clothes would smell like smoke for weeks afterwards. Good times? Yeah, good times. See you for the big 95th!