One week you are eating a fish fry somewhere, and the next week the place is gone. Remember Stoneridge Inn, the location for fish fry #233, just last week? Well, it is no more. First Red Deacon retired, and then the whole place shut down. And remember when I wanted to go to Walker’s Maple Grove for fish fry #221? People had been going there for almost 60 years, and the place just so happened to close right before I showed up.

But life isn’t all about loss (of fish fry locations), and what has since happened to the Walker’s Maple Grove building may give a grain of hope to those who have frequented Stoneridge Inn. Since mid-May, the building has been home to Emerald City Catering & Events (3555 S. 13th St., 414-762-8866). The new occupants had previously been in South Milwaukee, where they were just a catering and take-out place, because they didn’t have the space for events. The catering continues, but they now have room to host events, such as weddings and parties, and they also now offer Sunday brunch, and of course, a Friday fish fry.

I arrived just before 5 o’clock and found the parking lot pretty empty—which was such a contrast to so many Fridays where I’ve found overflowing parking lots. “Does anyone even know this place is open yet?” I thought. I walked in the entrance to the bar, and found one patron there, as well as a bartender. I paused and looked around, not seeing exactly where I was supposed to go. The bartender asked me if I was there for food, and then pointed me through some doors.

The doors opened to a large banquet hall. It was mainly carpeted, but had a wooden floor towards the center. To the right sat a replica of Dorothy’s ruby slippers. The hostess greeted me, asked if I was dining in, and then brought me to a seat. The spacious room was rather empty, with only 11 people at four tables (it got a little busier during my time there). The hostess gave me a list of all the things that could be included in the all-you-can eat family style fish fry: fried cod, baked cod, fried chicken, french fries, potato pancakes, applesauce, coleslaw, German potato salad, baked beans, rye bread, and tartar sauce. “If there’s anything you don’t want from this list, just tell your server, and they won’t bring it to you,” she told me. 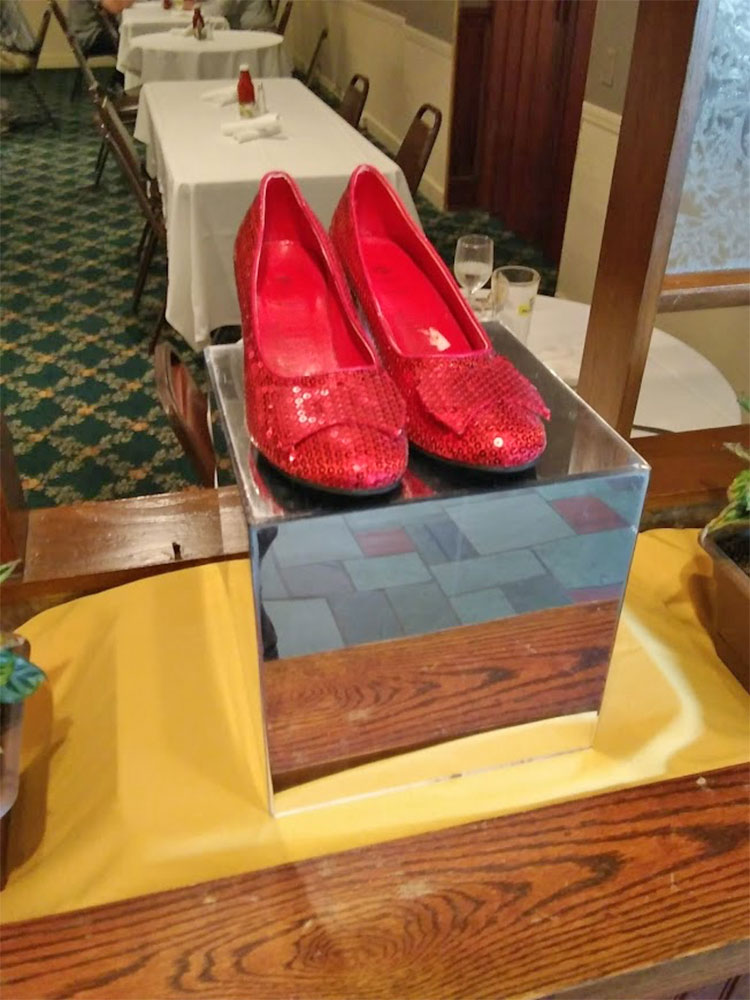 So, when my server arrived, I ordered a Brandy Old Fashioned Sweet, and 10 different items—everything on the list but the fried chicken. As I settled in and waited, the excitement began to bubble. The setup of the room was ideal for a fish fry, and that made me optimistic about the food. And then it happened—the Lazy Susan arrived. The wooden turntable held bowls of coleslaw, baked beans, potato salad, tartar sauce, and applesauce. A plate of rye bread was set next to it. Even though I was sitting alone, and didn’t have a family with me, I was served as if I did! I spun the Lazy Susan around with glee, and sampled the various bowls. The coleslaw was creamy with large cabbage pieces. There was very little seasoning, and it was actually quite bland, but was very crunchy. The baked beans were in a lighter sauce and had some little bacon pieces with them. Both the beans and potato salad were fine, but what the hell do I know about reviewing those things? I’m just getting the hang of describing coleslaw. The bread looked to be from a standard loaf of rye bread. It was so light that I had a really hard time even telling that it was rye.

After clearing most of the Lazy Susan, the rest of the meal arrived. It was served family style as well. Hooray! There was a plate with two pieces of baked fish, a plate with three pieces of deep fried fish and french fries, and a plate with two potato pancakes. The pancakes were soft, uniform, fresh, and non-greasy. Although a small amount of green onion was evident after cutting them open, they didn’t have much of an onion flavor. Actually, they didn’t have much of a flavor overall either. The fries were pretty standard, were super crispy, and also weren’t greasy. Like the fries, the deep fried cod was also very crispy. Nothing stood out much with the flavor, and the cod itself was of an alright quality. The most flavorful component of the meal was the tartar sauce; it was relish and dill heavy, with an enjoyable thick texture.

There are some awesome things happening at Emerald City, but I wanted to like the fish fry more than I did. The setup and presentation were almost flawless, which says a lot considering Emerald City has been in the location for less than two months. The room was perfect for a fish fry, I loved the way the food was brought out—especially the Lazy Susan—and the staff was friendly and efficient. It was also wonderful that the meal was all-you-can-eat, and there were many accompaniments to go with the fish.

Where Emerald City fell somewhat short was in the flavor of the food. It wasn’t bad, it just wasn’t what I had hoped. Nothing really stood out. The pancakes, fish, and coleslaw were all okay. It was sort of like if you were waiting for the MC5 to come on stage and launch into “Kick Out The Jams,” but Bread walked out instead, and started playing “Make It With You.” I mean, it would be okay, but it just wouldn’t be the same, and you’d be disappointed. Still, with so many other good things happening at the place, I think with just a little tweaking, people will be clicking their ruby slippers together in no time, and wishing they were at Emerald City.

Takeaways: Excellent setup and presentation; Lazy Susan; ruby slippers; all-you-can-eat for $14.95; the food is served family style, even if you don’t bring a family; dedicated and friendly staff; the food was alright, but some of it sort of reminded me of The Best of Bread album that is at every Goodwill in the United States; besides the dine-in Friday fish fry and Sunday brunch, buckets of fish and chicken are available to-go on Fridays, ham and rolls are available on Sundays, and a lot of other types of food can be ordered and catered to your event; speaking of events, you can now have an event at Emerald City too; Big Boss Sauce is also available for purchase. 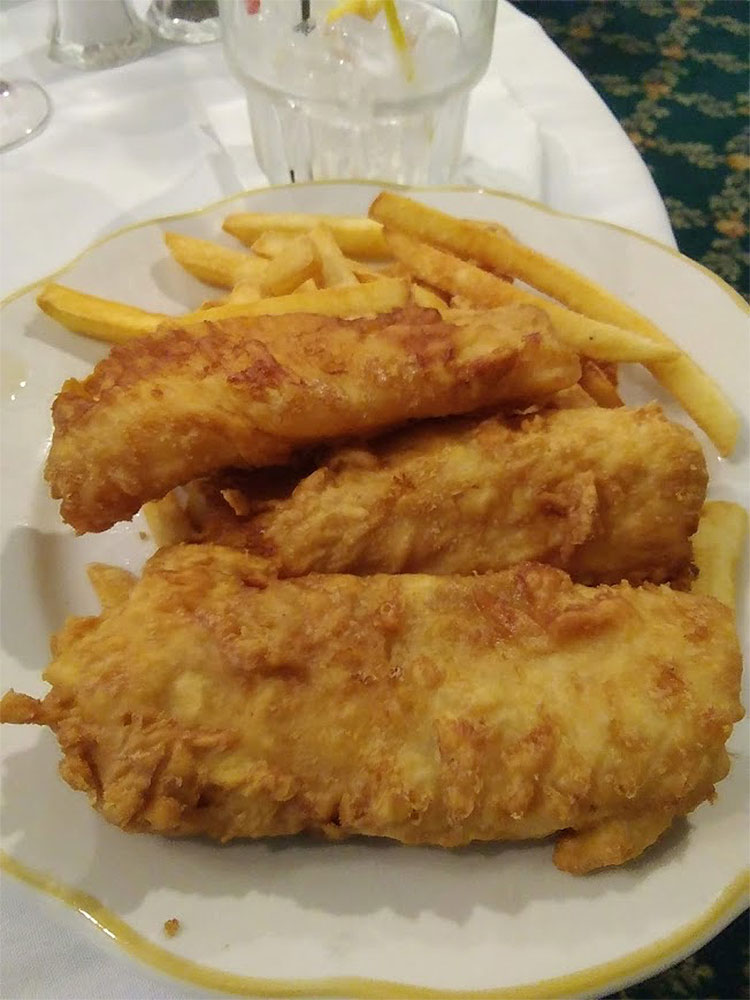