This past Friday I was tired and famished from working all day, and from having imbibed a few too many bottles of Blatz at the Milwaukee Record Book Club the night before. I decided to head over to Baby Boomers (182 E. Lincoln Ave., 414-483-2752), as I knew I could belly up to the bar for a quickly served meal, and be rejuvenated by the greatest sustenance known to humankind, the fish fry.

As I took a seat at the bar, George Jones was playing on the jukebox. I ordered a tapper of High Life and my meal. The tapped beer options are all domestics, and the tappers themselves look as if they have been there for decades. When it comes to fish there are no options. Haddock is all there is, and it is $9.50. Most places have cod as their default fry, so I don’t mind the chance to have haddock every once in a while. The options for seating are slim, as well. Almost all seating is at the bar, although there are a few seats towards the back, and there is a small patio.

While I waited for my food I took in my surroundings. Baby Boomers isn’t your usual Bay View hipster hangout; this place is a little grittier. This was the third time I’d been in there, and the first that I didn’t see bartenders doing shots with patrons. The jukebox always seems to be playing, and the voices of patrons increase as the volume of the songs rise. As the old time country music continued, I heard someone exclaim, “Come waltz with me!” I looked over to see people starting to dance. Someone else asked to have the volume turned up. Another person kept pounding on the other end of the bar. Keep in mind this was “dinner time,” not late in the evening. The clientele seem to be the folks that Merle Haggard sang about in “Working Man Blues.” Or maybe Neil Young wrote about them when he said, “See the losers in the best bars, meet the winners in the dives.” Baby Boomers is definitely a dive, and it has some character. By my estimation, the bar is also true to its name, as it appeared well over half of the people in the joint were baby boomers. 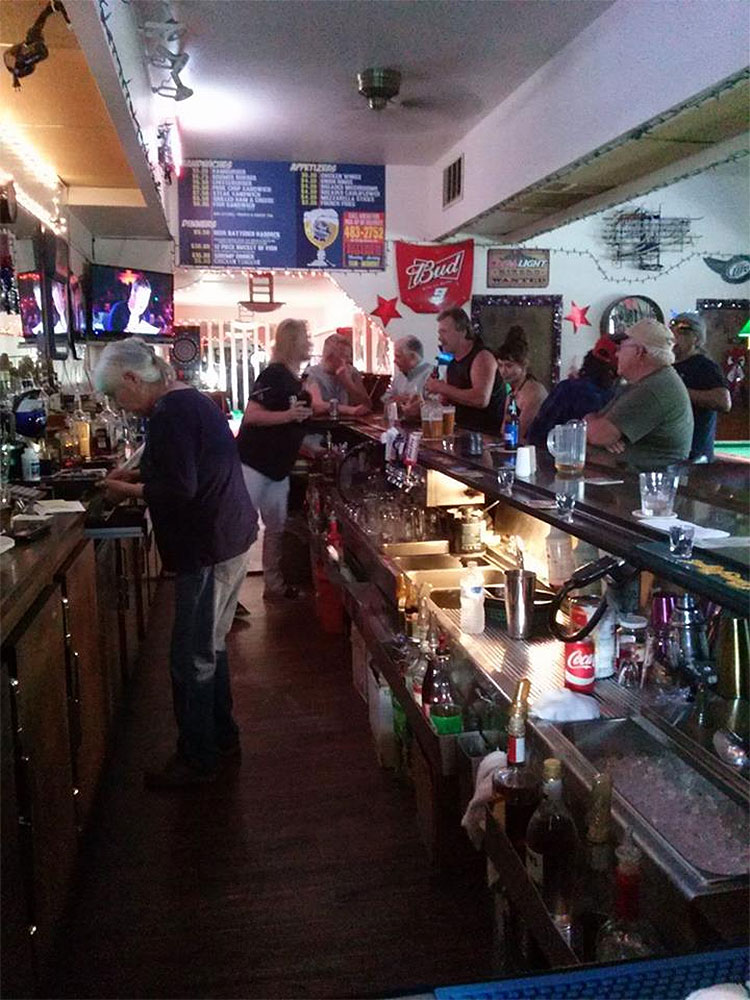 There was bit of greasiness to the fish and potato pancakes, but I don’t mean that in a negative way. It’s possible this was one of the more unhealthy fries I’ve had recently, but it really was an above-average fish fry. The haddock, which I was given three solid pieces of, was very good. Although it was a tartar sauce-sized portion of coleslaw, it was good enough that I could have eaten a whole bucket of it. Maybe it was just that I was so hungry and tired after a long day, but I devoured the decently portioned fish fry, and could have gone for another. If you are looking for a quick and tasty fish fry at a reasonable price, this is your place. Who knows, you might get asked to dance. 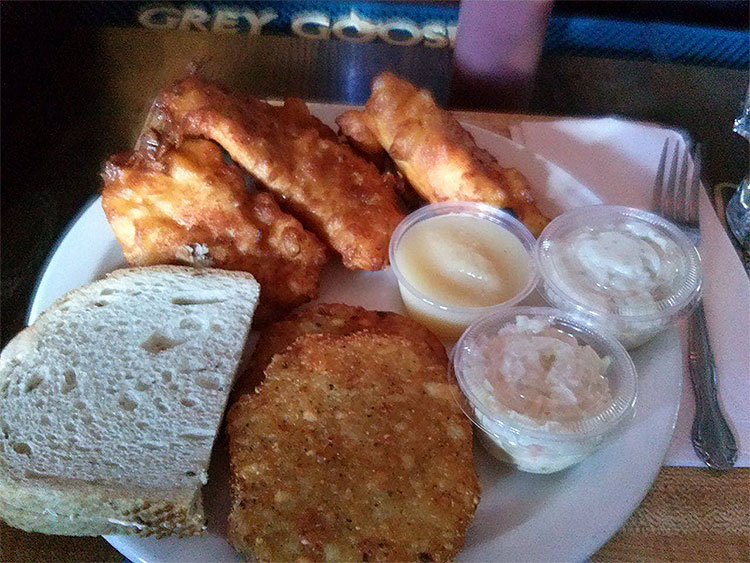