In case you missed the exciting chews, er, the exciting news, Doughboys—a popular chain restaurant podcast—is coming back to Turner Hall next month. That long-awaited live show, originally scheduled to take place at Turner Hall on Friday, January 28, was rescheduled to Friday, August 5.

After soliciting input from fans on social media last week, Doughboys received a ton of suggestions. Though people passionately campaigned for Nick Wiger, Mike “The Spoonman” Mitchell, and mystery guest(s) TBA to cover Wisconsin-based standards like Cousins Subs, Rocky Rococo, and George Webb, and a few people gave recommendations for places that aren’t even chain restaurants—Solly’s? Some pizza place in Mequon or whatever? The fucking Taco John’s in Waukesha?!?! Come on, folks!—the ‘Boys ultimately decided they’ll be visiting Kopp’s Frozen Custard.

With just three locations (none of which are actually in Milwaukee proper), Kopp’s oh-so-narrowly qualifies as a “chain restaurant,” but people love it nonetheless. Can it possibly match the likes of Platinum Plate Club member Culver’s? Will both Mitch and Wiger get “the rumblies” from the rich frozen custard? Will they reference the “Nuts For Daddy” seasonal custard flavor or the drama from when Kopp’s changed its burger buns a few years ago? Will a bunch of Kopp’s/Cops jokes be made throughout the show?

You can find out the answers to all that and more at the Doughboys live show at Turner Hall on August 5. Tickets are still available. Wow. 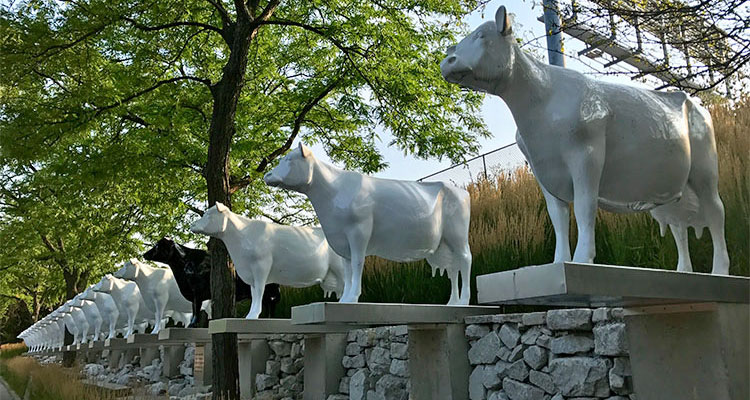