The mighty Milverine has been in our midst for more than a decade, power-walking his way through Milwaukee’s streets and into our hearts. The oft-shirtless icon—real name John Hamann—has been the subject of countless videos, news reports, Instagram posts, songs, beers, and even cat-themed Christmas cards. We love Milverine, but at this point, there’s not a lot left to say.

AND YET a just-released Vice documentary on Milverine sheds some new light—and pathos—on the former construction worker who just happens to bear an uncanny resemblance to Hugh-Jackman-as-Wolverine. First of all, dude is pretty amused by his “Wisconsin Legend” status. (“I’m not calling a TV station saying, ‘Would you do a story? Please?’ I got people chasing me down!”) Second, he admits he’s “not in the best of shape now.” (“I weigh about 190,” he says as he takes off his shirt.) And third, and most importantly, Hamann correctly believes Milwaukee is the “height of civilization.”

“It’s where all the intelligent people are,” Hamann proclaims. “Better than Los Angeles and New York.”

Oh, and the National Bobblehead Hall of Fame and Museum is apparently making a Milverine bobblehead, so watch for that! 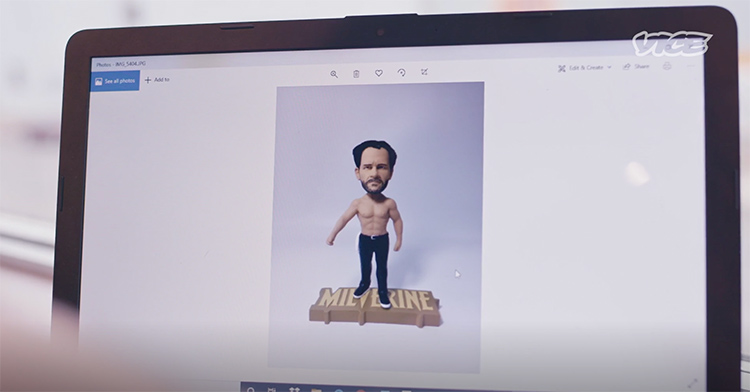 • Milverine has his own cat-themed Christmas card now