In the years since the discovery, unmasking, and mirthful exploitation of Milverine—a.k.a. Milwaukeean John Hamann, who looks like the X-Men’s Wolverine—the oft-shirtless power-walking icon has graced everything from T-shirts and magazines to billboards and film festival trailers. Oh, and don’t forget about cartoons. And emojis. And memes. Now, in a callback to that one time someone actually wrote a Milverine Christmas song (a song that appears to be forever wiped clean from the internet, which is probably for the best), comes news that Milvernine has his own Christmas card now. And on top of that, it’s cat-themed.

Available now for $5 from Broadway Paper, the house-designed card features Milverine (shirtless, natch), in his natural habitat (near the Allen-Bradley Clock Tower, natch), wearing a Santa hat (?), and standing next to a box of kittens (???). “Meowy Christmas from your favorite Milverine,” reads the card, subtly suggesting there might be another Milverine out there, patrolling the streets, listening to opera, and hauling ass to the Metro Market. The mind reels. Happy holidays, Milwaukee! 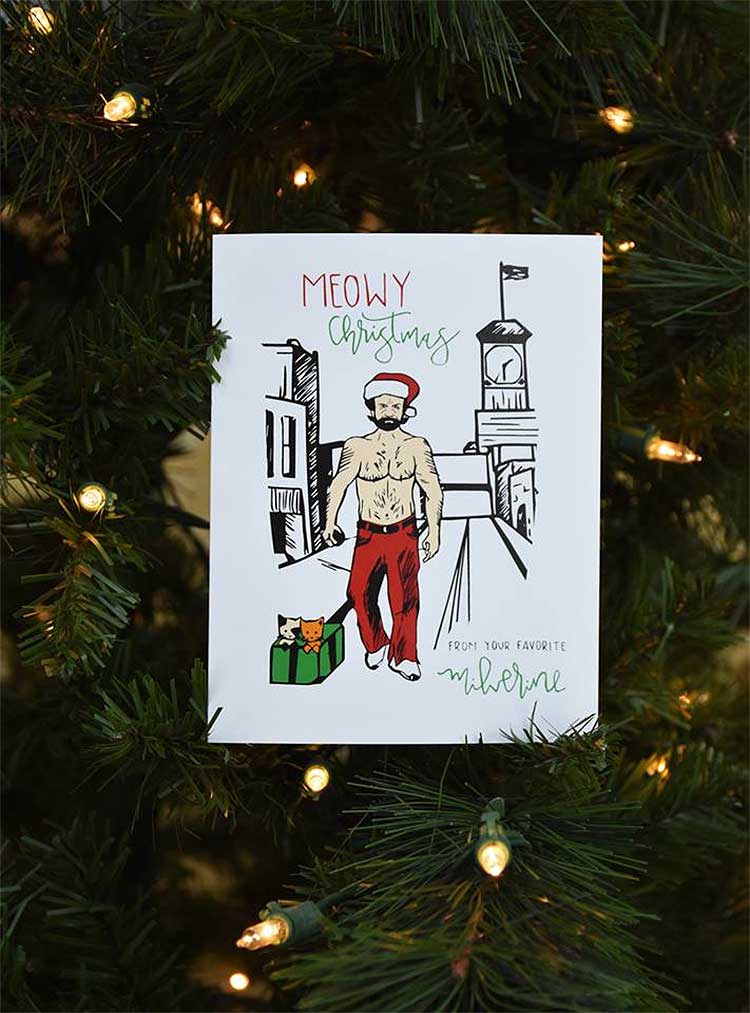