A lot has happened since August 2017, when owners of the Des Moines-based Up-Down arcade bar announced plans to open a Milwaukee location at 615 E. Brady St.—a.k.a. the site of the old Comedy Cafe. Another arcade bar, 1983, opened on Old World 3rd Street. A ramen joint that tried to pivot to arcade games in its final days closed. A partially demolished Comedy Cafe revealed a decades-old “ghost sign.”

But now, with spring (sort of) in the air, and the promise of ’80s and ’90s arcade games paired with craft beer and food still as tantalizing as ever, Up-Down MKE is once again rearing its pixelated head, Altered Beast-style. A splash page for the upcoming arcade bar recently went live, and a rendering of the new two-story, patio-equipped building has been released. Here it is: 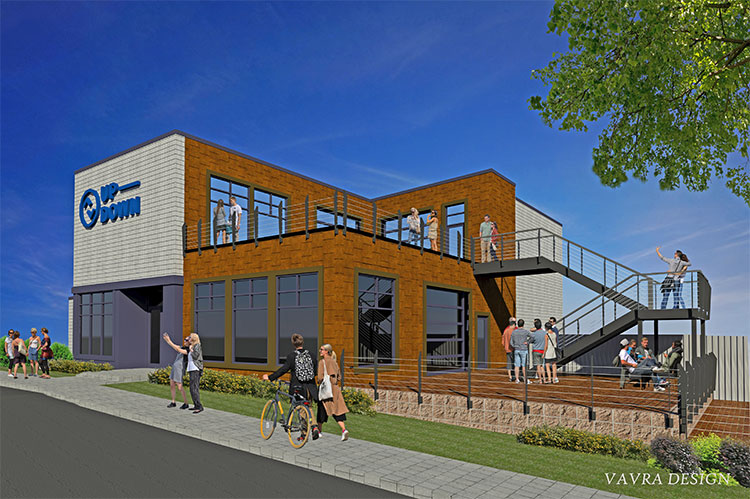 So long, black box Comedy Cafe where we once saw Screech do a set about how he was going to release a Showgirls sequel called Showguys; hello, new place where we can spend $8 on that four-player Teenage Mutant Ninja Turtles.

The demolition of Comedy Cafe was an unexpected hitch in Up-Down MKE’s plans, so the arcade bar’s initial spring 2018 opening has been pushed back to late summer or early fall. Until then, seriously: what’s the deal with Twin Galaxies and that Billy Mitchell dude?