Milwaukee Knockoff is an upstart venture that specializes in original, funny, and delightfully non-trademarked T-shirt designs. Can’t find an official Giannis shirt? Try Milwaukee Knockoff’s “A Greek Man Slams Dunk” shirt. The Bucks’ hashtag-friendly “Fear The Deer” slogan becomes “Be Afraid Of A Deer.” And get pumped for another round of The Planet’s Biggest Festival Of Music, “Summerface.”

“I love Milwaukee and all its quirks, and always wanted to design more Milwaukee-specific stuff, but never really had the right inspiration,” says the creator of Milwaukee Knockoff, who we’ll call, oh, we dunno, Larry. “So when Bucks fever gripped us all, I began seeing a lot of small vendors with unofficial shirts. Their shirts look WAY too good for knockoffs though, so I took it as a challenge to myself, like, ‘Oh, I can make WAY more knockoff-y stuff than that!'” 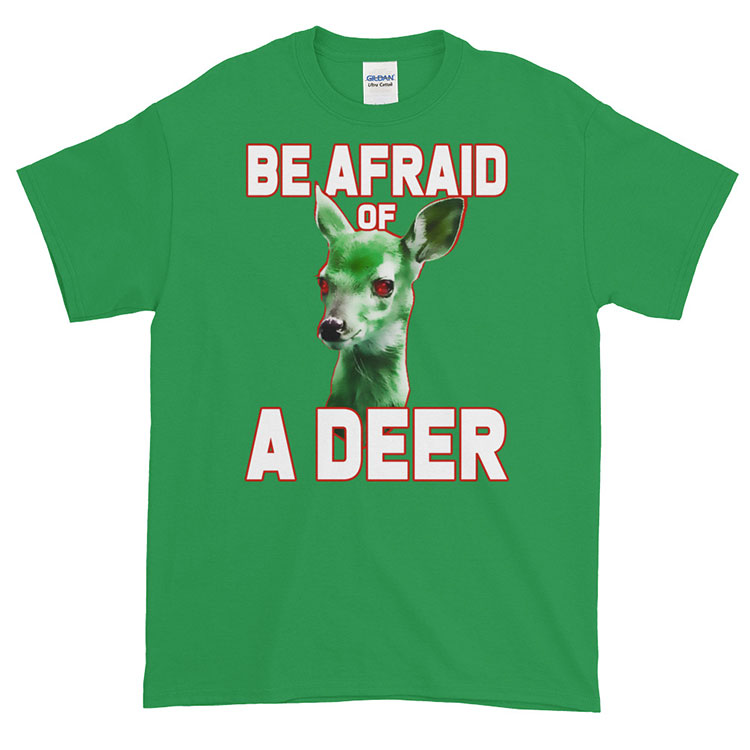 Non-specific takes on People’s Flag and PBR merch (“Beer From Milwaukee”) are also available, but Milwaukee Knockoff excels in its goofy Bucks designs. Er, make that the “Murder Deers.”

“‘Be Afraid Of A Deer’ was the first shirt idea I had, because ‘Fear The Deer’ is already such a hilarious rallying cry,” Larry says. “To make a generic version of it was even funnier to me.”

Milwaukee Knockoff was created as something of a gag (“This whole thing happened because my web host gave me a free domain name as an anniversary gift,”) but its shirt designs are sure to please anyone who enjoys a knowing wink with their Milwaukee Pride™. And there’s more to come.

“Essentially the whole thing started out as a joke,” Larry says. “After spending a few mornings designing shirts before work, it sort of snowballed, and here we are. Now I have a Google Doc of about thirty shirt ideas and counting. None of them are good, but I suppose that’s the point. In conclusion, apologies to everyone.” 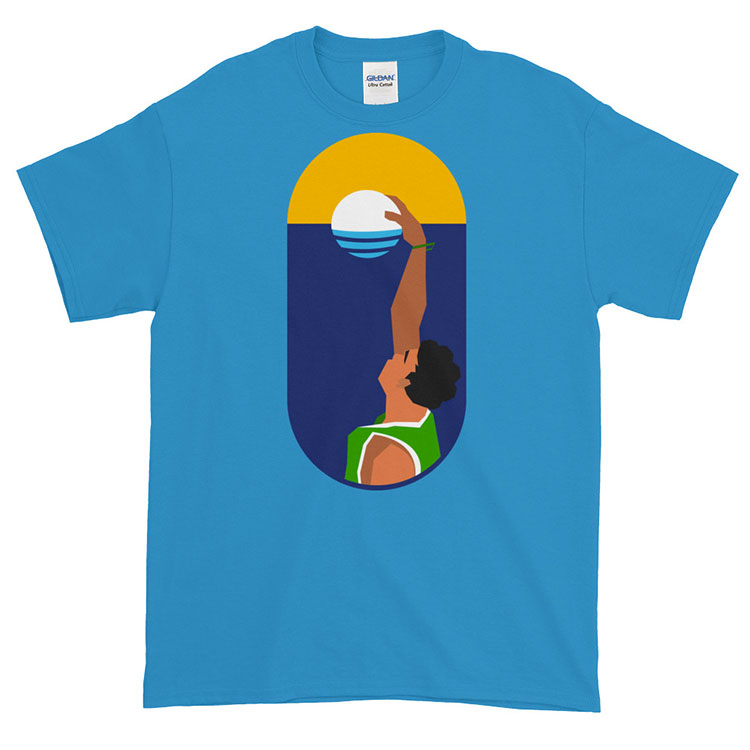