After five years in business, the owners of Rusty Sprocket Antiques (3391 S. Kinnickinnic Ave.) will be closing the store August 12 to focus full-time on their adjacent coffee shop, Sprocket Café. News of the closing was announced on the Rusty Sprocket Facebook page on July 3. Good Land Antiques will take Rusty Sprocket’s place in September.

“When the store is closed, I won’t have to go running back and forth [between the two businesses],” Juliet Popovic says.

According to Juliet, owns the business with her brother Dave, the pair wants to attract more lunchtime customers. They’re also planning to purchase a waffle maker and other equipment to make breakfast items. In the future, Sprocket Café would like to include early-morning fare such as Belgian waffles and egg sandwiches. Starting fall, the café will extend its hours into the evening to cater to students and the after-work crowd, Popovic says. Hours are currently 7 a.m. to 5 p.m. Monday through Saturday and 7 a.m. to 3 p.m. on Sunday.

Since opening next to the similarly-named Antiques shop in November 2016, Sprocket Café has added healthy new options to their menu, including a yogurt parfait with blueberries and granola, and salads that can be made with any ingredients used in their bagel sandwiches. Popovic says the Bike Club (ham and salami on sourdough bread) is one of the café’s most popular items.

Sprocket Café features Anodyne coffee and espresso drinks, including the Oaxacan (Mexican chocolate, milk and espresso), seasonal drinks such as an autumn-suited maple syrup and caramel latte, Sportea and other teas. Sprocket also offers desserts such as biscotti, donuts, and cake from The Cake Lady in St. Francis.

Adding to its food and drink offerings, Popovic says the business will continue to offer bicycle repair services on the weekends. The end of Rusty Sprocket Antiques is coming, but its closure will bring about an exciting new beginning for Sprocket Café. 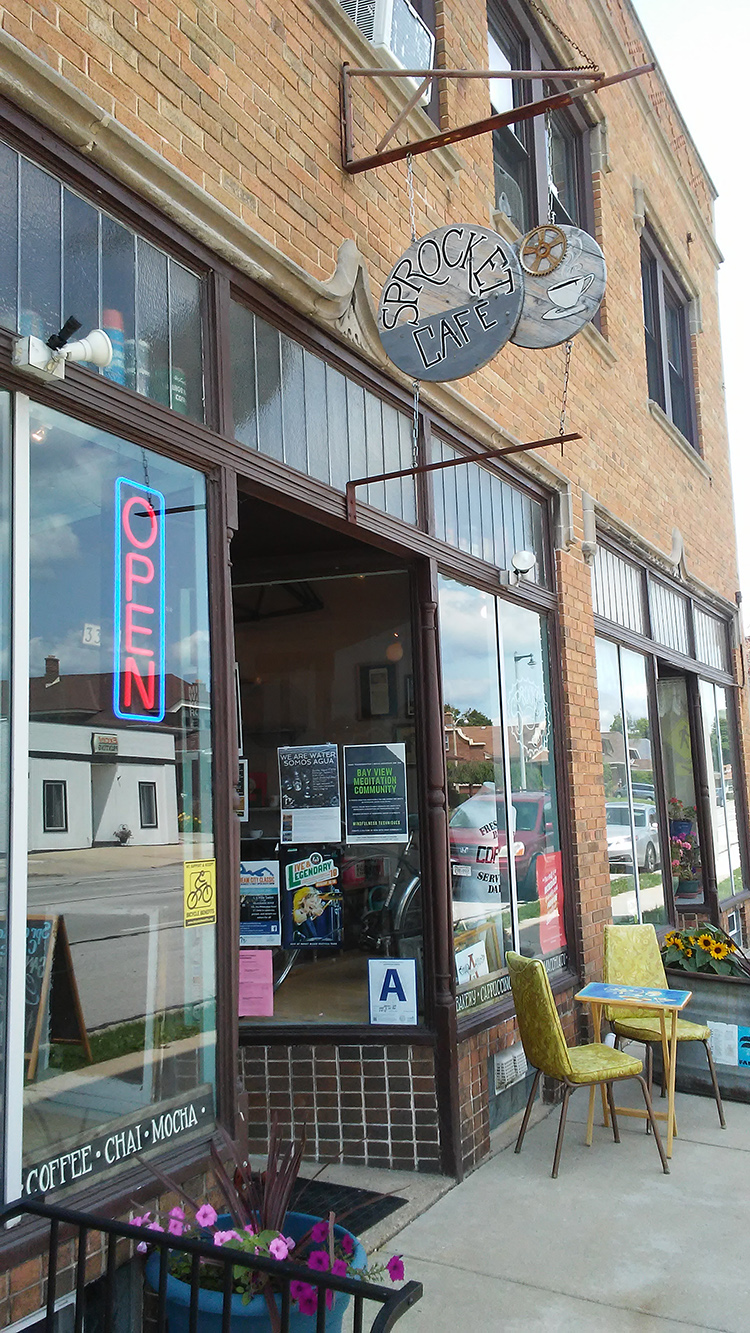