On Tuesday, March 12, Milwaukee County’s Parks, Energy and Environment Committee will consider a new study that recommends the full demolition of the Mitchell Park Domes, and the creation of a shared, $300 million facility—also at Mitchell Park—with a new Milwaukee Public Museum. The feasibility study was conducted by Gallagher Museum Services, at the behest of Milwaukee County.

“From our analysis, GMS has concluded that the Milwaukee Domes should be demolished. The cost of properly renovating the Domes greatly outweighs the benefit of doing so,” reads the study’s executive summary. “As part of our recommendation, we have concluded that the content and experience of the Domes could the be integrated into the Milwaukee Public Museum on the site of the current Domes in a new 222,000 SF building. The new building could be linked into the Greenhouse facility providing a 284,000 SF facility. This new facility is 60% of the physical space of the 2 existing complexes which would save approximately 200,000 SF of building space and provides a very efficient yet very strong guest experience for Milwaukee County and its citizens.”

The study was prompted by a proposal from Milwaukee County Board Supervisor Marina Dimitrijevic. In October, via a 2019 budget amendment, Dimitrijevic suggested the Domes and the Public Museum “co-locate.” A Milwaukee Public Museum Task Force was created. The task force staged several meetings, including meetings with the long-running Domes Task Force.

“When I looked at the 2019 budget, I did not see anything that was more than status quo that moved us ahead on our Domes,” Dimitrijevic said in October. “If we have a bold vision, people will come and support it. We deserve it in Milwaukee. We have to fight for more. We deserve more.”

The fate of the Domes has long been an issue. On January 29, 2016, a fallen chunk of concrete was discovered in one of the domes, thus kicking off a heated and increasingly confusing battle over the fate of the beloved-but-aging Milwaukee landmarks. A 2016 report put the cost of temporarily repairing the Domes at around $14 million, and the cost of a complete replacement at around $64 million. In 2018, the Domes Task Force identified eight options for the future of the Domes, ranging from “do nothing” to constructing a “Hybrid Redevelopment Adventure Dome Destination Attraction” with a totally sweet zip line.

Milwaukee Public Museum announced its intentions to build a new $100 million facility within the next decade back in 2017.

The facility envisioned by GMS creates “a blended experience that marries the immersion into the natural world currently at Mitchell Park and the journey of the human experience at Milwaukee Public Museum.” It sees this facility as “a model that can be self-sustaining, advance the mission of both institutions, and serve and inspire the people of Wisconsin.”

The full study can be found here, along with an appraisal of Milwaukee Public Museum’s current home and a study of its demolition. A picture of that cute/creepy little “fairy garden” in the Domes is below. 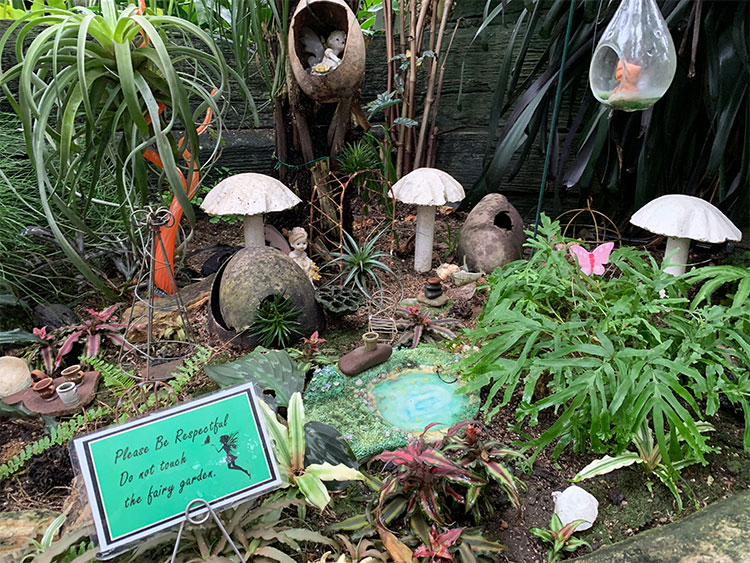