Even though Milwaukee’s East Side seems to be on its way to becoming one gigantic multi-use luxury apartment that’s surrounded by ramen restaurants, the neighborhood will always be home to cozy, historic houses that add to the city’s character and charm. Perhaps the most character-laden and all-around charming dwelling on the East Side—and maybe all of Milwaukee—is The Boat House.

The Cambridge Avenue home was built by Edmund B. Gustorf in the 1920s. The 550 square foot home has two bedrooms, two bathrooms, and a pristine view of the Oak Leaf Trail. Oh yeah, and it’s a boat. According to a 2012 Milwaukee Journal-Sentinel profile on The Boat House, the property was purchased and restored by William Kortsch in 1985 “so it wouldn’t be razed and replaced by a condo.”

This week, the landmark was put on the market. The Boat House listing claims “this is a once in a lifetime opportunity to own part of Milwaukee’s East side history.” The asking price of $389,000 seems a bit steep, but there aren’t many homes made to look like yachts to allow for a proper comparison. If you’re on the market for quirky house on the East Side and you have $389,000 to your name, take a tour. At the very least, check out the photos of the interior on the real estate listing.

UPDATE (3/27/18): Milwaukee Journal-Sentinel reports the Boat House, which was purchased in June of 2017, is for sale again. Its price has reportedly dropped to “about $200,000” and the article says there’s likely to be an open house the first weekend in April. 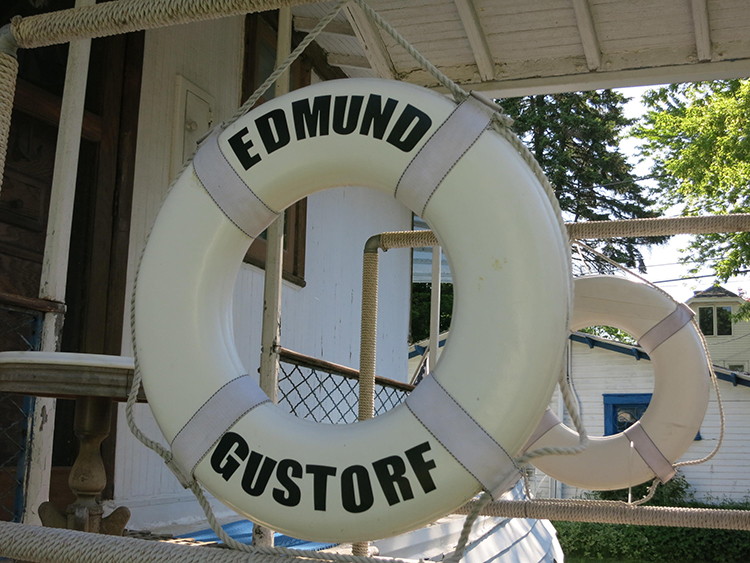