We’re exactly two weeks out from Milwaukee Day. At this point, more than a decade has passed since a group of friends realized Milwaukee’s 414 area code had a striking resemblance to the numerals in April 14 (or 4/14) and decided to turn that coincidence into a full-blown local holiday. While this Cream City civic celebration is now well-established (earning an official mayoral proclamation, a ceremonial first pitch before a Brewers game, a wide-reaching hashtag, and a holiday-themed beer), the 2022 edition is going to be a little bit different than its predecessors.

Not only will this be the first Milwaukee Day since 2019 to feel at least vaguely “normal.” This year’s holiday will also be led by somebody new. Recently, Milwaukee Day co-founders Andy Silverman and Brent Gohde decided to take a step back from the unconventional event they help create 12 years ago and put the holiday they built into the capable hands of Mocha Harris.

The wide-ranging holiday’s new primary planner and media contact was born and raised in Milwaukee before briefly moving to Atlanta for college. She returned to the city in 2018 and funneled her passion for music and her business background into a talent buying and booking venture called MKExpanded. With the blessing of Milwaukee Day’s creators, Harris is now looking to take the holiday to the next level. As her first April 14 at the helm approaches, Milwaukee Record recently met up with Harris to learn more about her and the vision she has for Milwaukee Day…both this year and beyond.

Milwaukee Record: How did you get involved with Milwaukee Day? What led you to being handed the reins of the holiday?

Mocha Harris: Actually, I’m from here, but I was living in Atlanta for five years. I came home in 2018 and I’m thinking I was creating my own thing, like “I want to throw a show on 414 Day!” So I threw a show on 414 Day and it was really nice. Then 2019 came around and I reached out to artists and asked them to perform on my show, and they asked me if it was officially a part of Milwaukee Day. I had never heard of Milwaukee Day, so I did a little research and started talking to people that worked in the industry, and I wound up contacting Kelsey [Kaufmann] at the Cactus Club. She said Andy [Silverman] was a good friend of hers and she texted him to ask if I could officially be a part of it. We collabed that year and had a really nice show with people like Genesis Renji and Nile on the card.

Then 2020 and the pandemic happened, but I reached out to Andy again last year and said “Hey, I’m really interested in Milwaukee Day. I really love the city. How can I be more involved? Could I be on a committee?” I have these big dreams. It could be as big as South By Southwest or as big as Coachella. I have these ideas in my head and he was interested, so as I’m talking to Andy, he’s like, “These ideas sound cool, but maybe you should do it.” 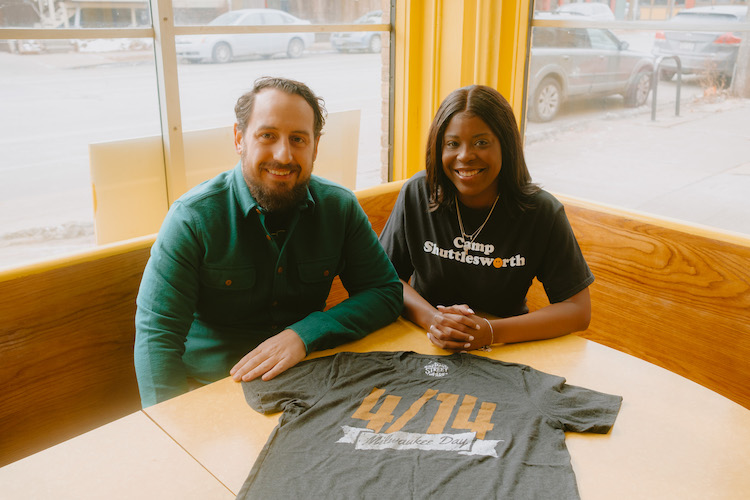 And this year I got the phone call saying “Hey, we really did a lot to get Milwaukee Day out there, but we really believe that you could be a person to bring it to another level.” I really do appreciate Andy and Brent [Gohde] for giving me this opportunity because Milwaukee Day is built. It’s a statewide holiday, it was on Jeopardy!, and people know about it. They gave me something that’s been built for 10 years, so now it’s time for me just expand the brand as much as possible. That’s my main goal.

MR: I think after these past two years, people are just excited to be celebrating together again. But what are a few of the ideas you have to eventually bring it to the next level?

MH: Like I mentioned, my goal is to make this as big as a Coachella or a day of Summerfest because it’s only once a year. More so, I don’t just want the artists inside the city to celebrate the city. I want to bring people into town to celebrate the city. We don’t really have a lot of big celebrities here, so if I could book some celebrities to come into town and celebrate our day, the brand can be on the internet and reaching more people outside the city. That’s my main goal. I want to make this a national holiday. That might not happen tomorrow and that might not happen in the next five years, but that’s my main goal.

MR: Milwaukee Day can be celebrated in a lot of different ways, and there’s potential for people from afar to partake in their own way by doing little things like drinking a Milwaukee beer or watching Bob Uecker on Mr. Belvedere on something. It doesn’t have to just be event-based. It can involve small businesses offering specials. Is that an aspect you’re looking to expand as well?

MH: Yeah, I definitely want to help small businesses by telling people about deals that are going on and by bringing traffic to their websites and their businesses. That’s what my main focus is this year: figuring out ways to help small local businesses gain more traction after the losses that they’ve had in the past two years.

MR: Even before you got Milwaukee Day, I know you’ve done a lot of show promotion under the “MKExpanded” umbrella. What’s your background in entertainment, marketing, and in general?

MH: I do so much stuff. I do the marketing side of things, and pay attention to analytics and other technical aspects. I’m getting my MBA in digital marketing currently. I do promotion, branding, artist development, I throw the shows, and talent buy. I just have my hands in a lot of things. I used to say I’m a marketer that loves music, but I’ve turned that skill set and that passion into a lot of different things.

I’m just trying to do whatever I can to continuously create platforms for local talent. I did have an opportunity to work in Atlanta and an opportunity to be in California, and I see what the big markets have to offer. But one thing I did notice is we have a lot of talent here and it’s so hard to get out because it isn’t a city known for entertainment or music. When I go down south and people find out I’m from Wisconsin, they mention the Packers, they mention beer, and they mention the cold. It’d be cool to have Milwaukee on the map for more than those things.

MR: What are some things people can do if they want to get involved in Milwaukee Day this year?

MH: I’m accepting everything if people come my way. That’s one thing Andy wanted me to do is make sure we don’t turn down nobody. If somebody emails us about being involved, let them be involved because we want everyone to feel like they’re part of the holiday. That’s one thing I want to continue to do.

MR: Is there anything way down the road that you’d like to do? Like, is there an ultimate Milwaukee Day goal or achievement you want to do eventually?

MH: If I could have an official Milwaukee Day stage at the Fiserv, that would be cool! That would be really cool. That’s where my head is at. That’s the dream. Even before I got this opportunity, I was always like “If I can get a show in the Fiserv to celebrate the city, that would be amazing.”

MH: I would also like to say that the change in Milwaukee, as far as us having unity, is coming. I want to celebrate the east side, the west side, the north side. I want us to come together as one because I think if we put our minds together, the city could do something great. There’s too much talent here, too many smart people, and too many creatives. If I can help bring some attention here to the city, I believe it’s going to bring something great. And me getting this opportunity is going to be the start of it. 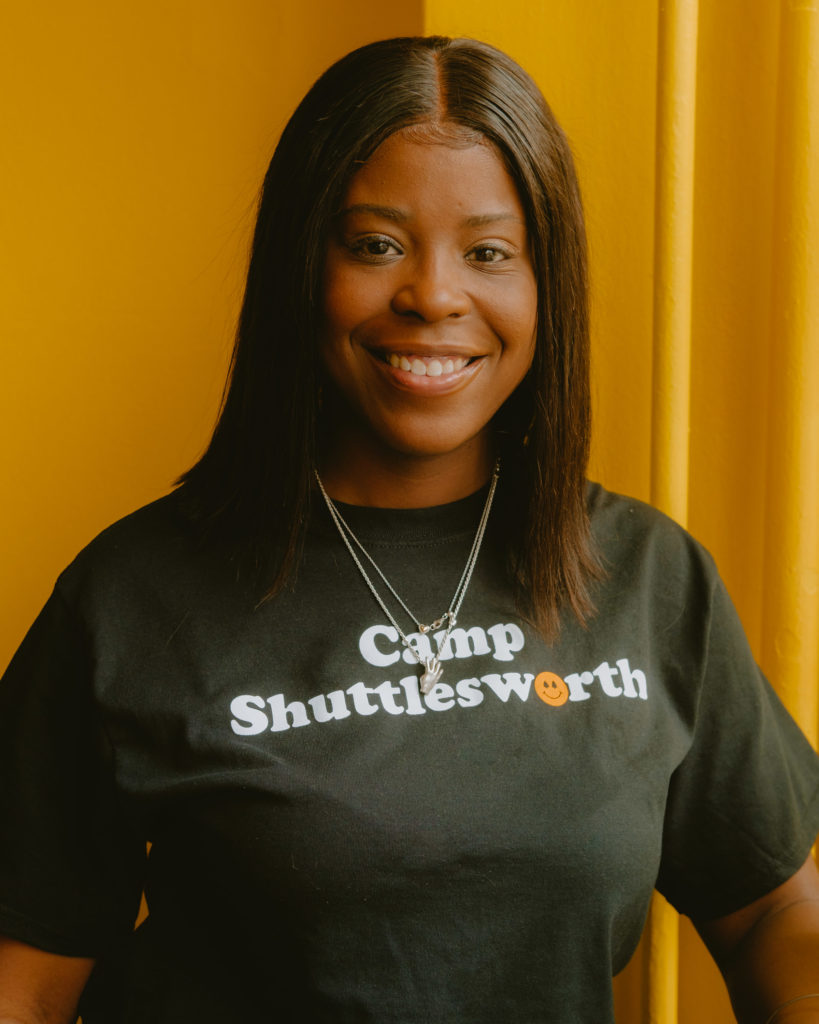