It’s been quite a week for Milwaukee Day. Just one day after we announced Company Brewing would be making a beer to honor the upstart area code-based holiday, Milwaukee Day was referenced on an episode of Jeopardy! The question/answer about the annual city-centered celebration appeared around the midway point of the long-running game show’s February 14 episode.

This is the best Jeopardy! moment with local relevance since that time Aaron Rodgers was a contestant and maybe said “fuck” on air. Milwaukee Day may have started as a joke, but after the events of the past 48 hours, it’s safe to say it’s the real deal. 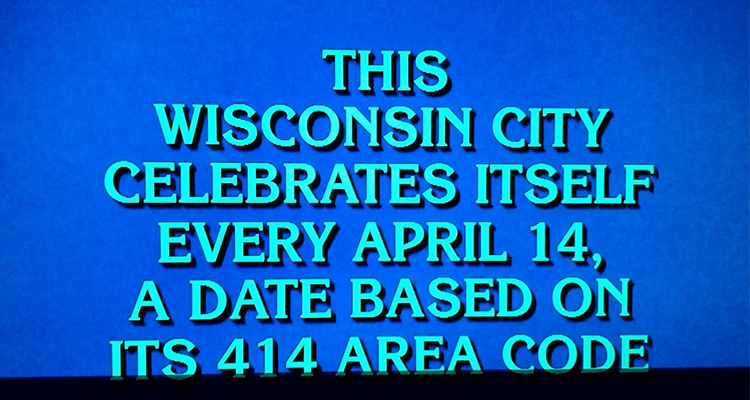