This article originally appeared on our Patreon. Want to support Milwaukee Record and get exclusive content that (unlike this re-post) will never appear on our site? Click HERE. Thanks!

What’s in a name? Think about it. Moments after we’re born, we’re given a sound—a grouping of letters—that, for the vast majority of us, will serve as our identity for the remainder of our time on this planet. The utterance (a combination of a unique first name and a typically-less-publicized middle name, along with a surname that’s shared with at least one birth parent) encapsulates one’s being. It’s the simple label to help succinctly sum up a complex system of bodily functions, emotions, beliefs, behaviors, and experiences. The collection of syllables will be the thing you tell strangers at parties, what you’ll write on forms at the DMV, and the thing a barista will jot on your coffee cup with varying levels of accuracy so that a connection can be made between that sound/arrangement of characters and a living, breathing soul.

In an ever-expanding universe that’s been around for billions of years before you got here and will forge on countless eons after your momentary blip has concluded, a name—along with any accomplishments affixed to it—is the whisper into the infinite void, the graffiti on the bathroom stall of existence, the desperate reminder to a realm you didn’t ask to enter that simply states: “I was here.” Pretty trippy, right?

Of course, on a planet that currently hosts approximately eight billion human inhabitants and that has been home to countless trillions of others over the unfathomably long march of time, your name—the only thing that’s truly and permanently yours—actually isn’t something that you and only you possess. Some parents, whether out of hubris or an effort to foster a lasting familial connection, simply decide to give their child their name, tack “Jr.” on the end, and call it a day. Other times, last names taken in marriage result in doubling (for example: my mom and aunt were both named Jackie Maas at one point). Most often, though, a combination of parallel thought and the sheer endlessness of Earth’s possibilities leads to people having the same name. 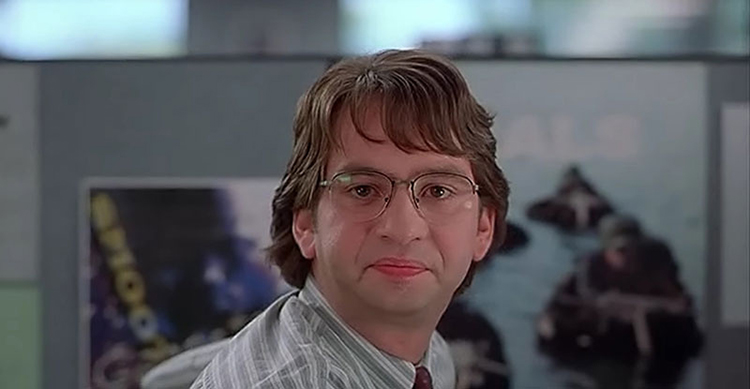 Yes, we all know situations like Michael Jordan and Michael B. Jordan or the character in Office Space who is tormented by the existence of another, more famous, Michael Bolton. On the morbid side of things, anticipated first and last name similarities is the reason mass murderers are referred to on a three-name basis. Yet the scenario of overlapping identification isn’t simply reserved for folks with famous (or infamous) names. Though we’d like to think we’re all unique snowflakes with our own hopes, dreams, personalities, and a name that is ours, that’s just not the case. With the vast convoy of people navigating life, it’s probable—if not guaranteed—there is someone (and, more likely, many people) exactly like every one of us out there. And that also crosses over into shared nomenclature.

For example, I know of two guys named Andrew Hartzell in Milwaukee alone. Some former Milwaukee athletes—Ervin Johnson, Will Smith, and Corey Hart—aren’t even the most notable people to have their name. Similarly, I’ve discovered that I am far from being the only Tyler Maas out there. In fact, there are a bunch of us living in the same 100-mile radius. A semi-narcissistic (and, yes, sort of drunk) Facebook search recently corroborated this claim. One Tyler Maas hails from West Bend and currently works for a beer distributor in Stevens Point. Another appears to be a trucker who lives in Green Bay. Yet another works for Maas Petroleum in nearby Brookfield and we even have a mutual Facebook friend (who is named “Tyler” too as chance would have it). There’s also a Tyler Maas who is an account executive in Chilton, Wisconsin. 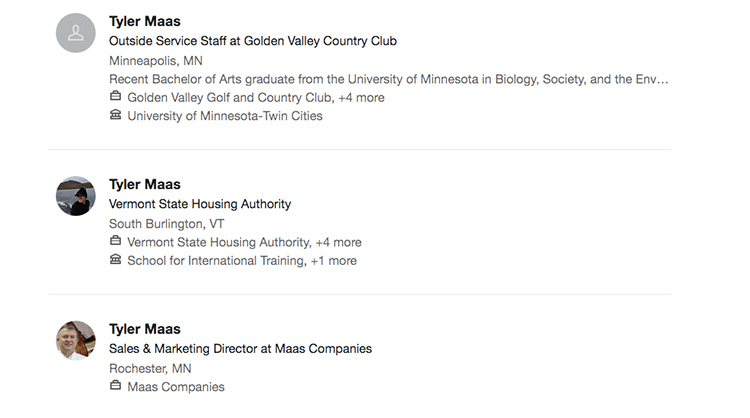 The admittedly dumb discovery of other vaguely local, likely Dutch dudes in Wisconsin with my same name prompted me to expand my search. A basic Google search offered the following info: 1. I’m, sadly, the top Tyler Maas result (I suppose writing thousands of articles and recording hundreds of podcasts over the past 15+ years will do that). 2. There are 11 guys named Tyler Maas—including some of the gentlemen I mentioned above—on LinkedIn. I am not one of them. Please stop inviting me to join LinkedIn. I also found close to 30 Tyler Maas accounts on Instagram, including an avid weightlifter, a Tyler in Texas who seems quite proud of his BMW, a Twitch streamer/aspiring actor in Los Angeles, and a Tyler Maas who shares an account with his wife.

Eventually, I made my way to Twitter, where I proceeded to follow a few Tyler Maas accounts. To my surprise, one of them immediately followed me back. Within minutes of him realizing I existed, he messaged me to remark how crazy it was that we had the same name—including the same middle name (“James” is in my Twitter handle because the aforementioned Twitch streamer got to @TylerMaas first). We sent a few more messages to each other about where we’re from and he sent me a meme of Dwight from The Office that read “Identity theft is not a joke Jim.” I responded, “Don’t worry. I wouldn’t dream of stealing your identity. I don’t even want my own,” to which he said, “Damn. We relate on more than just names.” 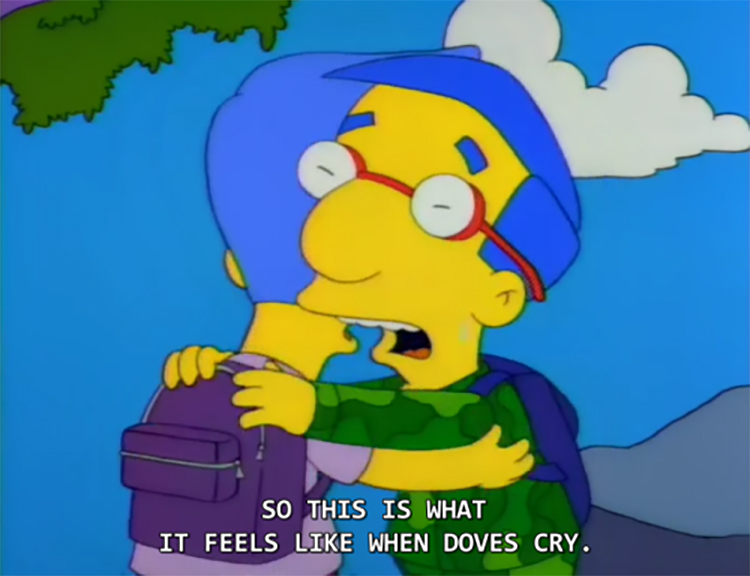 The brief back-and-forth in mid-May was nice in a “what a fun coincidence!” sort of way. I could have just left it at that. However, the exchange with this stranger living states away—who also seemed to have a similar sense of humor to mine—got me thinking if there were other similarities we shared. I felt like Milhouse Van Houton when he encountered another blue-haired Milhouse in that Simpsons episode where the kids went to retrieve a lemon tree in Shelbyville. “So this is what it feels like when doves cry” indeed.

Motivated by curiosity (and, yes, the underlying hope I could maybe squeeze an article out of it), I decided to ask if I could send him some questions for an exclusive Tyler Maas interview with a different Tyler Maas. Shockingly, he said sure. Rather than make this already-extensive piece twice the length by pasting the interview, I—Tyler James Maas, age 35, who co-founded Milwaukee Record—will just tell you more about him. 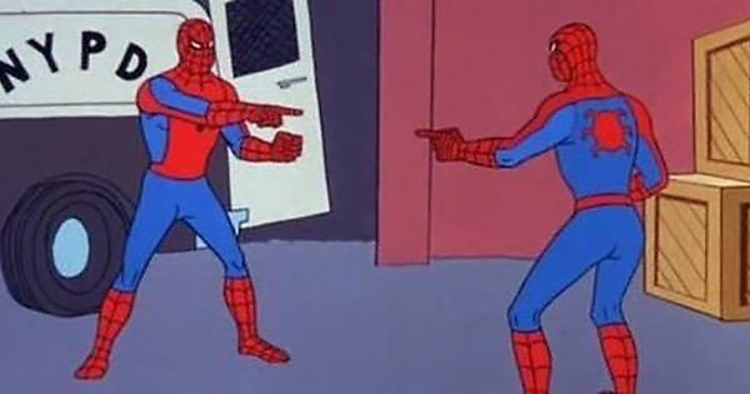 Tyler James Maas, 21, of Greeley, Colorado says he works as a “budtender” at a dispensary. Like me, he’s embraced people’s mentions of Taco Bell’s “Live Mas” (or “Live Maas”) tagline through the years and, unlike me, he’s been called “Tyler The Creator” and just “T” by friends. (I get “T-Maas” most often.) He, too, says people mispronounce his last name as “Mass” the vast majority of the time. And as someone who temporarily pondered whether to take the plunge and go by “T.J.” instead of Tyler (a name I’ve always hated having), I needed to ask him if he’s ever had the same idea. “I’ve thought about it,” he started. “But then I see my reflection staring back at me and he doesn’t give off ‘T.J.’ energy.” Same. 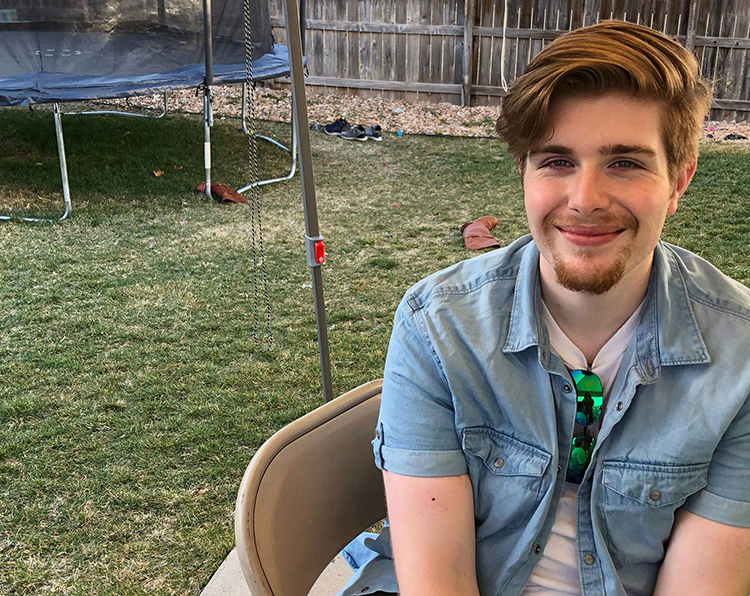 Beyond the name-related inquiries, I also asked him some questions about himself. It turns out we both like to cook. He has two cats, but says he likes dogs just as much. He says he plays guitar, ukulele, and “a bit of piano.” One day, he’d like to get into audio production. Some of his favorite movies include Tucker And Dale Vs. Evil, American Psycho, and Girl, Interrupted (all films I enjoyed!). On the musical end of the spectrum, my younger counterpart says, “Margot And The Nuclear So And Sos, Rainbow Kitten Surprise, and Gus Dapperton are some of my favorite artists right now.”

He loves hot wings and street tacos, washed down with lemonade or Modelo. Surprisingly, he prefers Pepsi to Coke. I didn’t know that was even possible. Though he doesn’t really watch team sports, he does consider himself a fan of UFC, and someone named Georges St. Pierre is his favorite fighter. He can say the alphabet backwards and he hopes other people see him as an honest, dependable, and empathetic person. I didn’t ask him where he stands politically, religiously, or in terms of social issues, but past posts and recent retweets lead me to think we’re pretty closely aligned in those potentially polarizing segments of one’s personality.

Ironically, learning facts and preferences of a person that shares my name got me thinking about my own background, past, likes and dislikes, dreams, and how I wish to be seen by others. As I do at the end of any interview I conduct, I asked Tyler Maas the upbeat budtender from Greeley, Colorado if there was anything else he wanted to say. “If I’m not alone then neither are you,” he replied.

He’s right. Even during a point in history when humans are asked to be isolated and socially distant, we are not alone. As daunting and intimidating as this big, confusing planet might be, it’s also a place of infinite possibility. While society is divided for many reasons, we are still connected in more ways than we could ever realize. We are all from somewhere. We each have hopes and dreams, likes and dislikes, and special talents. And we were all given a name of our own that, upon considering the immensity of the world in which we live, we eventually come to realize we share with countless others. It’s hard to explain (even after like 1,600 words), but I take comfort in that.