Sad news for fans of buying new and used video games—and maybe a Funko Pop figure of Cartman or whatever—in cavernous downtown malls: the GameStop on the ground floor of the Shops of Grand Avenue, 275 W. Wisconsin Ave., has closed. According to an employee we spoke to through the locked glass doors that he wouldn’t open for some reason, the Grand Ave. GameStop is simply closing—despite the giant “WE’RE MOVING” posters plastered on the windows. At least that’s what we think he said. It was kind of hard to hear him.

It’s a tale of two dying institutions. National video game retailer GameStop has been around in some form or other since the early ’80s (remember when it was Babbage’s?). The recent rise of digital downloads, however, has forced the video game giant to close hundreds of stores. The perpetually underused Shops of Grand Avenue, meanwhile, have been on life support for years. Other than an in-progress apartment conversion for the Plankinton Arcade area, the mall is still awaiting its much-ballyhooed makeover. Seriously: the only thing keeping us from writing off the mall forever is the Rocky Rococo in the food court.

In honor of moving-but-not-really-moving, the Grand Ave. GameStop is handing out flyers good for 20% off your next purchase—though the offer is only good at the GameStop at 1633 Miller Park Way until March 3. No word yet on whether the discount applies to the store’s usual deal of taking your $800 trade-in and giving you $17 of store credit. 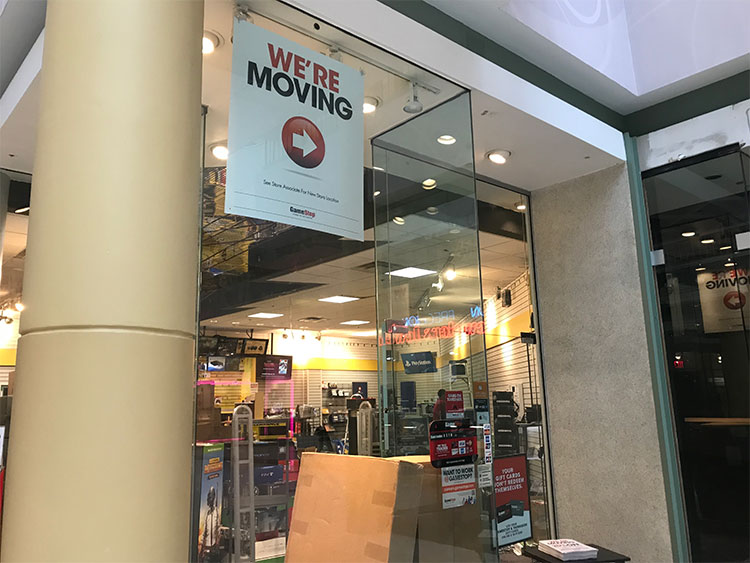