Milwaukee has a long and storied history with alternative comic books. Local artists like Jim Mitchell and Denis Kitchen were influential figures in the underground comix boom of the 1960s and ’70s. Events like Milwaukee Zine Fest keep the flame alive today. But even in a city blessed with numerous comic book shops and independent bookstores, there’s no place that deals exclusively in alternative comics and graphic novels. Happily, that’s about to change.

Enter Lion’s Tooth, a new subscription service debuting right this very second, and a brick-and-mortar store debuting soon. The brainchild of Shelly McClone-Carriere and Cris Siqueira, Lion’s Tooth aims to spread the good word of alt-comics and graphic novels (think artists like Chris Ware, Daniel Clowes, and Robert Crumb) to adults and young adults alike. For both McClone-Carriere and Siqueira, it’s a mission to be taken very seriously.

“The graphic novels we’re talking about, we consider them high literature,” Siqueira says. “That ties into our name. It doesn’t have to be a rose to be a flower. It can be a dandelion.”

Siqueira cultivated a love for alternative comics in the 1990s and early 2000s while working as a comics publisher and translator in her native Brazil. In 1997, she interviewed dozens of prominent cartoonists; more than 20 years later, she’s interviewing them again. McClone-Carriere, meanwhile, is a co-founder of the Riverwest Co-op and currently works at Highland Community School. Their combined experience and shared ethos make them uniquely suited to their new venture.

“We both want to start something for the next phase of our lives. We want to be our own bosses,” she adds.

To that end, McClone-Carriere and Siqueira envision Lion’s Tooth as a bookstore crossed with a cafe crossed with a wine bar crossed with a community center. (Siqueira: “I think Milwaukee has the best bars in the country. It has wonderful restaurants. And we have wonderful bookstores. But we don’t really have a bookstore with food and alcohol, with everything together.”) Though many of the titles carried at the shop will be aimed at teen and young adult readers, the overall experience will be suited for the entire family.

“It will be a space where adults can interact with their children,” says McClone-Carriere, who has three children between the ages of 12 and 15. “You can go there, your kids can be in a workshop, and you can be in a workshop with them. Or you can be getting some coffee, tea, or wine while they’re browsing titles on the shelves.”

“The graphic novels and art we think are authentic are not something…they’re not mainstream,” Siqueira says. “This is the community we cater to. We would like the young adult titles to be the gateway.” 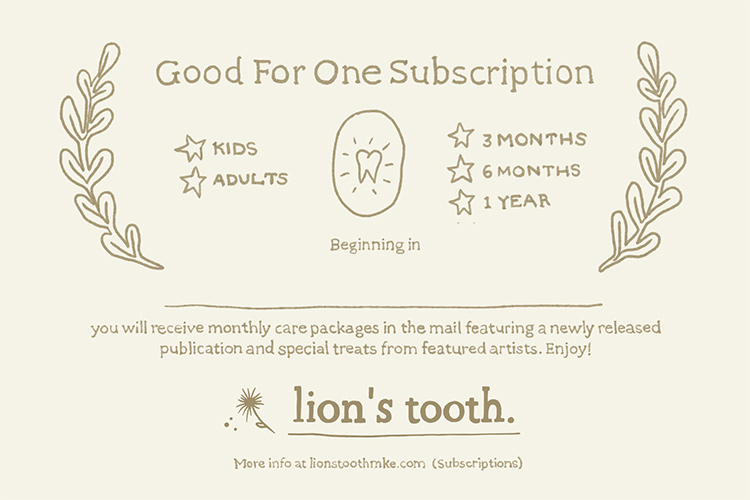 Lion’s Tooth plans to open its physical location in 2020. In the meantime, there’s the just-launched subscription service. Not only does it serve as a crowdfunding effort to raise money for the brick-and-mortar store, it features work from national and local artists. Each monthly care package comes bundled with a new-release book (titles by Richard Sala and Adrian Tomine are among the first offerings), a zine from a local artist (Luke Chappelle is on board for the debut January package), a mini zine contextualizing the featured book, and other swag and goodies.

“We’re being very careful about choosing these books. They need to be the best books of the month,” Siqueira says. “We’re also evangelistic. We want people to know who these artists are.”

Multiple subscription options are available in both the Kids and Adults tracks, including graphic novels, non-fiction, and even music-related books curated by Milwaukee Record. Pre-shipping prices range from $60 for a three-month kids subscription to $300 for a 12-month adult subscription.

“We want to the subscription service to reproduce at home the experience you will eventually have at our physical space,” Siqueira says. “A magical package of surprises. You’re going to get something and it’s going to open your mind a little bit more.” 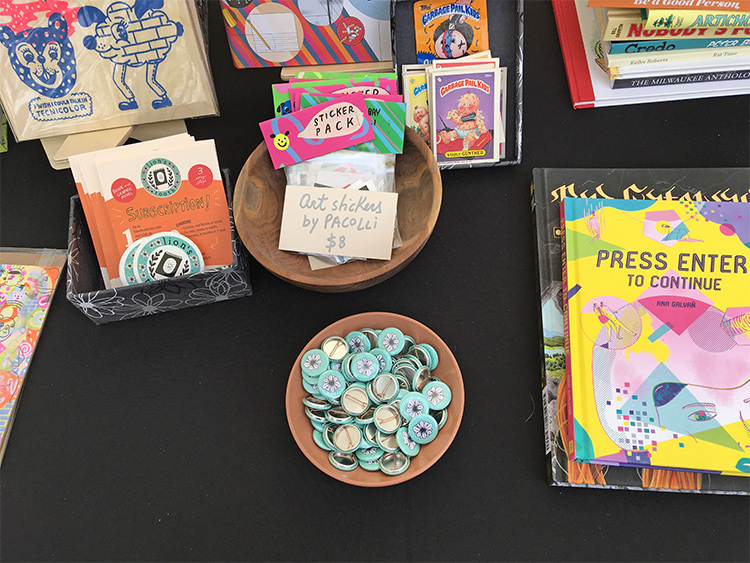 Lion’s Tooth made its pop-up debut at the recent Beet Street Harvest Festival, but more events are on the way. McClone-Carriere and Siqueira will set up similar pop-ups at Hover Craft on December 1, and the Brew City Crafters Market on December 14. A full Lion’s Tooth release party is scheduled for November 23 at Sugar Maple, complete with music from Scrimshaw and Negative/Positive.

All of this will lead up to an eventual physical location. It’s an ambitious plan that, when realized, will give Milwaukee a truly unique space that celebrates the art and possibilities of physical media.

“We want the experience to be like when we were young, going to a record store, flipping through records and trying to find that thing that inspires you, that makes you think,” McClone-Carriere says. “I remember my first Fugazi record and being like, ‘Whoa, this blows me away! They’re talking about all these ideas I never heard of before!'”

“It should be a magical place,” Siqueira adds. “Even if you’ve never thought about graphic novels before, you can go there for a beer. And I know you’re going to look at something and you’re going to say, ‘What is that?'”

Subscribe to Lion’s Tooth now. The first package is set for January 2020. 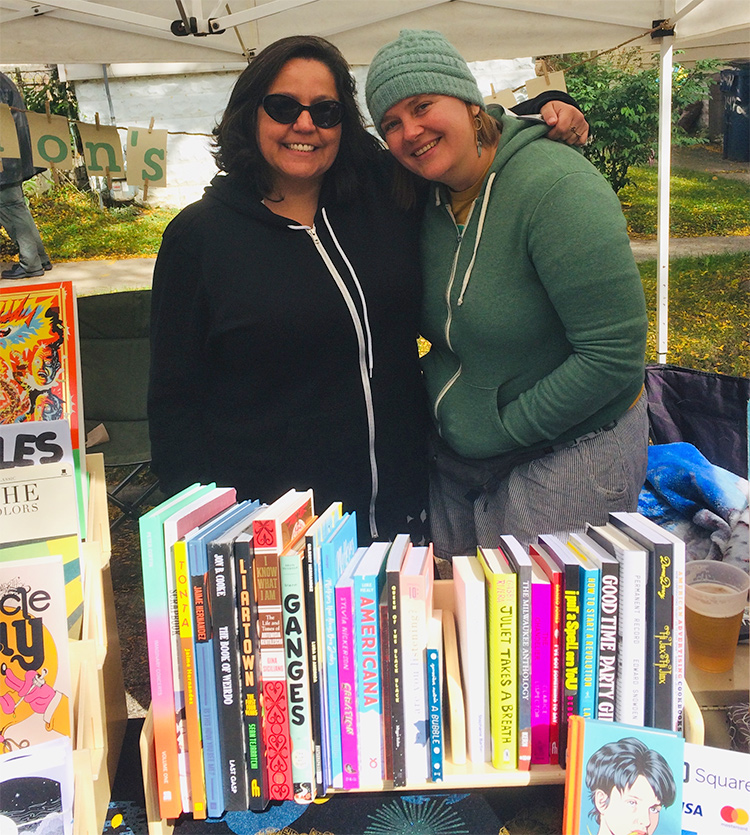