Since opening in September 2016, the East Side’s Black Cat Alley has seen its fair share of controversy. Well, one of the pieces in the outdoor mural gallery has seen its fair share of controversy, at least. Adam Stoner’s “Devontay”—which depicted a black man in an orange prison jumpsuit—immediately came under fire for its subject matter and for the color of its artist (white). One year later, in September 2017, the mural made news again when it was used as a backdrop for a Milwaukee Magazine fashion shoot. A few months later, it was vandalized. A few days later, it was removed completely. For weeks, all that remained was an empty orange wall.

Until this past December. In an effort to make the holidays all the more merry and bright, Black Cat Alley invited street artist Uptowne to cover the wall once occupied by “Devontay.” And yes, he gifted the alley with an alcoholic “Bad” Santa. Drinking a 40. Saying, “Which wayz Christmas?” Next to a Christmas tree. Under a definition of “alcoholism.” It’s pretty great? Enjoy (responsibly). 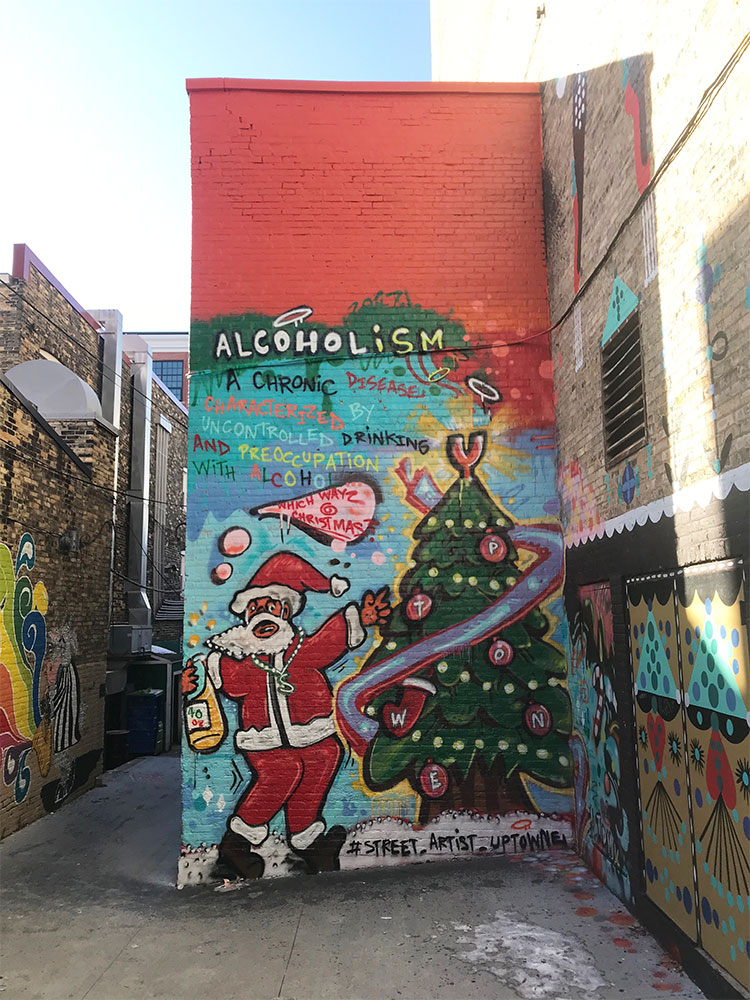