It’s always something with the Wisconsin State Fair. In 2017 it was the couple humping in the bleachers. In 2018 it was the joker who stole a golf cart and drove it all the way downtown. In 2020 it was, well, nothing, because everything was canceled.

And in 2021, it’s the 7-foot-tall, yellow-eyed, black-winged demon who spooked two college students cleaning up after the Skillet show. A maple-infused breakfast sausage baked inside a Belgian waffle has got nothing on this.

The incredible story comes courtesy of website Phantoms & Monsters, which specializes in “real cryptid encounter reports, eyewitness experiences, and paranormal investigations.” It seems that on the night of Thursday, August 5 (opening night of State Fair), two college-aged employees were cleaning up near the Main Stage, where, two hours earlier, Christian rock group Skillet had performed. Then…

…we were toward the far right hand side of the stage picking up trash and just talking when my partner all of a sudden yelled out “What the f*ck is that?” I looked up and there, about 30 feet in front of us toward the parking lot, was what looked like a very tall being. But it wasn’t like any person I have ever seen before. It was about 7 feet tall and thin but still looked very solid. It was coal black and had two glowing yellow eyes and it had bat-like wings! Literal f*cking wings that must have stretched out 12 feet from tip to tip coming out of its back. This thing looked like a demon from the depths of Hell and it appeared to be staring directly at the stage where there were still people breaking down equipment from the earlier concert. It’s only now that the irony sticks out, what looks like a literal demon from Hell checking out the stage after a Christian rock concert. 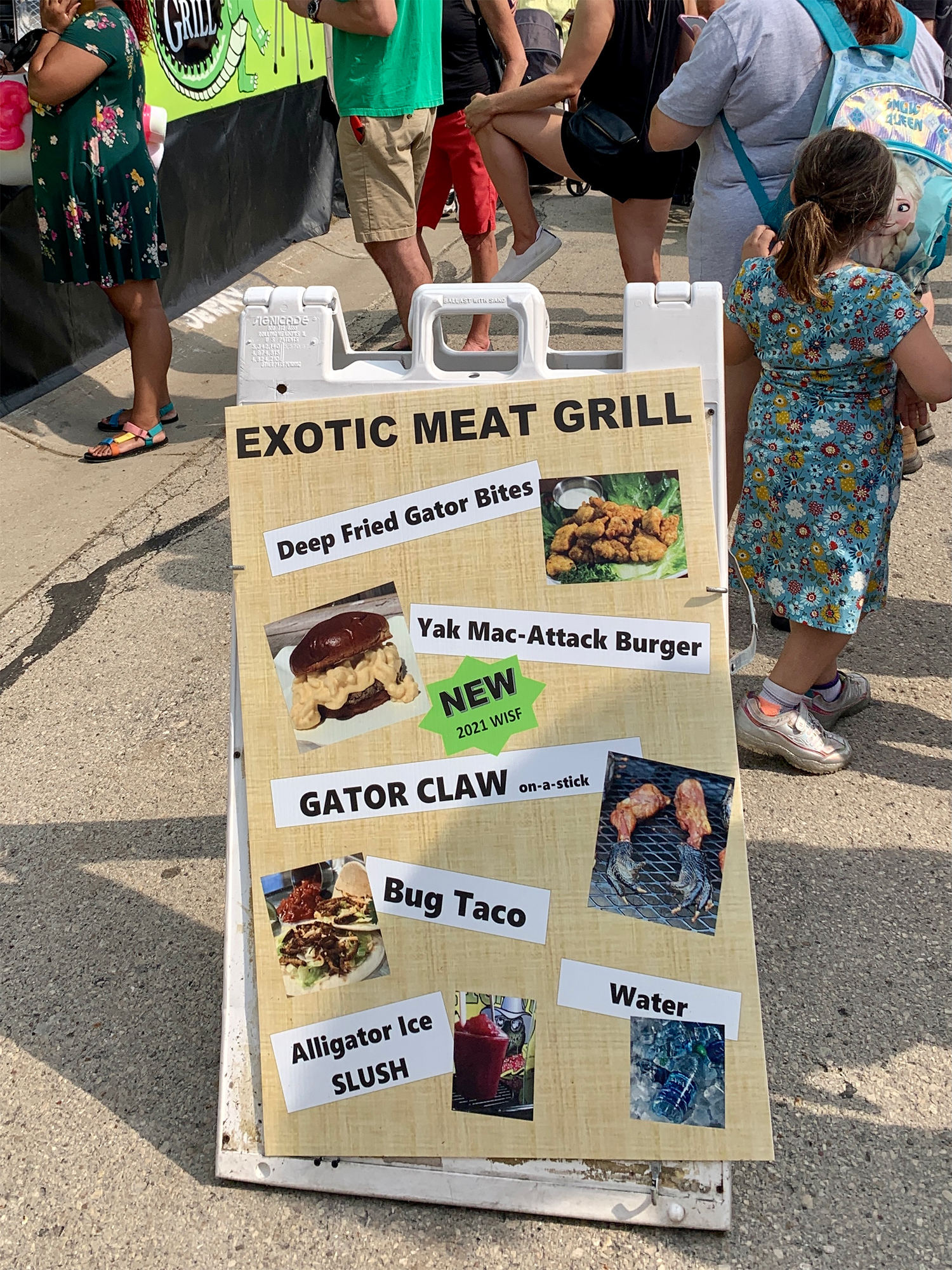 So what do the professionals think? A Phantoms & Monsters investigator interviewed the witness and grilled her about the possibility that the creature was a “large owl or crane.” No, said the witness, “it was too large and seemed to have some intelligence to it.” When pressed about what it could be, “she said it was probably a demon,” says the investigator. However…

We await that further investigation, as well as the book-length investigation from our pal Tea Krulos. Until then, enjoy the State Fair, get vaccinated, and tell the West Allis Beelzebubba we said hi. [h/t Reuben Glaser]

• Nature Is Healing, pt. 12: Wisconsin State Fair headliner lineup is exactly what it should be

• The people have spoken, and the 2021 Wisconsin State Fair is happening