Last week, we eagerly informed you that the Wisconsin Timber Rattlers—a minor league affiliate of the Milwaukee Brewers—would temporarily be changing its name to [snickers uncontrollably] the…Wisconsin Udder Tuggers on June 20 in honor of the team’s Salute To Cows Night.

Predictably, the announcement of the one-game rebrand resulted in tons of attention and, we imagine, a great deal of merchandise being sold. Even though your Wisconsin Udder Tuggers haven’t so much taken the field yet, the promotion can already be considered an udderly resounding success. Still, there’s one more piece of Tugger-related business to attend to before Salute To Cows Night.

Over the weekend, the Timber Rattlers asked fans to help name the Udder Tuggers’ mascot. The request, which the team issued on Facebook, asked for ideas for what to call the pissed-off looking bovine that evidently strikes fear into the hearts of opponents by showing its teats. Thankfully, the internet—just a few years removed from dubbing a sea vessel Boaty McBoatface—came through with lighthearted suggestions like “Curds” and “Cowey Mandel,” along with impressive offerings like “Clang” (in association with the current Rattlers mascot, Fang) and the catchy bovine nickname of “Bo.”

Check out the thread if you’re looking to kill some time with some cow puns or if you think you have a suggestion for a worthwhile mascot name. If it’s not too late to do so, we’d like to officially throw the name “Teats McGee” into the conversation. 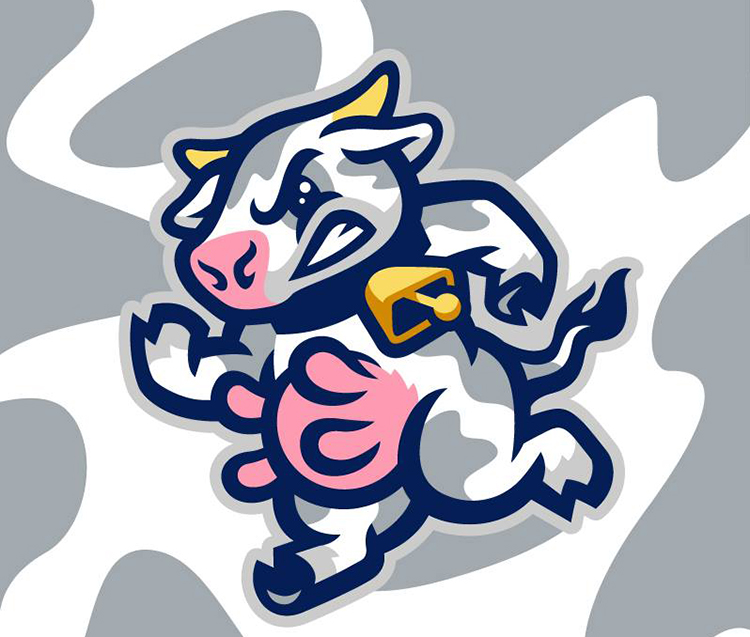