For those of you who weren’t paying attention to all this “Wisconsin Herd” business the past five or six months, allow us to get you up to speed…

Though there were far better options out there (AHEM!), Wisconsin Herd is a perfectly okay name. Early reactions seem to range from flat out negative to lukewarm in nature. At least it wasn’t “Wisconsin Cheese curds” or something. With a host city set, an arena on the way, and a team name announced, the only question outside of the roster—which should start to fall into place in the weeks following tonight’s NBA Draft—is what the logo would look like.

Tuesday, a “logo expert” tweeted an illustration, which was reportedly leaked, before the team’s scheduled June 22 announcement. Today, the Wisconsin Herd confirmed the leaked image depicting a trio of deer with strikingly similar coloring, style, and lettering as the Milwaukee Bucks logo (down to flipping the M to make a W) was indeed the team’s logo. 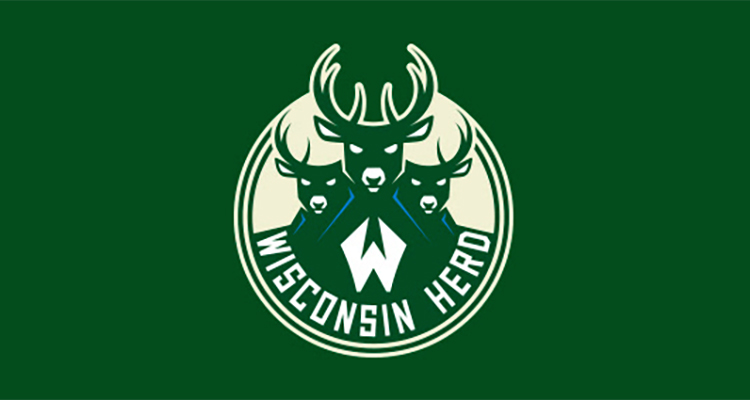 An article on the Herd’s official site explains the logo in greater detail than just simply saying they kind of based it off their parent club’s artwork.

“The Herd’s new primary logo features three forward facing bucks that are purposefully shown without defined separation to signify the strength of the herd coming together as one unit. The bucks themselves, while resembling the forceful stag shown in Milwaukee’s logo, are representative of the developmental promise of the G League franchise. With slightly softer facial features and a smaller rack than the Milwaukee buck, Herd’s deer are given a more youthful, yet still fierce, identity.”