Fans of the Green Bay Packers probably know the name Max McGee for a few reasons. The left end, wide receiver, and punter spent his entire 12-year professional career in green and gold, amassing more than 300 receptions and playing a part in five NFL Championship teams. He’ll also forever be remembered as the first player to score a touchdown in the history of the Super Bowl and, in true Wisconsin fashion, he did so (and added a second touchdown later in the inaugural “Big Game”) while playing hungover because the then-34-year-old backup receiver didn’t expect to play.

Folks who weren’t around to watch Packers teams of the 1950s and ’60s more likely remember McGee as the color commentator for Packers radio broadcasts from 1979 through 1998. Of course, the Packers Hall of Famer is also famous—or at least should be—for another accomplishment that has nothing to do with football. You might not be aware of this, but Max McGee actually co-founded Chi-Chi’s. 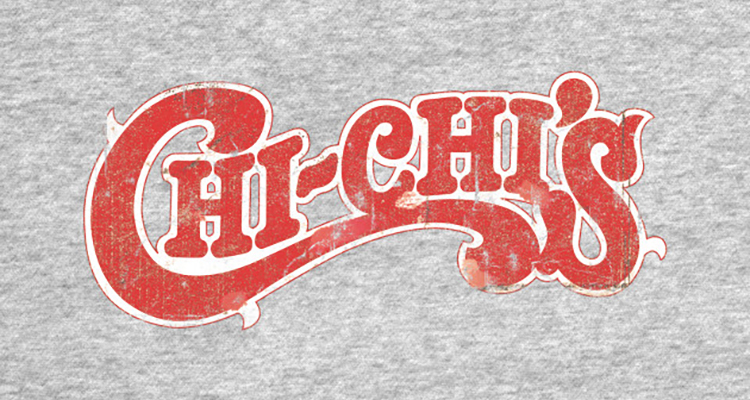 In 1975, while living in Minnesota long after he filed his retirement papers with the Packers, McGee partnered with restaurateur Marno McDermott to open the first Chi-Chi’s location in Richfield, Minnesota. The Mexican food purveyor—named after McDermott’s nickname for his wife—quickly became a popular dining destination in the Minneapolis suburb, which attracted attention of an investor, who bought the rights to franchise Chi-Chi’s restaurants from McDermott shortly thereafter.

By 1977, ex-KFC executive Shelly Frank was tapped to run the young Mexican food franchise. The up-and-coming chain’s headquarters were moved to Louisville, and rapid expansion ensued. Throughout the late ’70s until the end of Frank’s tenure as the company’s President and CEO, Chi-Chi’s opened dozens of locations all over the Midwest, giving certain communities their first taste of something at least kind of resembling Mexican cuisine in the process.

With low prices, a casual atmosphere, and a wide range of Mexican culinary standards with a cheesy and deep-fried Midwestern twist, the popularity of Chi-Chi’s exploded in the 1990s. By 1995, there were 210 Chi-Chi’s locations in the U.S. and Canada, where people could indulge in “a celebration of food” that featured fried ice cream, the Burro, “Chi-Chi-Mi Changas,” frozen margaritas, “Ultimate Combos” with an emphasis on large portions, and even a $4.99 all-you-can-eat lunch buffet.

As the reach of Chi-Chi’s grew in the late ’80s and early ’90s, its sales and profits both dwindled, leading to the chain being unloaded. Foodmaker Inc. (who owns Jack In The Box) acquired the franchise in the late ’80s, followed by a sale to Family Restaurants in 1994. By the turn of the century, sales and the number of locations each declined drastically. In the early 2000s, Chi-Chi’s changed hands again, this time being purchased by Prandium Inc. The partnership was short-lived, however, as Prandium filed for bankruptcy in 2002, bringing Chi-Chi’s down with it.

The following year, Chi-Chi’s was dealt another significant blow when a hepatitis A outbreak (called the largest such outbreak in United States history) traced back to the chain’s green onions resulted in more than 650 hospitalizations, four deaths, and a number of lawsuits. With just 65 restaurants left at the time and no more options, the restaurant’s remaining locations were bought in bankruptcy court in 2004 by Outback Steakhouse, who turned some into Outback sites and promptly flipped the rest to a real estate company. Chi-Chi’s restaurants were extinct in North America in late 2004.

Though the Chi-Chi’s restaurant dream was over following decades of corporate turnover, erratic earnings, and litigation, the brand still lives on in other ways and in faraway places. You can still stumble upon a Chi-Chi’s location in parts of Europe (in nations like Luxembourg and Belgium) and the Middle East. Most notably, you can still find salsa, sauces, and tortillas bearing the company’s name in Midwestern grocery stores because Hormel purchased Chi-Chi’s retail rights prior to its bankruptcy filing.

So where does this leave old Max McGee? Fortunately, the Chi-Chi’s co-founder and first principal investor decided to sell off his shares of the company in the mid-’80s, well before any of the aforementioned turmoil. Using some of that capital, he later invested in casinos in Wisconsin and a location of The Original Pancake House in Edina, Minnesota. In 2007, McGee died at the age of 75 following an accident at his Minnesota home.

Though his life was cut short, this Packers veteran will always be known for his Super Bowl heroics, his broadcast abilities, his business acumen, his philanthropy, and as one of the forefathers of Chi-Chi’s Mexican restaurants. So as you’re watching the Packers this weekend, pour one (jar of Chi-Chi’s salsa) out for a legend.