Last year, we decided to informally help kick off the Milwaukee Comedy Festival by asking eight comedians to gently (or, in some cases, straight-up viciously) rib the city they love in our inaugural Roast Of Milwaukee event. Following the wonderful response to those verbal swings in the direction of Milwaukee, we decided to do it again.

Join us at Club Garibaldi on Tuesday, August 2 at 7:30 p.m. for an unconventional night of city-centered laughs. Brat Sounds will play before and after the roast. This time around, the comedian-heavy lineup will also include a few local movers and shakers from other mediums. The laughs won’t just be at the expense of Milwaukee. The $2 cover charge will be donated to a local charity. Patrons can also gain free entry with a non-perishable food donation or by showing their Milwaukee Comedy Festival pass. 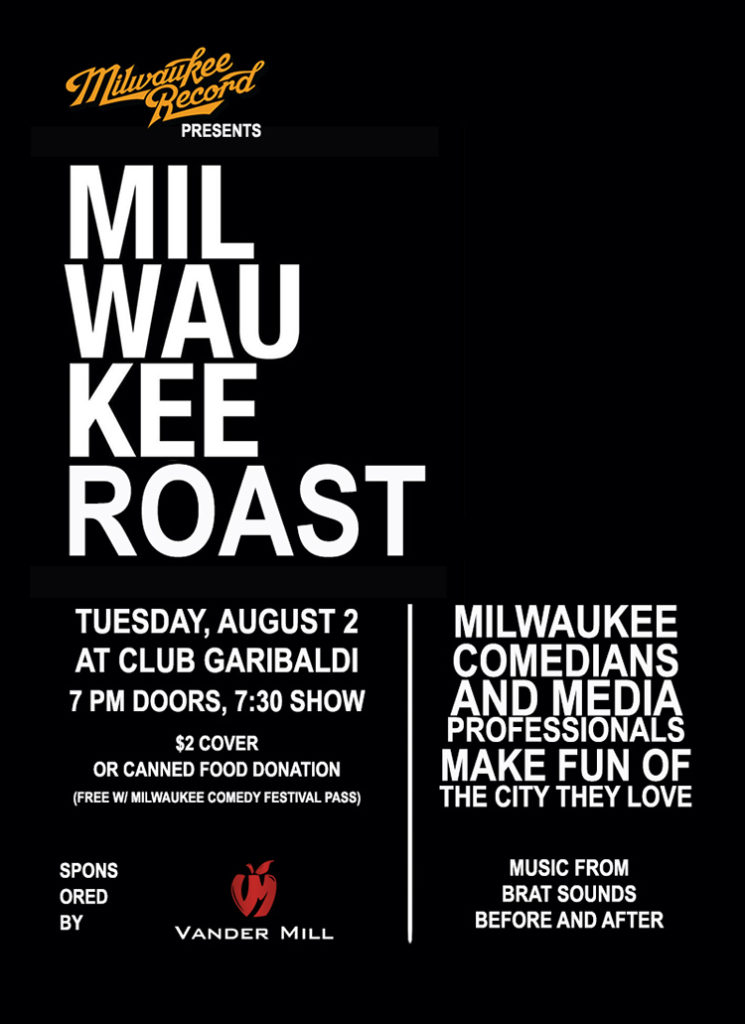