Milwaukee will soon be getting another mural. After recently getting approval from the city, The Highbury Pub plans to install a new mural on the Bay View bar’s exterior facade that features Milwaukee Bucks star Giannis Antetokounmpo and the word “RESPECT.”

Highbury owner Joe Katz tells Milwaukee Record that work on the mural—which was designed by Jeff Redmon and will be painted by Ruben Alcantar—might start as early as next week. He’s currently waiting on a paint shipment.

Katz says the massive mural—which depicts the reigning MVP—was inspired by Antetokounmpo and some of his Bucks teammates taking part in Black Lives Matter protests last month. The soccer bar’s owner wanted to use his building to profess his respect for The Greek Freak and to keep the message of equality in people’s minds for many months to come.

“I guess I’m just trying to keep the message alive when the media moves on,” Katz says. “I already respected Giannis, but after he walked with the people on his own accord—respect through the roof.”

Katz has raised $1,500 of the mural’s $2,500 cost so far. If anyone is interested donating to help offset the difference, they can send money to Joe-Katz-16 on Venmo. According to Katz, all proceeds will go directly to the artists.

Congrats, Bay View! You’re about to get a great new mural. 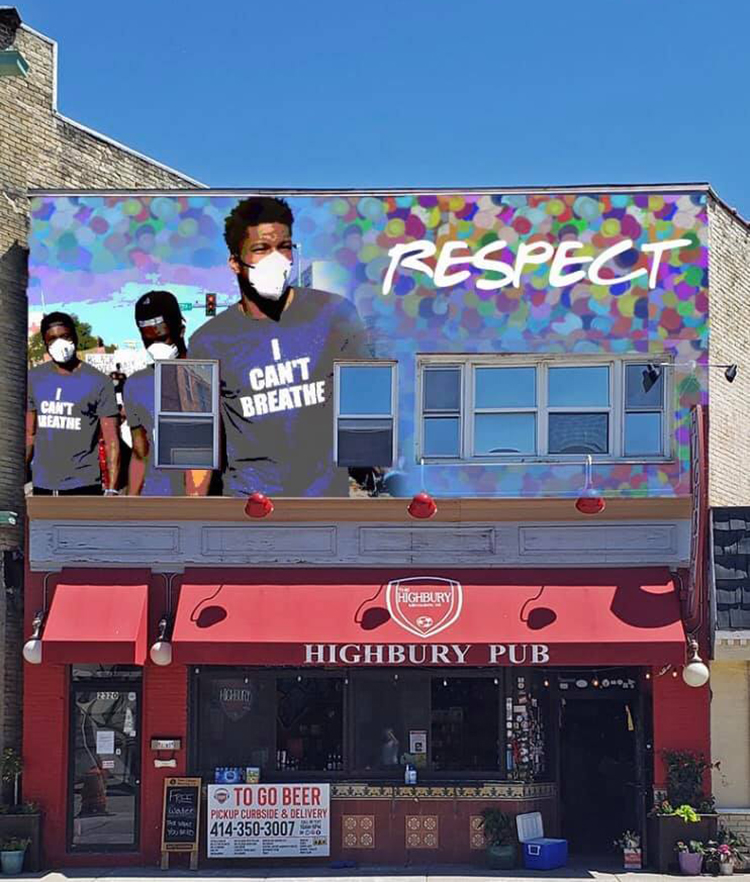