“Enjoy this no holds barred, extra innings look at Milwaukee, Wisconsin,” reads the video’s description. “It’s the good, the bad, the interesting, fortified with plenty of high comedy.” Some highlights:

“You can see the panels of the retractable roof are open, as if the stadium and the entire city are smiling because the Easter Sunday 1987 hero is back in town.” 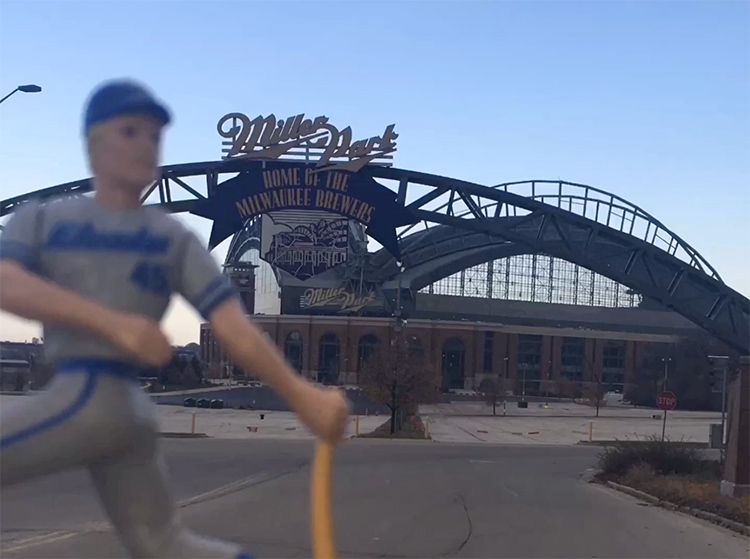 While visiting the Milwaukee Art Museum and discussing that big orange “Calling” sculpture:

“The controversy is that ‘The Calling’ effectively blocks your view of the Calatrava as you drive east down Wisconsin Avenue toward the lakefront. No matter your thoughts on public art, I think we can all agree that Rob Deer is the most splendid structure here.” 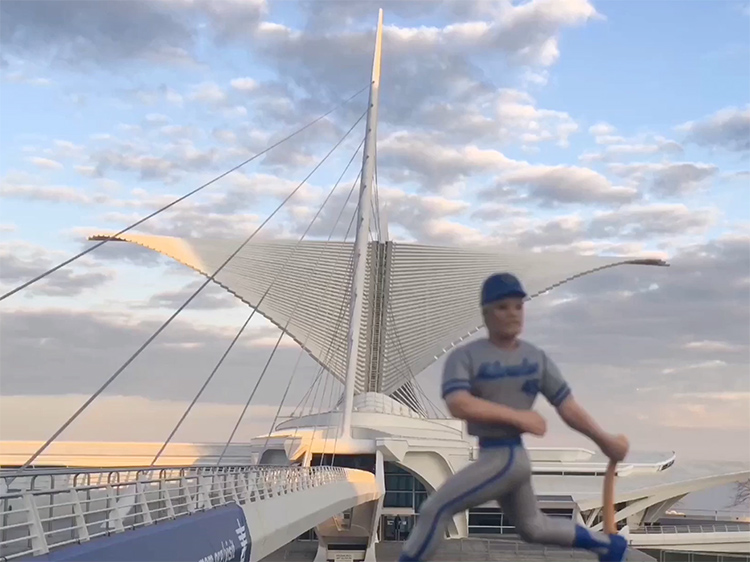 “Unfortunately, it looks like Rob Deer has had one too many drinks during this stop of his World Tour.” 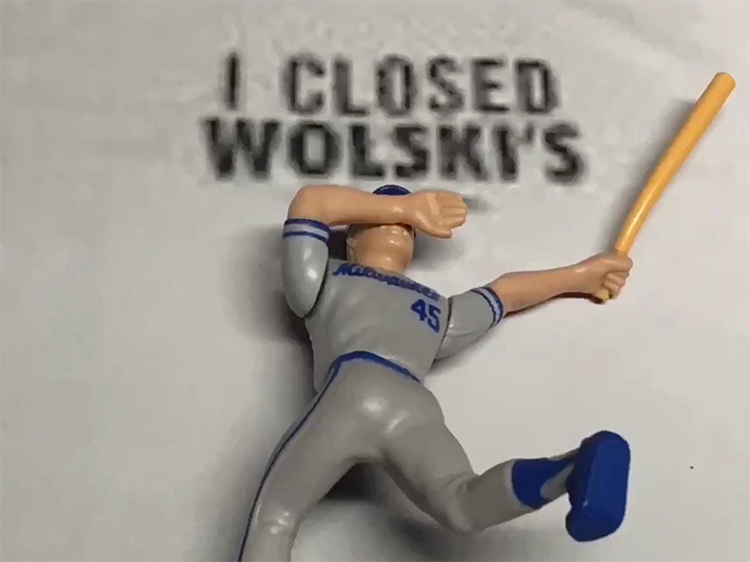 Oh yeah, the 1988 Starting Lineup figure of beloved Milwaukee Brewers slugger Rob Deer is meant to tour the world! “If Rob Deer heads your way, please show him around your town, and share a video with the ‘cardmunity’ and beyond!” reads the video description. We’ll keep you posted.