There are good reasons you don’t hear a lot of rappers covering other rappers. Much of hip-hop’s success lies in the idiosyncrasies of its MCs; individuality is job one, and the self-referential bent of rap lyrics make the notion of tribute albums or concerts a potentially awkward proposition. In reimagining the music of A Tribe Called Quest for Friday’s “Tribe UNCOVERED” event, curator Klassik pulled the focus off the lyrics, instead concentrating on the beats, reversing the sample paradigm back on itself with a live band playing the core samples from Tribe’s best-known tracks and giving his MCs the freedom to use their own words and styles within the loose frameworks of those samples. In keeping with the true spirit of Tribe (as well as the pervading eclecticism of the current Milwaukee music scene), the lines between rap and jazz were blurred almost beyond distinction. The simple power of Tribe’s basic hooks and messages were the key, and they lifted the spirits of the increasingly boisterous crowd after what had to be a tense inauguration day for most in attendance.

Turner Hall Ballroom is a far cry from the Pitman Theatre, the site of all previous installments of the “UNCOVERED” series. Formerly the domain of Alverno Presents before that endeavor was dissolved last spring, “UNCOVERED” has thankfully been embraced by the Pabst group now, still under the leadership of producer David Ravel. Rather than the expected Ravel speech, though, Friday’s festivities were introduced by a takeoff of the robotic narration from Tribe’s Midnight Marauders album, a brilliant touch sprinkled throughout the performance. The music got underway the only possible way a Tribe tribute show could begin: the unmistakable bass line from “Excursions,” and Q-Tip’s first verse repeated over and over by Klassik like a mantra. 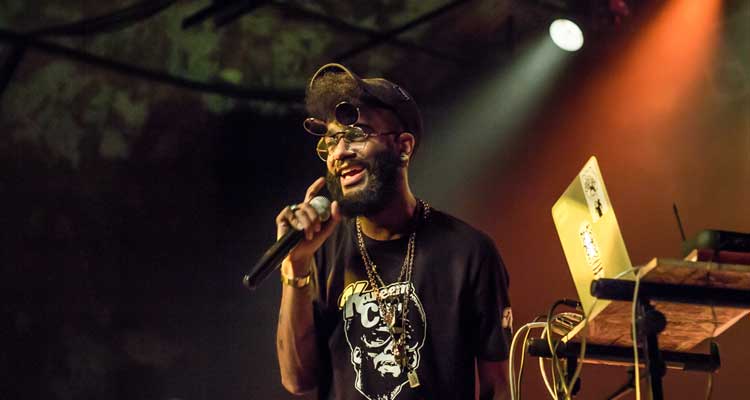 If Milwaukee has any kind of analogue to Q-Tip, it’s got to be AR Wesley. He has never made any attempt to hide his debt of inspiration to the conscious hip-hop of the ’90s, and perhaps because of the retro vibe, he hasn’t received the kind of media attention a lot of his peers have. His remarkable performance Friday ought to help raise his profile considerably. He was flanked by some of Klassik’s SAFS crew (Deb.On.Air, Blizz McFly) as well as relative newcomer WTCA; although Lorde Fredd33 had previously been announced as Wesley’s counterpart for this show, he did not appear after all.

Past “UNCOVERED” events overcame the inherent challenges of switching bands every couple songs, but the task of holding together the massive ensemble of Foreign Goods, Stomata, and two DJs for a full show had to be colossal. It took a couple songs for the collective to settle in and gel rhythmically, but once it did, it was a force to be reckoned with. Two drummers onstage at once is almost always a disaster waiting to happen, yet miraculously, the tandem of Timothy Russell and Dave Schoepke rarely sounded like two separate people. DJs Jordan “Madhatter” Lee and Old Man Malcolm did a fantastic job keeping the flow between songs, smoothly interlacing Tribe remixes as well as snippets from local artists, and judiciously showcasing some impressive scratching. Between the two of them and the two bass players (Michael Ritter on upright and Sam Gehrke on electric), the low end shook the foundations of the building throughout the night. 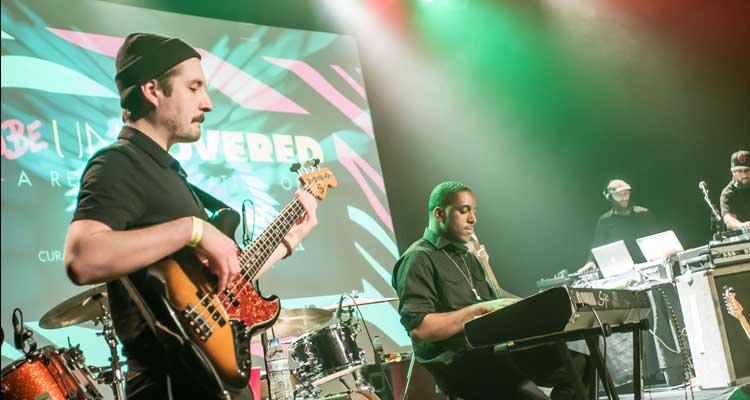 Unsurprisingly, several arrangements were left wide open for improvisation, and the band rose to the occasion time and again. Jay Anderson’s psychedelic sax treatments dominated the space between “Check The Rhyme” and “Buggin’ Out,” and the full-band jams in “Award Tour” and “Sucka Nigga” reached the intensity levels Milwaukee has come to expect from Foreign Goods on their best nights. Throughout the evening, Klassik bounced around the stage gleefully, for the most playing conductor and working his array of electronic gadgetry, but he took center stage for “We Got The Jazz,” as the band left the stage. In a way, the night’s proceedings were so far removed from an actual Tribe show, which were always bare-bones hip-hop affairs, so Klassik’s spotlight bit felt like a reverent nod to the inspiration behind all of this from just himself and the DJs. Nothing remained after this but to blow the roof off with “Scenario,” all the MCs trading verses and the crowd flying high.

“Tribe UNCOVERED” wasn’t just a reimagining of Tribe—it was a redefinition of the whole notion of covering another artist’s music, and a complete rebirth of the series. The sound quality in Turner Hall isn’t as pristine as in the Pitman Theater, so future editions of “UNCOVERED” may suffer in this respect, but for a populist celebration of a canon of work—which is the spirit that the series was founded on—Turner is a superior venue, especially for those who are moved to dance. This bodes well for the Stevie Wonder event in April… 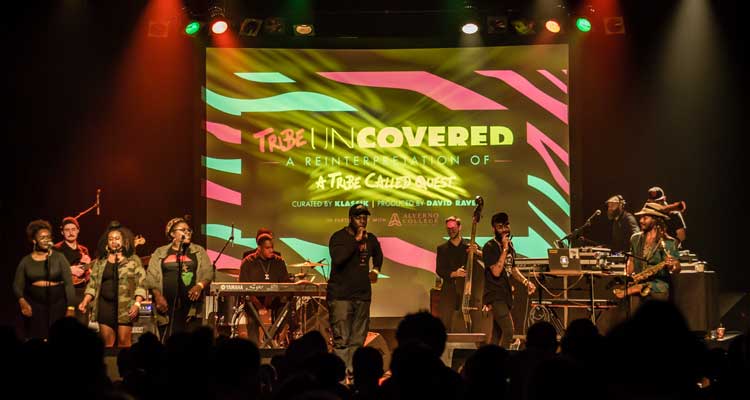