Back in December, we introduced you to Johnny Beehner, a Milwaukee based stand-up comedian who makes a living in comedy clubs throughout the U.S. and Canada. Like Beehner, Iowa City-based career comic Nathan Timmel got his start in Milwaukee, performing at Comedy Cafe, Safe House’s long gone open mic, and the since-shuttered Stooges Comedy Club. Also like the road warrior comic with whom he started out, Timmel spends the vast majority of each year out on the road and away from his young family.

During a year in which he performed 45 weeks worth of stand-up in an estimated 40 states, Timmel decided to publish a book entitled It’s OK To Talk To Animals (And Other Letters From Dad) to serve as both an eventual explanation of his nomadic vocation to his daughter, Hillary, whose formative years he was greatly missing, and as a means of staying busy on the daunting trip from one club to another. Before Timmel takes the stage at Bonkerz Comedy Club (inside Potawatomi Casino’s Northern Lights Theater), we spoke to the road dog about his local roots, his book, and when he feels his daughter will be ready to read his most personal thoughts in text.

Milwaukee Record: What’s it like to come back to Milwaukee and perform? Do you try to hit up any old haunts and visit friends who still live here?

Nathan Timmel: Returning is a homecoming. Milwaukee is in my DNA. Maybe 15, give or take, years isn’t a lifetime, but it’s enough to have the city ingrained in me. Whenever I come back, I make sure I eat at both Thai Kitchen, and La Fuente. I’d also argue La Fuente is the best Mexican restaurant on the face of the earth.

I have some friends remaining; others moved away like I did. I like to visit Wade’s Guitar Shop, because Wade and I go way back. I’m trying to convince my lifelong friend, and Milwaukee musician, Peter Mulvey to get food this weekend.

MR: Your book stems from the favorable response you received from posts on your blog. What ultimately led to your decision to adapt your musings into book form?

NT: I’m not sure anything did. I’m not smart enough to plan things in advance. I posted several letters as blogs over the course of a year, and the response was overwhelmingly positive. You don’t ignore something like that. Or, another way of putting that would probably be: “My wife thought it would be a good idea to turn the letters into a book.” That’s probably more accurate.

MR: What were some challenges that came from expanding into such a dense and daunting format? Like, were there moments in the writing process that you almost abandoned it altogether? What kept you writing?

NT: Oh, it wasn’t dense, daunting, or anything of the sort. I didn’t have a deadline or any expectations. I was just writing to my daughter, which was easy. Maybe if I had gotten into my head and realized, “Holy crap, I’m making this into a book. I need to write interesting tales, and have it done soon!” I’d have panicked or felt pressure, but since it was an as-you-go process, it wasn’t too difficult.

MR: Did putting it all into writing help you learn anything about yourself, your approach to fatherhood or your marriage?

NT: My parents were unhappy and very much not in love for most of my life. I was an accident that bound them together for longer than they wanted to be. That said, many of the life lessons I try to give my daughter are things I never heard. Like any parent, I believe my job is to make my child’s life easier than mine was, so as much as I know she’ll make her own mistakes, and stumble and fall in life, I want to give her a few guideposts to help her along the way.

Watching my parents’ marriage, gave me a fairly mistaken way of understanding how relationships work. Because of that, I went through two disastrous relationships prior to meeting my wife. Each one taught me something important—warning signs you’re with the wrong person; how to respect yourself—and I hope to give my daughter the tools to recognize an unhealthy relationship much faster than I did. Plus, my hope is she’ll learn from the healthy relationship I have with my wife. Above and beyond anything I write down and try and teach my daughter, she’s going to learn through observation. Reflecting on my childhood made me realize that, and hopefully writing it all down has made me a better father and husband.

MR: Though your career is predicated in humor, I’m sure life on the road is lonely, repetitive and can occasionally break your spirit. Was It’s OK…as much for you as it was for Hillary?

NT: The letters were a way for me to be productive and to parent while away from home. Drugs and alcohol are an easy trap. I know comedians who treat the road as a party, who as adults and parents use the lifestyle as an excuse to sleep until 3 p.m. every day. I used the letters as a way of focusing, making sure I had a project, something to wake up and do daily.

MR: Your material on stage isn’t exactly squeaky clean. Much of your book exposes readers to a significantly more sensitive and personal side of you. Was it hard to keep portions serious or was this an opportunity to let humor—at least overt humor—take a backseat at times?

NT: Nope! I welcomed it. The stage is for being funny. When an audience sits down at a comedy show, they want to laugh. Unfortunately for me, I have all sorts of stupid things bouncing through my noggin at any given time. The book is a way for me to get some of those synapse misfires out into the world, without the pressure of “Make me laugh, funnyboy!”

MR: When do you plan to let Hillary read the book?

NT: I really haven’t figured that one out yet. Sixteen? Eighteen? It’s currently a mystery. 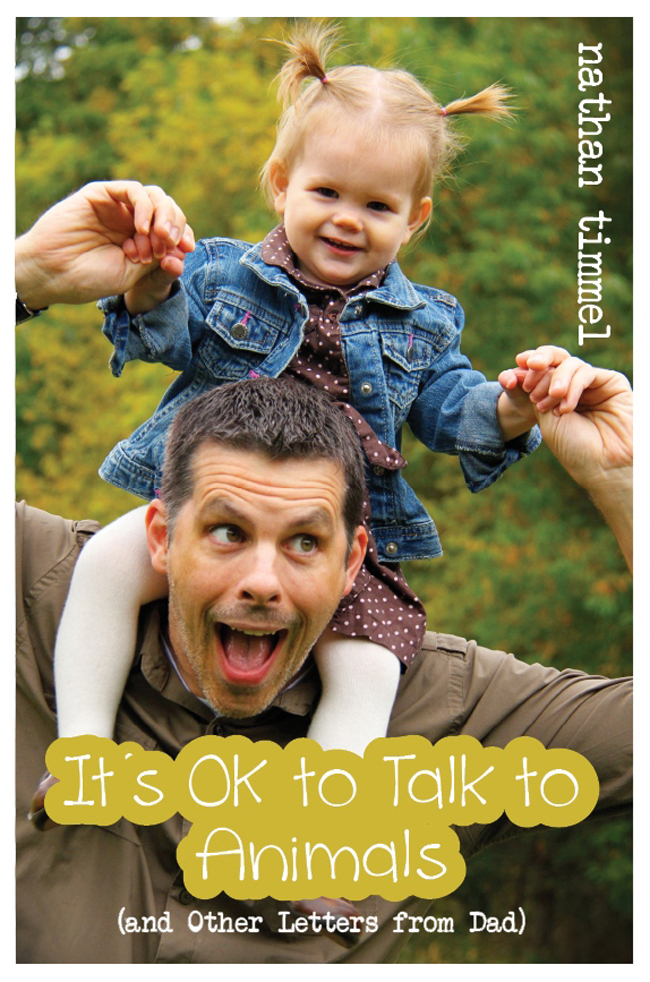