What else does Harvester Of Likes have in store? The usual: getting high and tripping balls (“Combo Throne”), cracking open some chakras (“Pocket Full Of Ginger”), and screaming about a dude named Todd (“Todd”). Clocking in at roughly 30 minutes, it’s a tight and focused ride, all shot through with a sense of post-internet levity. Turn it up, get weird, and smash that “like” button, indeed.

Harvester Of Likes is available on cassette, via Gloss Records, here. Soup Moat will celebrate the release of the album Friday, July 13 at Cactus Club. Milwaukee’s Sex Scenes and Doubletruck will play in support, along with New York City’s Tight Fright. The show begins at 8 p.m. and costs a lousy $7 at the door. You should go! 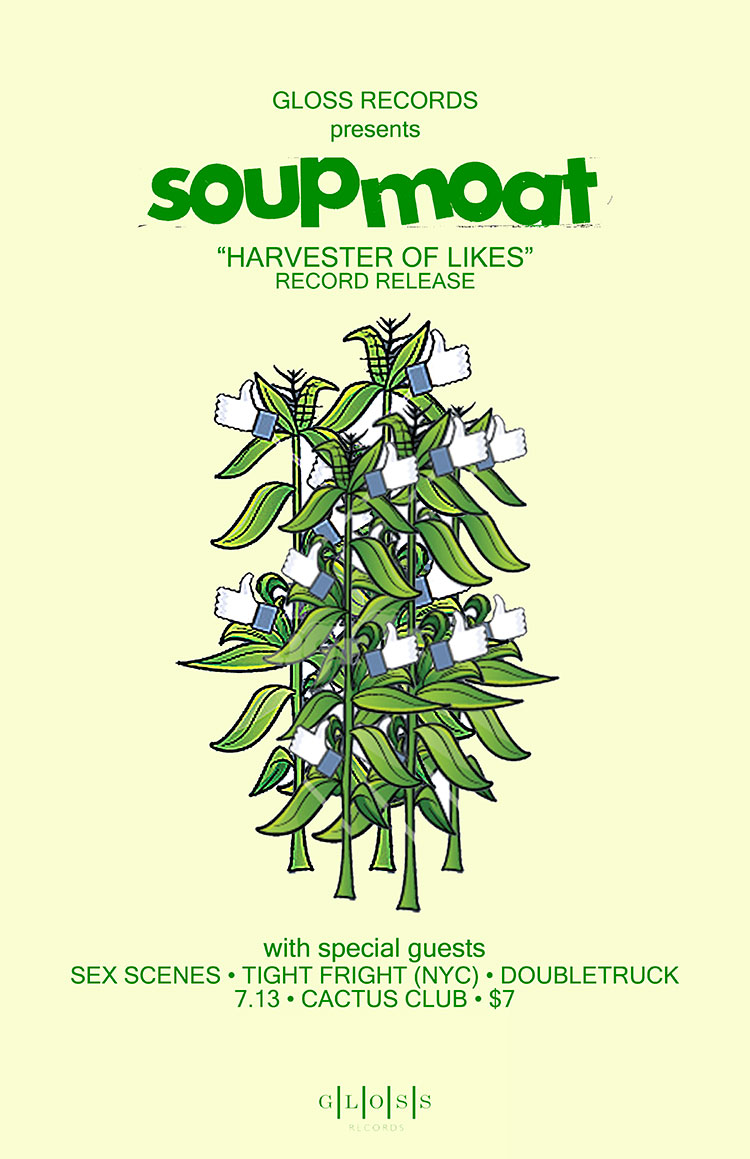