Last week, in a momentary break from a world gone ugly and insane, CBS 58 reported on a five-foot-long iguana on the loose in Milwaukee’s Murray Hill neighborhood. It seems that a month and a half ago, a pet iguana named Nail escaped from his home at East Side comic book shop The Turning Page—by breaking and jumping through a second-story window. A picture eventually surfaced showing what appeared to be Nail crawling around on a roof near Greenwich and Murray avenues. Nail’s owner, Zach Hauser, told CBS 58 that animal control was unable to help him capture the elusive beast, and that he was seeking the assistance of local trappers. Y’all know me. Know how I earn a livin’. I’ll catch this iguana for you, but it ain’t gonna be easy. Bad lizard! Not like going down to the park and chasing East Side turkeys.

Anyway, there have been plenty of twists and turns in the saga of Nail, The Pet Iguana Who Jumped From The Second-Story Window Of A Milwaukee Comic Book Shop And Will Hopefully Live To Tell The Tale Because, Yikes, This Thing’s Apparently Originally From California And It’s Gonna Get Cold Soon. Over on the always entertaining/exasperating social network Nextdoor, Murray Hill neighbors have been discussing Nail’s whereabouts, pondering whether or not iguanas pose a danger to toddlers and cats, talking about trap sizes, wondering if Hauser “dumped” the lizard, dragging the police into it (oh, East Side), and yelling at each other about gun control (oh, internet). It’s like those frequently awful Riverwest and Bay View Facebook pages, but with more reptiles and fewer Prius Ladies.

Here are some highlights from the time the story broke to today. Good luck, Nail and Zach (and thanks to reader Natalie for the Nextdoor tip)! 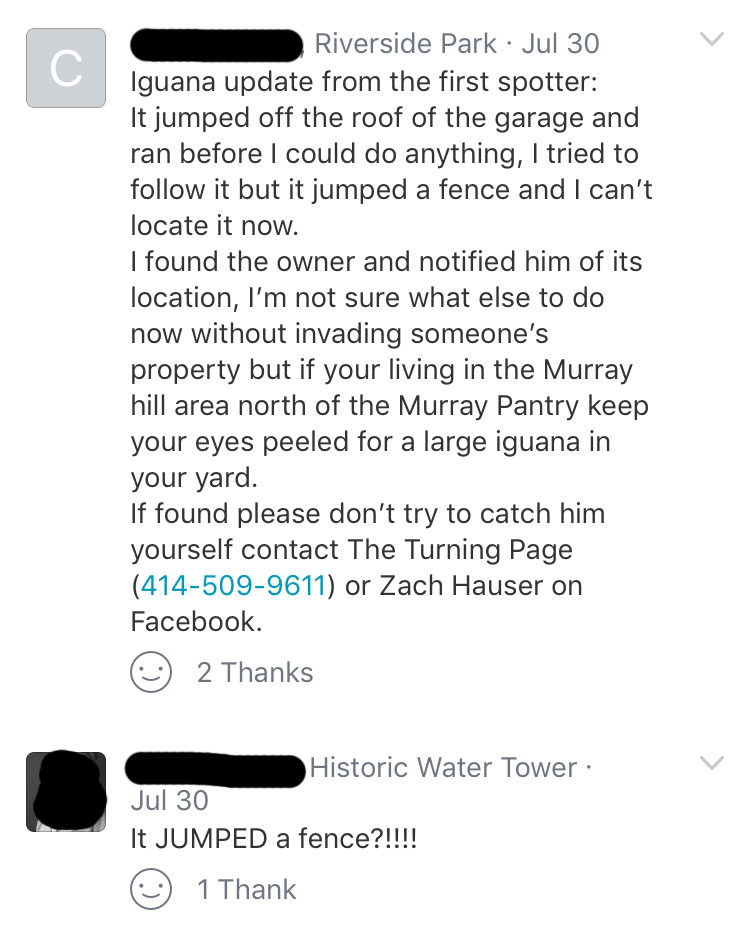 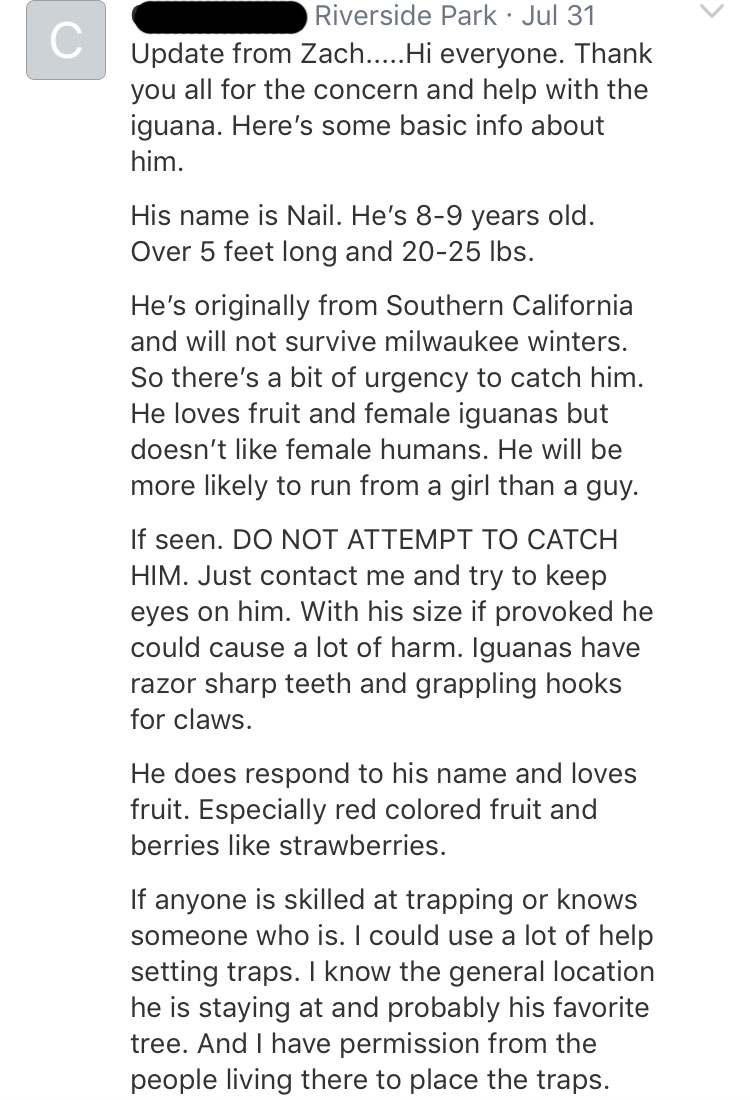 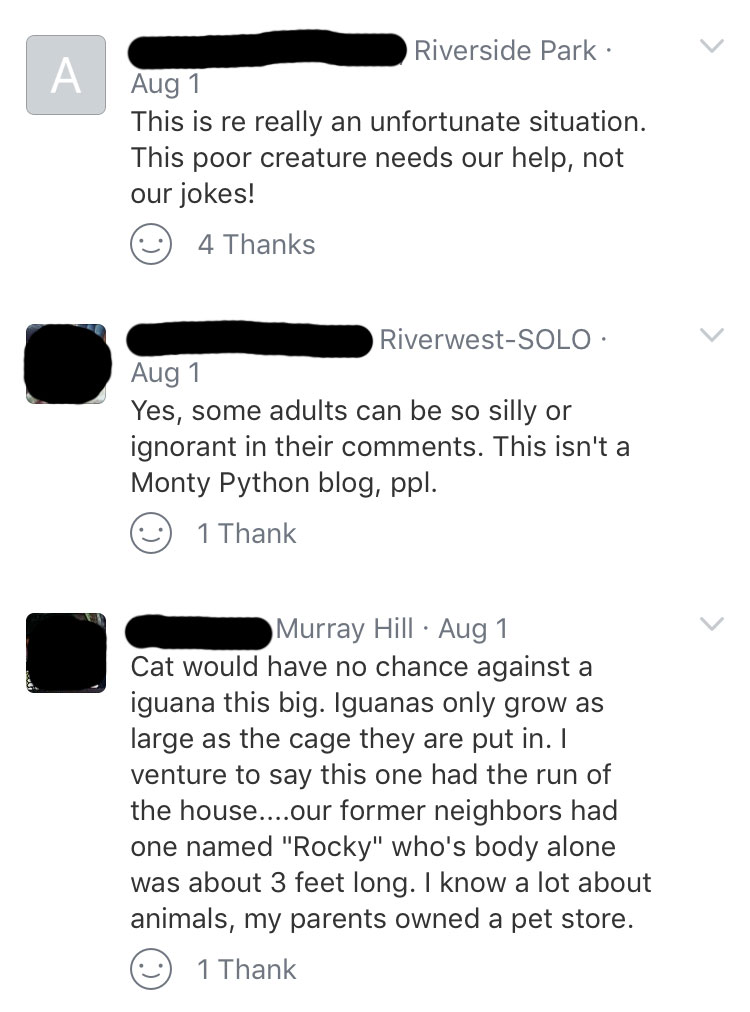 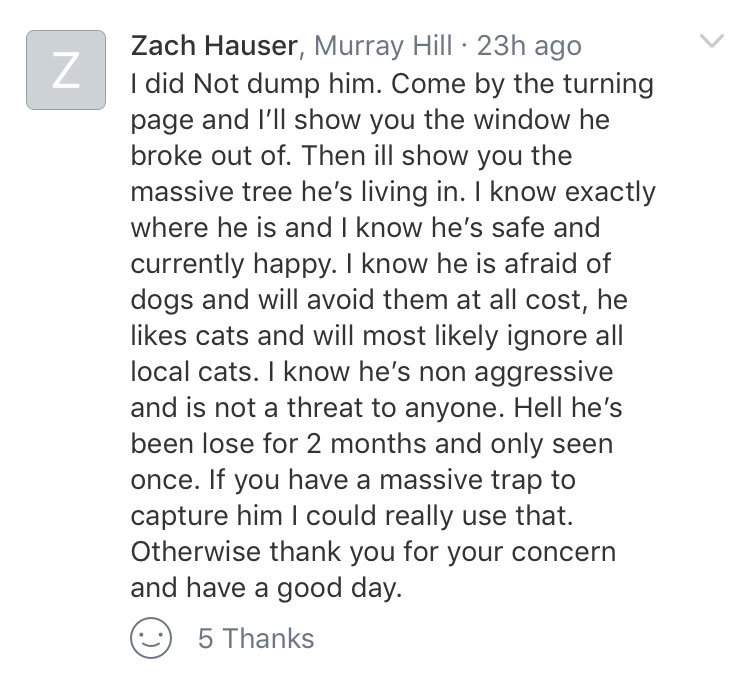 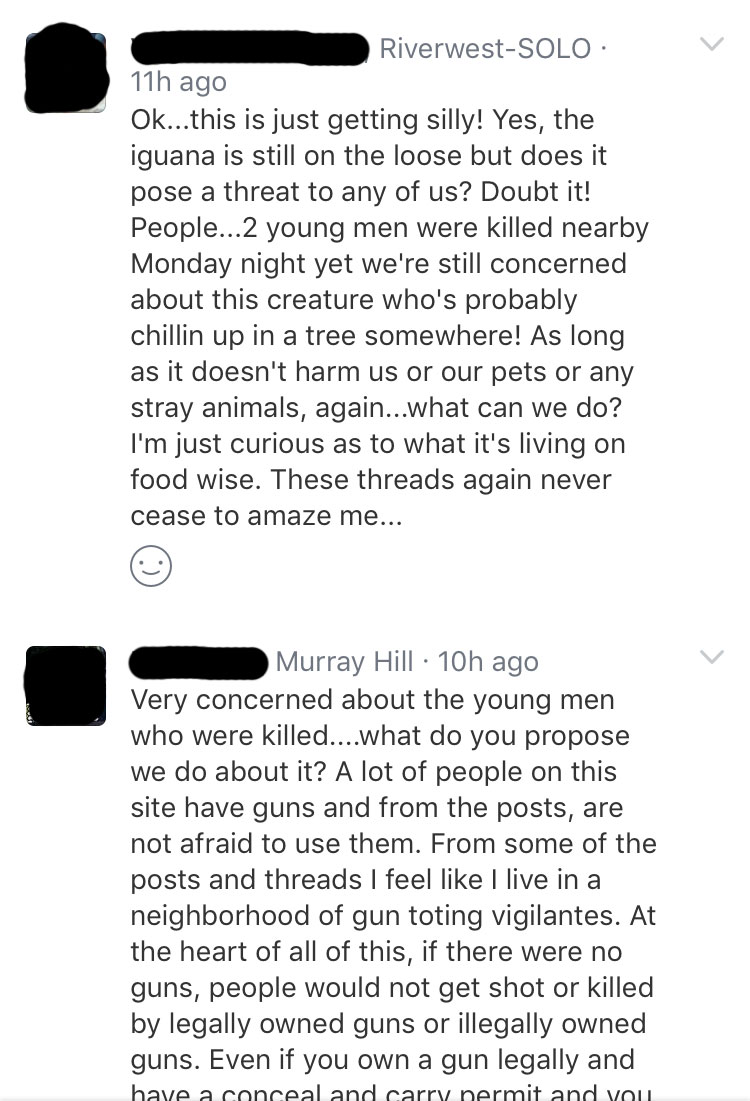 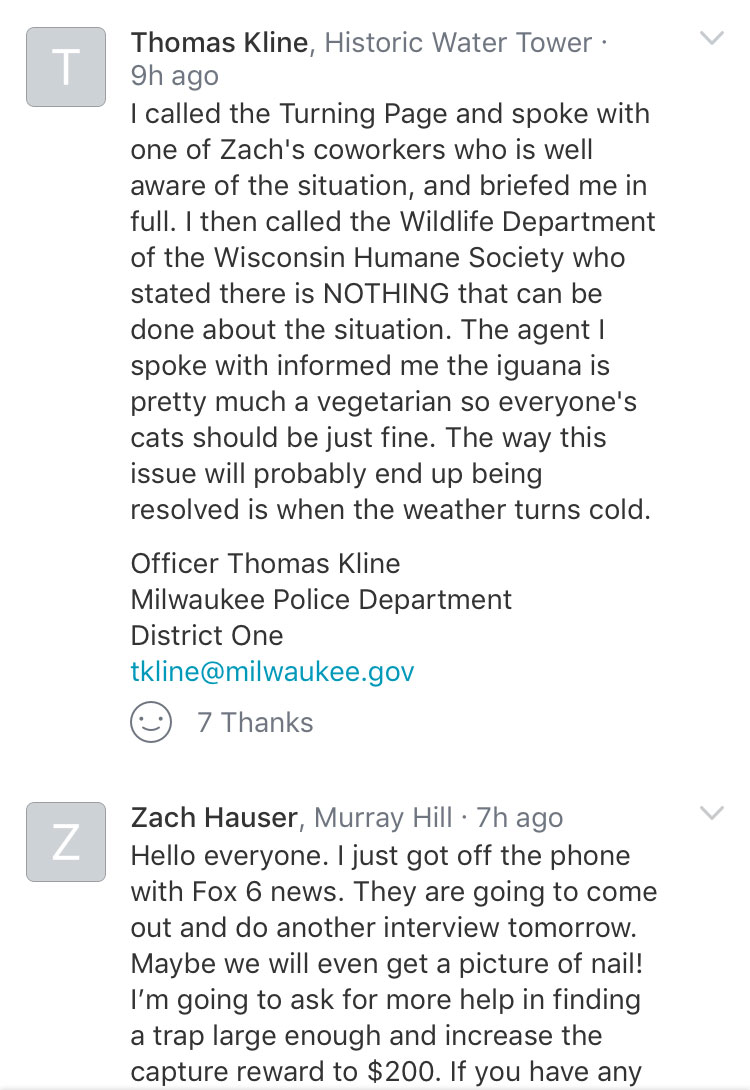 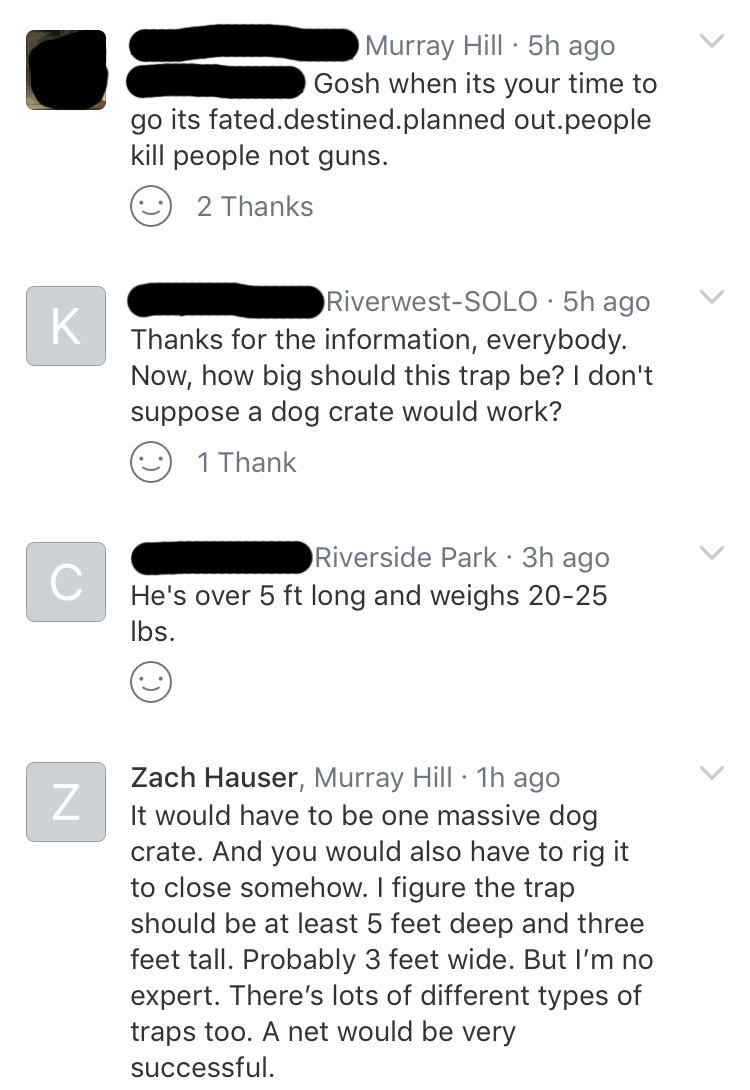