This Is It! is nothing short of a Milwaukee—no, a Wisconsin—institution. Billing itself as “Milwaukee’s oldest gay bar, “TITs” has been a presence on Wells Street in Cathedral Square since 1968. Initially, it kept an understandably low profile, but now leads customers in with jaw-dropping drink specials, an altogether friendly atmosphere, and its is colorful and exclamatory rainbow logo that declares “This Is It!”

With the bar’s 50th anniversary on the horizon, This Is It! is asking patrons to re-design its logo. Submissions will be taken throughout the month of March. The contest’s guidelines ask that prospective logos pay homage to the current logo, feature all six colors that are presently seen in the logo, and use either This Is It or the “TITS” nickname (or “TITs”) somewhere in the design. Submissions can be sent to [email protected] and should include a 300-word (or less) explanation about the design’s backstory. Design submissions are limited to one per person.

Four finalists will be announced on April 8, and a winner will be selected at This Is It! on April 11. The winner will receive a $500 This Is It! gift card. That might not sound like much, but during select happy hours specials, that equates to approximately:

• 500 Miller Lite taps on Monday, Wednesday, Thursday, Saturdays from 3-8 p.m.
• 250 craft beers or rail mixers
• 167 Long Island Iced Teas on Thursdays from 8 p.m.-close
• 33 Sundays of endless mimosas
• Twice of what you were planning to buy every time the disco ball is on

Milwaukee seems to love re-designing iconic symbols. If you’re looking for an opportunity to change the way a local landmark is seen as part of an official contest for once, this is it. 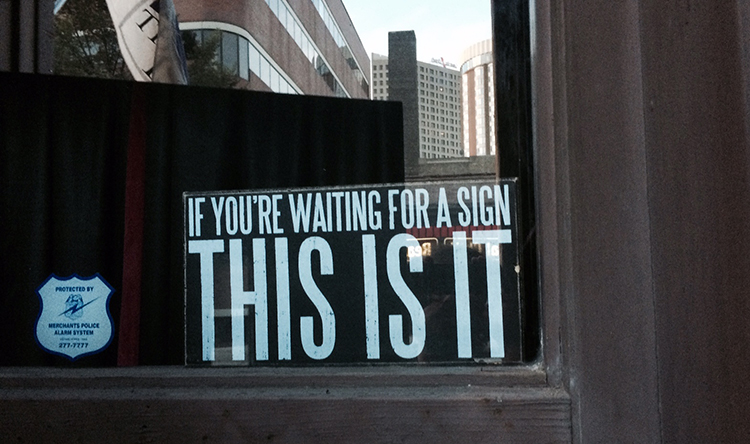