In our weekly MKE Music Rewind, we revisit a notable Milwaukee song that was released before Milwaukee Record became a thing in April 2014.

Call Me Lightning is one of the reasons I moved to Milwaukee.

As damning as it could be for someone who now has Milwaukee’s flag tattooed on his body to admit, I made it the entirety of my childhood and adolescence without much awareness of Wisconsin’s biggest city. Growing up in the comfort and artistic seclusion of the Fox Cities in the ’90s and into the turn of the century, I had very little knowledge of what was happening in Milwaukee. Sure, I happily went with family and friends to watch some particularly bad Brewers teams once or twice a year. I read enough books in elementary school to get 400 level tickets to a Bucks game once. Apparently, I went to the zoo one time when I was a kid. From birth to age 17, I’m pretty sure that was about it.

Unfortunately, my Milwaukee blindness also extended to the city’s music scene. I was too young to really get bands like the Violent Femmes and The Frogs. I knew BoDeans did that song on Party Of Five and I didn’t care to investigate any further. I’d heard of The Gufs, but have no recollection of ever actually hearing them. The Promise Ring was drawing to a close around the same time my high school tenure was ending. Meanwhile, Green Bay was still in the throes of its musical heyday, meaning I was about 30 minutes from bands I wanted to see and had no need to drive 100 miles to the supposed dangers and urban bustle of Milwaukee.

Besides, I’d occasionally catch Milwaukee bands like The Benjamins or The Response opening for touring acts or sharing the stage with awesome Appleton-area mainstays like Yesterday’s Kids and Sunday Flood at places like Green Bay’s Concert Cafe or Ryan’s Ballroom in Combined Locks. At 18 years old, that was enough for me, at least until Call Me Lightning played in my town and took my intrigue back to Milwaukee with them.

I think it was early 2003. I—a Menasha High School senior in my final semester before enrolling at nearby UW-Oshkosh—somehow wound up at Lawrence University’s Viking Room for a show. I can’t definitively tell you any other bands on the bill that night. Most likely, I was just there because it was something to do that wasn’t watching a movie in a friend’s basement, driving aimlessly, or killing time at a Perkins or some shit. I’ll never recall why I came to the Viking Room that night, but hearing the sounds made by an unfamiliar three-piece from the big and mysterious metropolis of Milwaukee is why I won’t soon forget it, and it’s arguably a part of why I’m here today.

This was before Call Me Lightning had anything out besides a demo, but I was instantly sold on the sights and sounds my malleable young brain was being exposed to. Shane Hochstetler was tucked behind the biggest drum kit I’d ever seen, and he battered the fuck out of it. His airtight, booming beats coalesced with Bill Kutsch’s meandering and unarguably infectious bass lines. The intricacies of that formidable rhythm section provided a sturdy foundation that allowed Nathan Lilley to take things to weird, wonderful places. As he sloppily strummed riffs that still serve as my default definition of “angular” (before I was aware “angular” was a term and that “angular” was a term every music writer abused), Lilley sang about mythical creatures and ghosts, and he had a song with a line about serving shit to an unsuspecting dinner guest by masquerading it as chocolate.

He sold goofy and comical conceits unlike anyone I’d seen before. He alternated from a strong slam-poetic delivery to straight-up moaning and straining drawn-out notes. He screamed, but it wasn’t the way the singers screamed in Thursday and Thrice and the other bullshit I liked at the time. It was a dramatic performer’s scream—a bold bellow or a vulnerable and unhinged cry of sheer desperation. It was musical theater. While recorded material was lacking, the Fox Cities region was fortunate enough to catch Call Me Lightning frequently after that at a variety of makeshift all-ages venues, including a few religious hangouts that made Lilley’s between song banter—once imploring Christian youth to throw themselves on the rocks outside in the Lord’s name—even more entertaining. At one Ryan’s Ballroom show (probably with Catacombs Of Rome, who eventually moved to Milwaukee and became Catacombz), I bought a Call Me Lightning shirt with a Lilley-drawn illustration of a three-headed bear.

In 2005, I was finally able to obtain music from this band I’d fallen in love with two years earlier. The band’s debut, The Trouble We’re In, now gave me a chance to learn song names and memorize lyrics from the numbers I’d heard in person any time I had the opportunity. The record starts with “We Be Dragons,” a prime display of the trio’s powerful instrumentation and whimsical songwriting tendencies. Hochstetler’s hastened kick drum matched my pulse in those all-ages spaces as Lilley cried, “What’s left but table scraps from the feast of fat men? We’ll die like mice in this hooooooooooooole! It’s time to go!” With that, I was on board for life.

“We Be Dragons” isn’t even the best song on the album, but it was the initial portal to a rambunctious dimension where there were ghouls, pizza parties in haunted clubhouses, vodka baptismals, and crunchy songs about brave house cats pissing on couches. It was the gateway into a universe I wanted to reside. Not only did this band offer me something I’d never heard before, it also inspired me to look Milwaukee’s way to see what else was going on. I thought, if this band could exist in Milwaukee, there must be tons of amazing bands there. And I wasn’t wrong.

I learned about, and subsequently fell for, Decibully. I went to the UW-Madison Union to see CML’s Revelation Records labelmates, Temper Temper. The Promise Ring was gone, but some of its members started a great new band called Maritime. The Championship came to a bar in Neenah and my dad begrudgingly took me (then 20 years old) to watch. I learned that Hochstetler was in Managra and Hero Of A Hundred Fights before Lightning struck and I found and absorbed those bands’ albums, EPs, and comps. Between those bands and so many more (El Oso, anyone?), I was a firm believer that something special was happening in Milwaukee and, once I graduated and worked up the courage to make the move, I needed to be there to see it firsthand.

In 2007, Call Me Lightning put out Soft Skeletons on French Kiss Records. It was even better than The Trouble We’re In and it only served to nudge me even further south down Highway 41. I finally moved to Milwaukee in 2009, months before Call Me Lightning’s acclaimed When I Am Gone My Blood Will Be Free (regarded by some to be the best Milwaukee album of this century’s first 10 years) came out, and haven’t looked back. Since then, Call Me Lightning welcomed its third bassist into the fold (Space Raft’s Tyler Chicorel), Lilley moved to Chicago, and Hochstetler shifted his focus to recording much of the state’s bands at his Howl Street studio. The drummer has played in a variety of other bands, including a band called Bad Grades that Lilley fronts.

Though nobody in the band would ever admit it publicly (believe me, I’ve tried!), Call Me Lightning is almost assuredly done. They’ve still yet to play a release show for its 2014 record, Human Hell. Even if the band is over, they’ve made an impression that will live on in me and in Milwaukee music for years to come. I still regularly wear that Call Me Lightning shirt I bought 15 years ago. It fits differently than it used to, but even if it’s cracked and worn, the band it honors will always be as amazing, pristine, and as personally significant to me as they were the day I bought it, and as they were the night I first heard “We Be Dragons.”

Milwaukee is now my life, my career, my passion, and my home. Call Me Lightning is at least partially to thank for that. 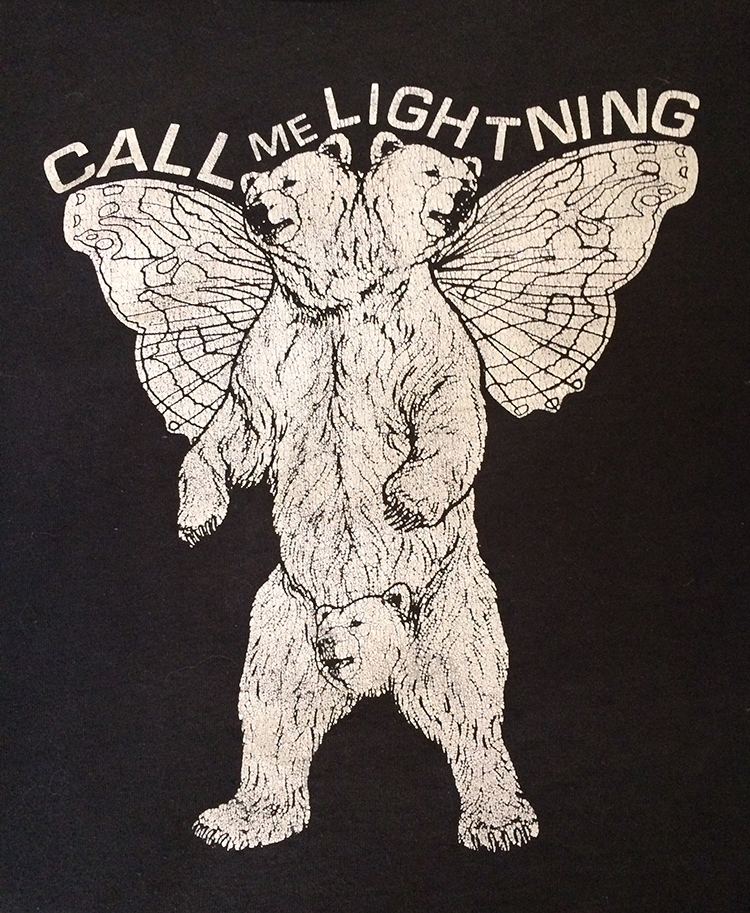