When we last checked in with Officer Bradford of Masked Intruder, the fake punk rock police officer was removing his uniform (and almost everything else) to strike some poses for a charity calendar he was selling to raise funds for Planned Parenthood. In the months since the calendar’s release, Bradford has been sculpting his beach bod and training hard for a test of endurance. His athleticism will be on full display next weekend, when Bradford will be live streaming his attempt to run a 10K.

The Bradford Charity 10K will take place from 12-2 p.m. on Sunday, July 19. Over the course of the 10-kilometer (a.k.a. 6.2-mile) run, the Masked Intruder member will be joined by “celebrity guests” on some laps, there will be “goofy” theme laps, and Red Scare Industries owner Toby Jeg will serve as the unusual event’s host.

The run will double as a fundraising effort for Black Lives Matter and Planned Parenthood. Donations can be placed HERE. Those who give $20 or more will receive a Bradford 2020 Calendar (while supplies last). Anyone who donates $200 or more can sponsor a lap for their business, band, or pretty much anything else they’d like (while laps last). If you want to see a pop-punk icon run laps while also helping some deserving causes, make sure to tune in and donate. 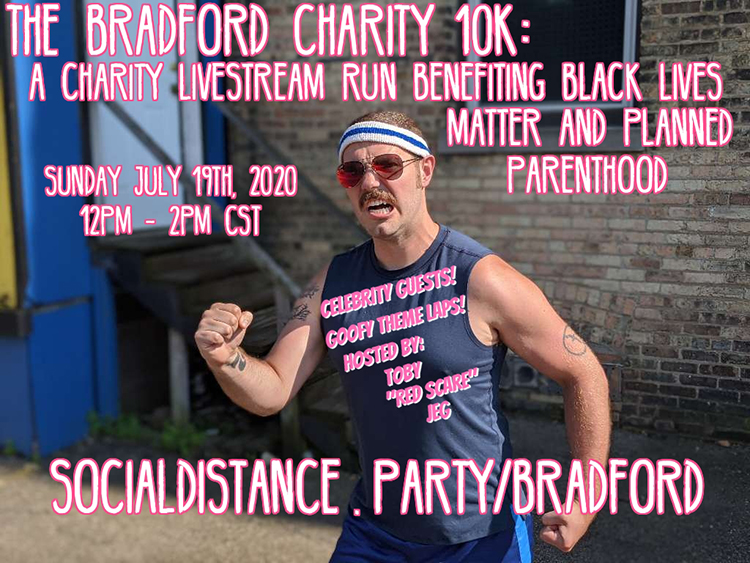