A few weeks ago while I was doomscrolling Twitter on my birthday, I happened upon some familiar footage that seems to surface each and every December 18. In addition to being the date of my birth, that day is also the anniversary of Brett Favre’s iconic game-winning touchdown dive against the Atlanta Falcons.

From 27 years ago today…final game at County Stadium.

Mike Holmgren said he told Brett Favre before the play not to scramble.

Beyond the athletic prowess that was displayed in that headfirst plunge into the end zone, the moment was also so memorable because it sealed a win in—barring some very unexpected circumstances unfolding in the future—the final game the Packers will ever play in Milwaukee. Including that unforgettable finale in 1994, the Green Bay Packers played a total of 167 games in Milwaukee (and nearby West Allis, if we’re being technical) over a span of 62 seasons.

As I’m sure is the case with many of you, I don’t really remember much from the team’s extended stint of Milwaukee occupancy. I turned 10 the day Favre helped end the cross-state arrangement on a high note, and more than 27 years have passed since that fateful day. So that recent reminder of the dramatic County Stadium finish prompted me to look back at the long and fruitful history of Packers game in Milwaukee.

In 1933, seven years after the short and scandalous existence of the Milwaukee Badgers came to an end, the NFL returned to Borchert Field when the Green Bay Packers played their first “home” game in Milwaukee. The game, a three-point loss to the Giants, was reportedly played approximately 100 miles from Green Bay in an effort to increase popularity for the still-young sport, to bring in more revenue, and to help build more Packers interest in the state’s largest region. More than 12,000 people took in the one and only Packers game at Borchert Field that season, setting a new and unusual tradition into motion—one that would last for decades to come.

The Packers returned to southeastern Wisconsin the following season, this time electing to host opponents at “The Dairy Bowl” at State Fair Park. For two or sometimes three games per season, that became the Packers’ second home from 1934 through 1951. State Fair Park was even the site of the 1939 NFL Championship between the Packers and Giants, which Milwa…er, Green Bay won 27-0 in front of a capacity crowd of more than 32,000 fans.

After a three-game relocation to Marquette Stadium—a since-demolished stadium on 36th and Clybourne in the Merrill Park neighborhood—in 1952, the Packers moved their Milwaukee games to Milwaukee County Stadium, the brand new home of the just-relocated Braves baseball franchise. 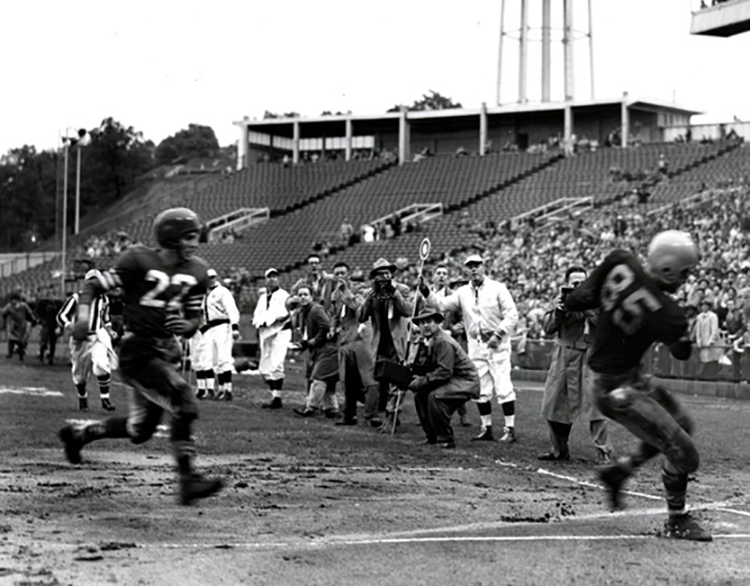 The opening of Milwaukee County Stadium in the early ’50s overlapped with growing criticism of the Packers’ predominant home venue, City Field in Green Bay. At the time, County Stadium held almost twice as many fans as City Field did, and it was state of the art for its time. As a result, many of Green Bay’s opponents requested to play the Packers in Milwaukee instead of the increasingly outdated football facility in a city that had yet to be dubbed Titletown. The threat of losing the franchise to the larger and better-equipped Milwaukee market prompted the city of Green Bay and the Packers to build “New City Stadium,” which opened in 1957 and was later renamed Lambeau Field.

Even with the new digs in Green Bay, the agreement for the team to play in Milwaukee continued for almost 40 additional years, including a 1967 divisional round playoff win over the Rams.

In the late ’60s, the American Football League reportedly expressed interest in starting a team in Milwaukee, which Packers coach and general manager Vince Lombardi quickly nixed by signing an extension to Green Bay’s County Stadium agreement, saying Milwaukee was “a one team city.” So while that all-but cost the city its own professional football team, Milwaukee still had the Packers…sometimes.

Even after the Lombardi Era was through, the Packers saved some of their best games for Milwaukee. In fact, with the exception of the Pack’s dreadful 9-15 mark in the 1950s, the team had a winning record every single decade of the Milwaukee “home game” arrangement. Over that span of Milwaukee masquerading, the Packers managed a fairly impressive 105-60-2 record, including those two aforementioned postseason victories.

Though it wasn’t without its nefarious aspects (such as strong-arming Green Bay into replacing City Stadium, barring Milwaukee from getting an AFL team…or any legitimate professional football team for the rest of time, and letting the Packers double dip in a sense with its “Green” and “Gold” ticket packages that still exist today), the longstanding decision to have the Packers play a portion of 62 consecutive seasons roughly 100 miles from its true home field probably paid off in a big and lasting way.

Between the annual presence and the team’s winning ways (especially in games played here), who knows how many Packer Backers were made in a city that geographically closer to Chicago? There’s no way to know for sure, but I’m betting the Milwaukee games had a big role in cementing the statewide appeal of the Packers franchise. And of course, the Bears being largely terrible didn’t do them any favors in luring more fans. 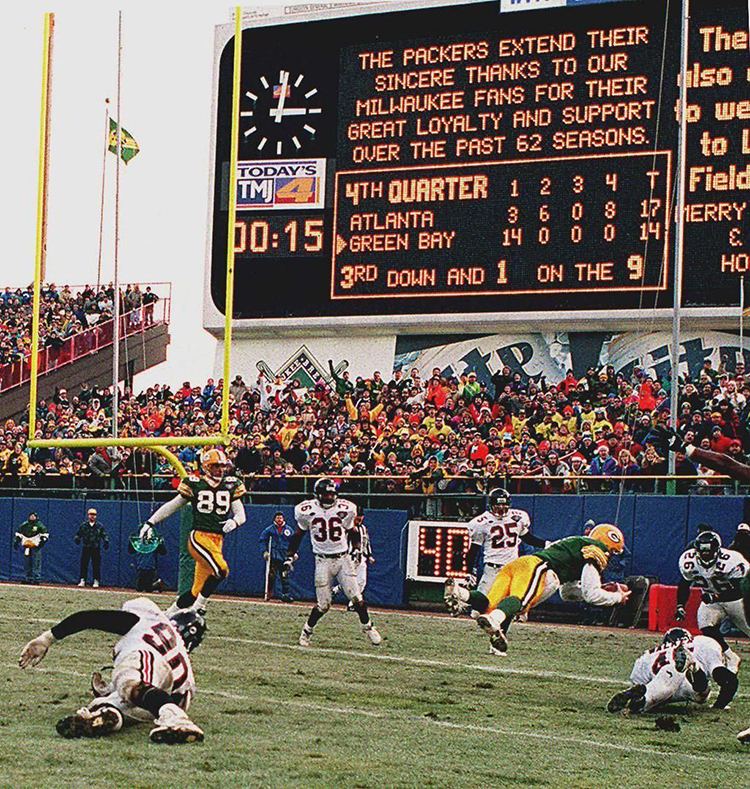