This summer, Riverwest will be getting a new brick-and-mortar record store that will mainly sell vinyl priced $10 and under.

Milwaukee collector Andy Noble, owner of online store We Buy Records, recently announced on the store’s Facebook page, that he will open a physical location this summer. (Noble also co-owns East Side vegan eatery Strange Town with his brother Tom and cousin Mia.) He will be moving into the space, 904 E. Center St., on July 1, but does not have a definite store opening date yet. Noble expects to maintain afternoon hours.

About half of the 700-square-foot store space will be dedicated to retail, the other to Noble’s internet business. Customers will have the opportunity to browse online stock on an iPad. Noble will offer discounts to those who buy records from his website in-store.

“It was quasi-economic, the way things were going. For me, I’m looking at the store as a pragmatic, functional thing. It’s more or less going to be there so that I can buy records,” Noble says.

He adds that many neighborhood residents have been interested in less-collectible records lately, for the music rather than the value

Prior to We Buy Records, Noble owned Lotus Land Records, 801 E. Center Street, for about a decade. Because of a decline in store traffic, he opened his online store around 2009, running his business from home and driving to customers’ homes to pick up records for resale. This saved him money on overhead expenses and allowed him to reach an international customer base.

“Your shop is basically the entire world,” he says.

Also, researching vinyl to list online can be laborious. Selling records on websites such as Discogs requires knowledge of the pressing, album cover, and other factors. For example, spending an hour or two researching a Beatles record valued at $7 is not worth the time involved, according to Noble.

“You could take that same Beatles record and sell it in a store for $10 as-is,” he says.

We Buy will give customers a chance to unload their lesser-valued records, condition and titles permitting.

“I spend eighty percent of my time coaching people on how to get rid of low-valued records. I’ll be taking more bulk, and they are happier about that,” Noble says.

He mentions that those with large collections should contact him ahead of time instead of bringing them to the store. Noble also plans to travel to the customer’s desired location once again to look through a collection.

Noble misses the social aspect of running a record store and is looking forward to opening one again.

“I have high hopes for it. I think it’s going to work,” he says. 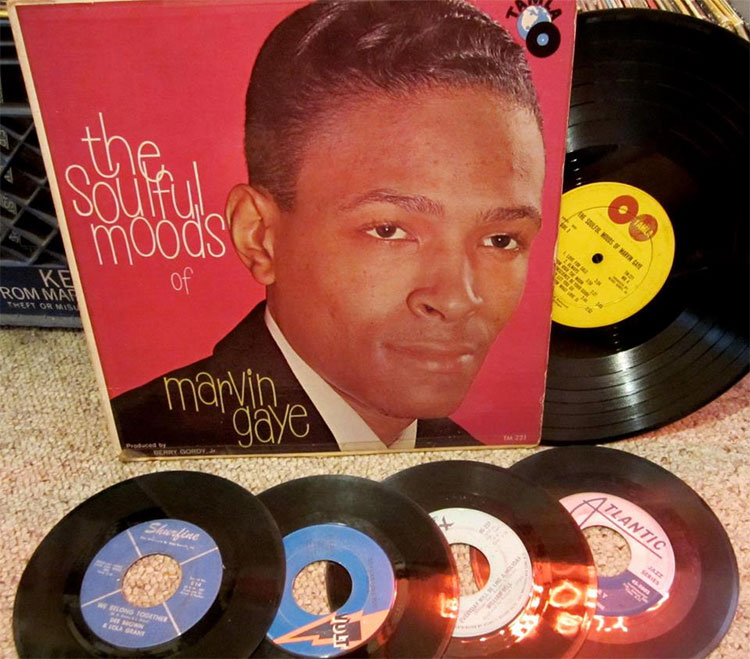