In the vast and sometimes strange world of south side Milwaukee cuisine, hole-in-the-wall eateries are king. There are ones that people in a three-block radius swear by, and ones that north shore nancies trek into the city for. The Patio Pub & Grill (2501 W. Greenfield Ave., 414-455-3100) is a relatively new place, having opened this past summer. It’s in the space that was El Cañaveral in recent memory, but other people remember it as a corner bar. The Patio is run by Victor Angeles, who was once a line cook at Sobelman’s and stood shoulder to shoulder at the grill with Oscar Castañeda, who now runs a citywide famous burger joint, Oscar’s Pub & Grill.

The two are Mexican immigrants and had dreams of creating bars that served burgers and wings, after seeing the atmosphere and clientele that Sobelman’s brought in. Oscar had an 11 year jump on Victor when his place opened in 2010, but Victor was not deterred. The Patio opened in the summer of 2021 with a beer pong tournament, complete with a pop-up by Micheladas Galán.

The bar showcases soccer games and hopes to be “that corner bar” for fans of the sport. The clientele is largely paisa, as 25th and Greenfield sits in a highly Latinx district. The menu features standard bar fare highlighted by mile-high burgers and expertly crafted wings with the famous “crispy and wet” method, where the chicken is seared until crispy and then doused in the sauce of your choice. There are carne asada fries, and on Tuesdays there are tacos for $1, although they do not appear on the menu. 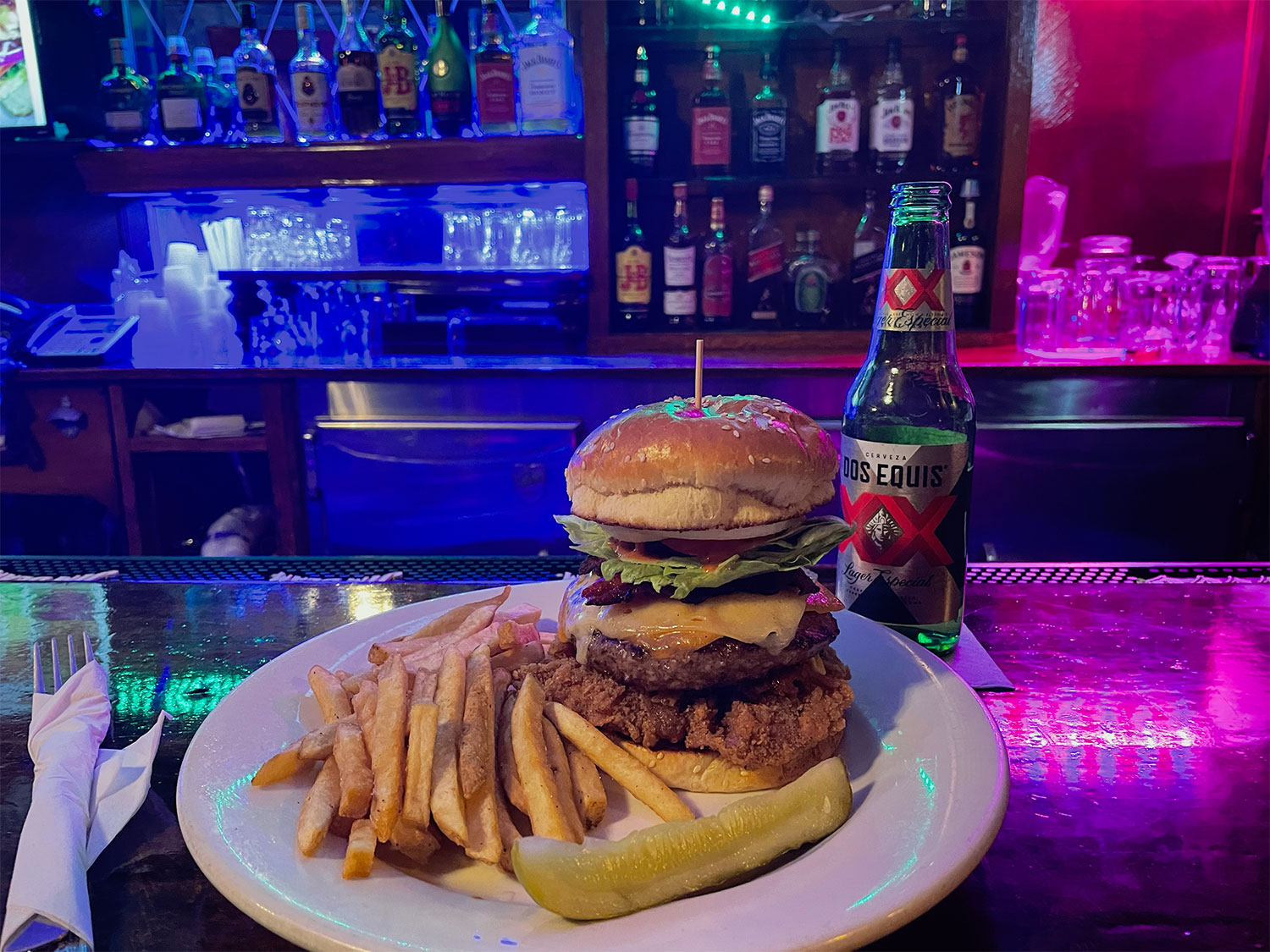 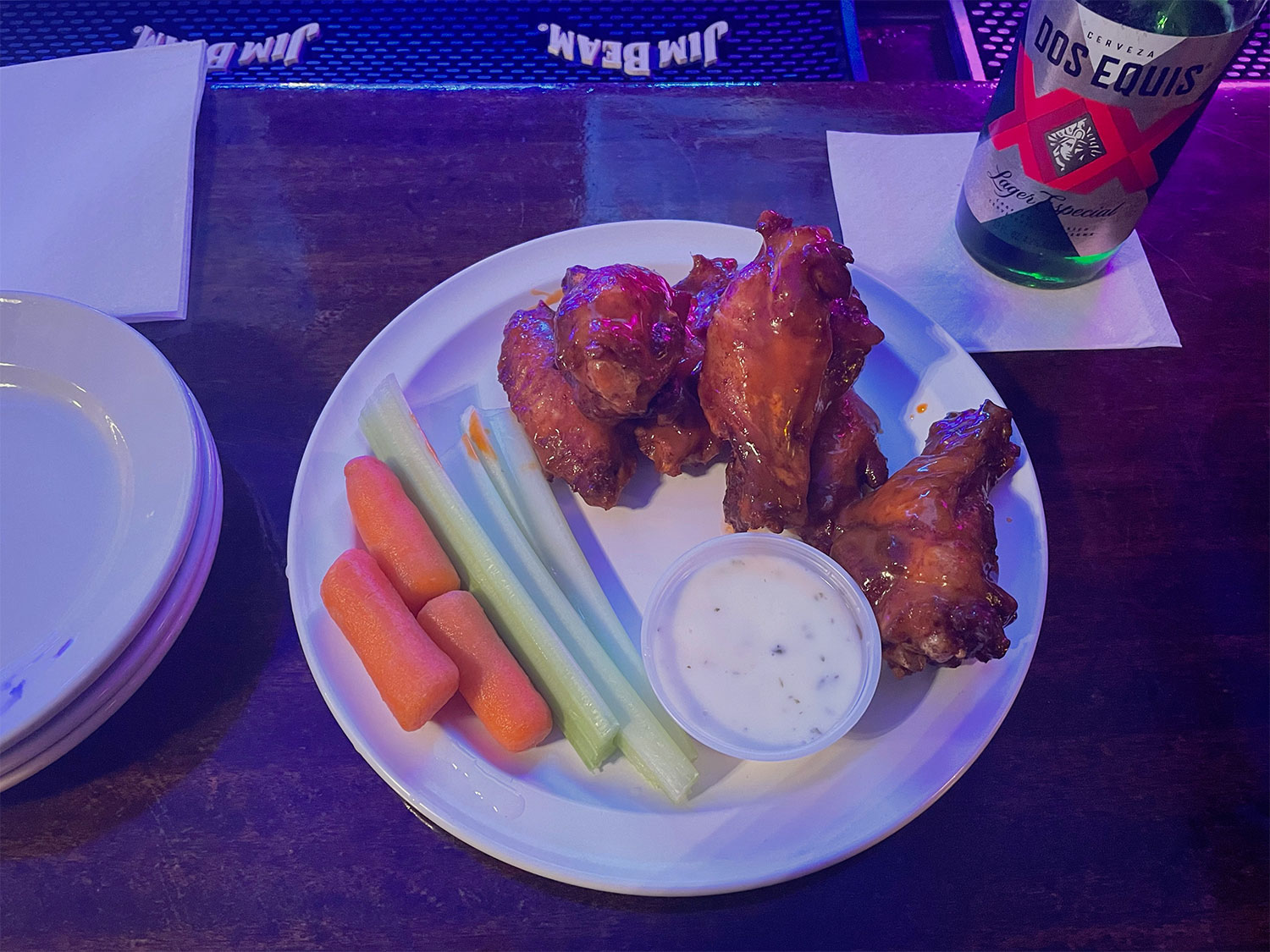 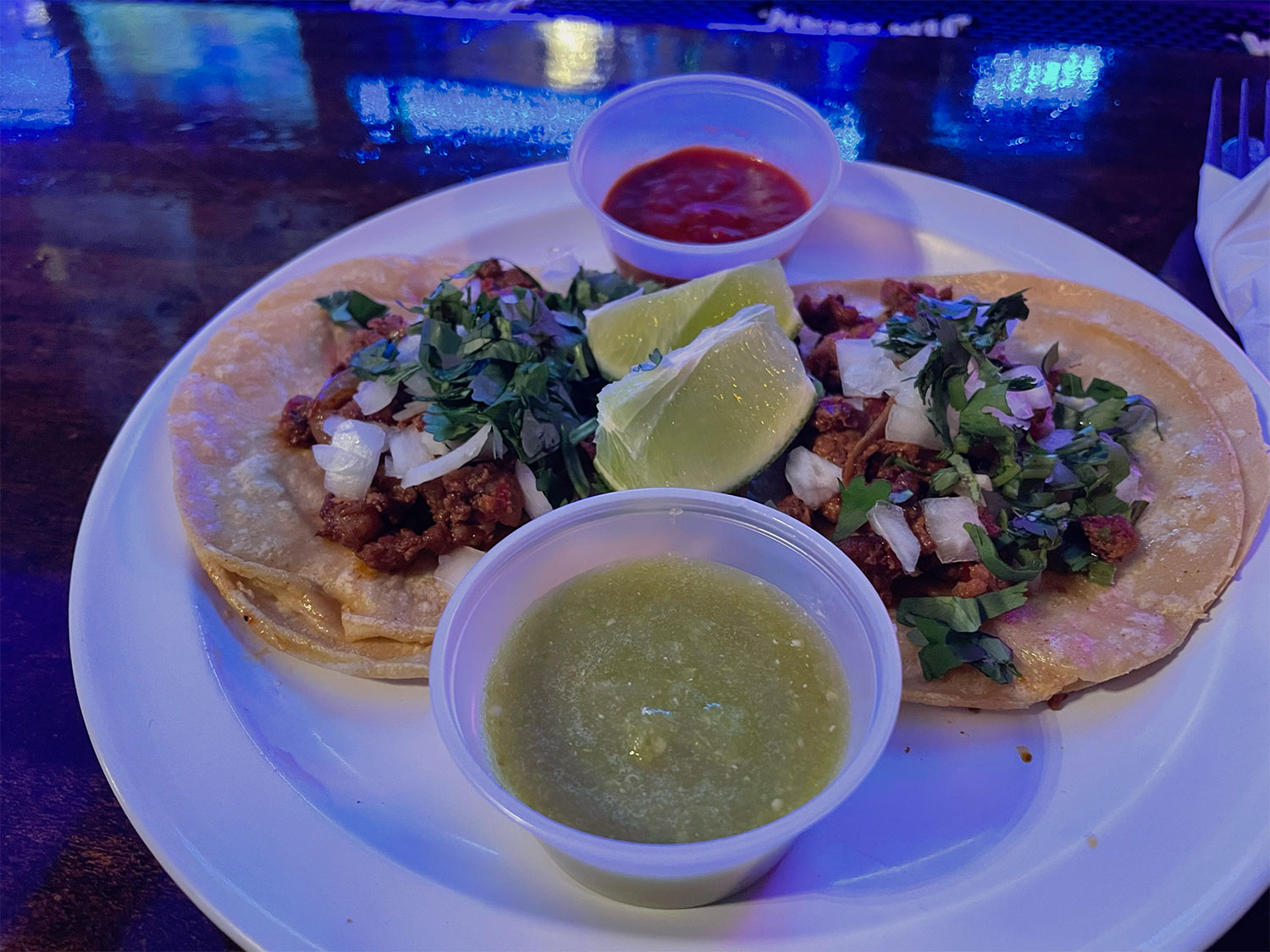 The building was originally known as the Mary Patock Tavern when it was built in 1905 and designated as a Schlitz tavern. The building later became The Coventry Inn, and is currently an official historic Milwaukee building. The rule is that the inside of one of these buildings can be renovated, but the facade has to remain unchanged. The side of the building boasts one of those old Schlitz mosaics that are rarities in Milwaukee bars. (There has always been a rash of mosaic thievery throughout the decades, where the Schlitz emblems were chiseled off the walls and stolen by ambitious pilfers.) Inside the patio, other original details remain. Ashtrays bolted to walls and lanterns (no longer working) that bear the Schlitz logo hang on both sides of the entrance. 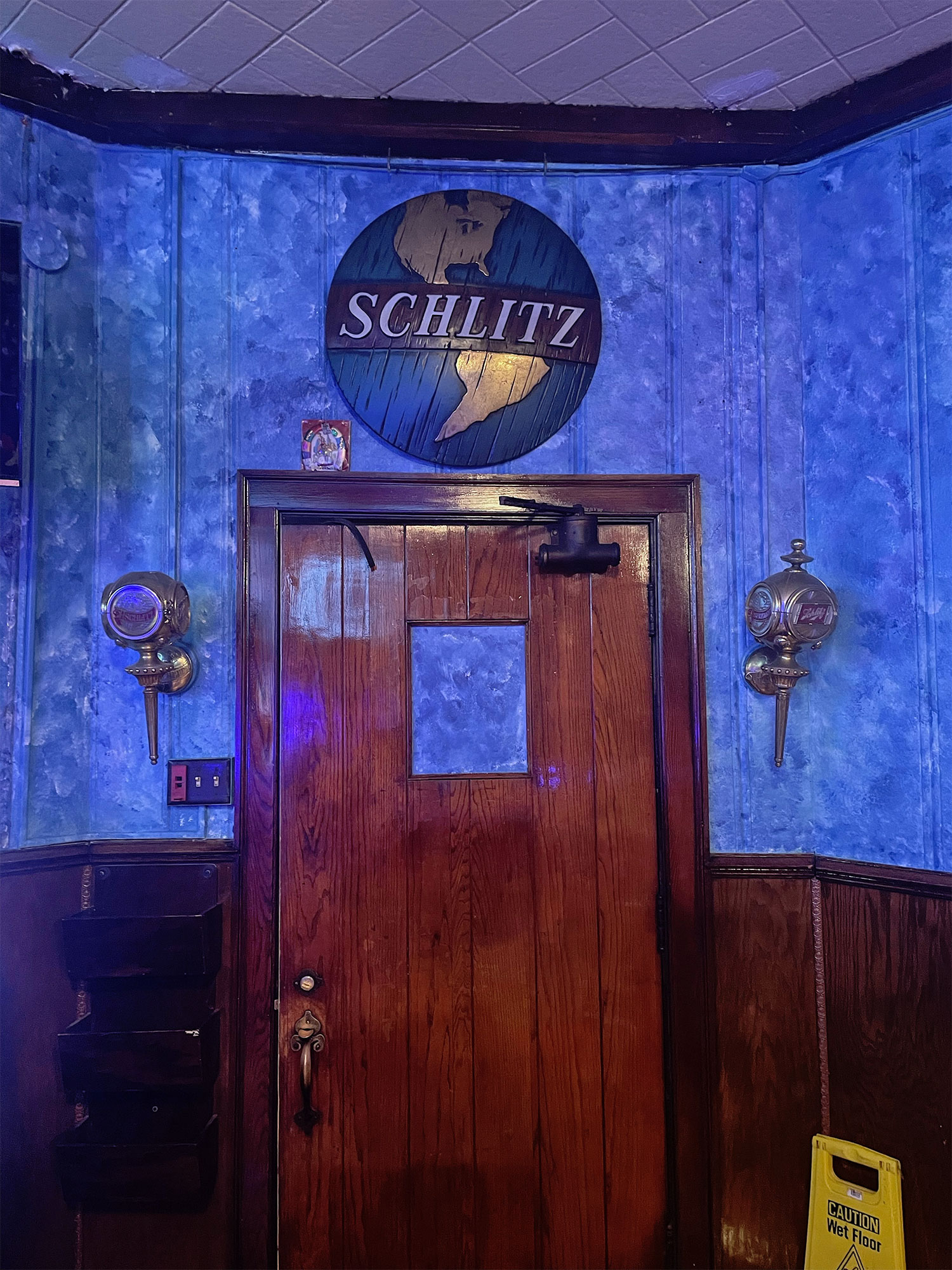 The Patio sits next to a vacant lot, and Victor hopes to turn that lot into a volleyball court during the summer. Micheladas Galán plans to continue to collaborate with Victor, who will keep the miches flowing in the summer for pop-ups. For now, the place maintains its cozy winter atmosphere, with the original 1935 windows towering toward the ceiling.

The Patio is a place that is truly for everyone, but it is also exciting to have a corner bar like this in the neighborhood. It is high time the residents of Clarke Square had their own watering hole that serves great food, and can hold its own with the likes of Mamie’s. 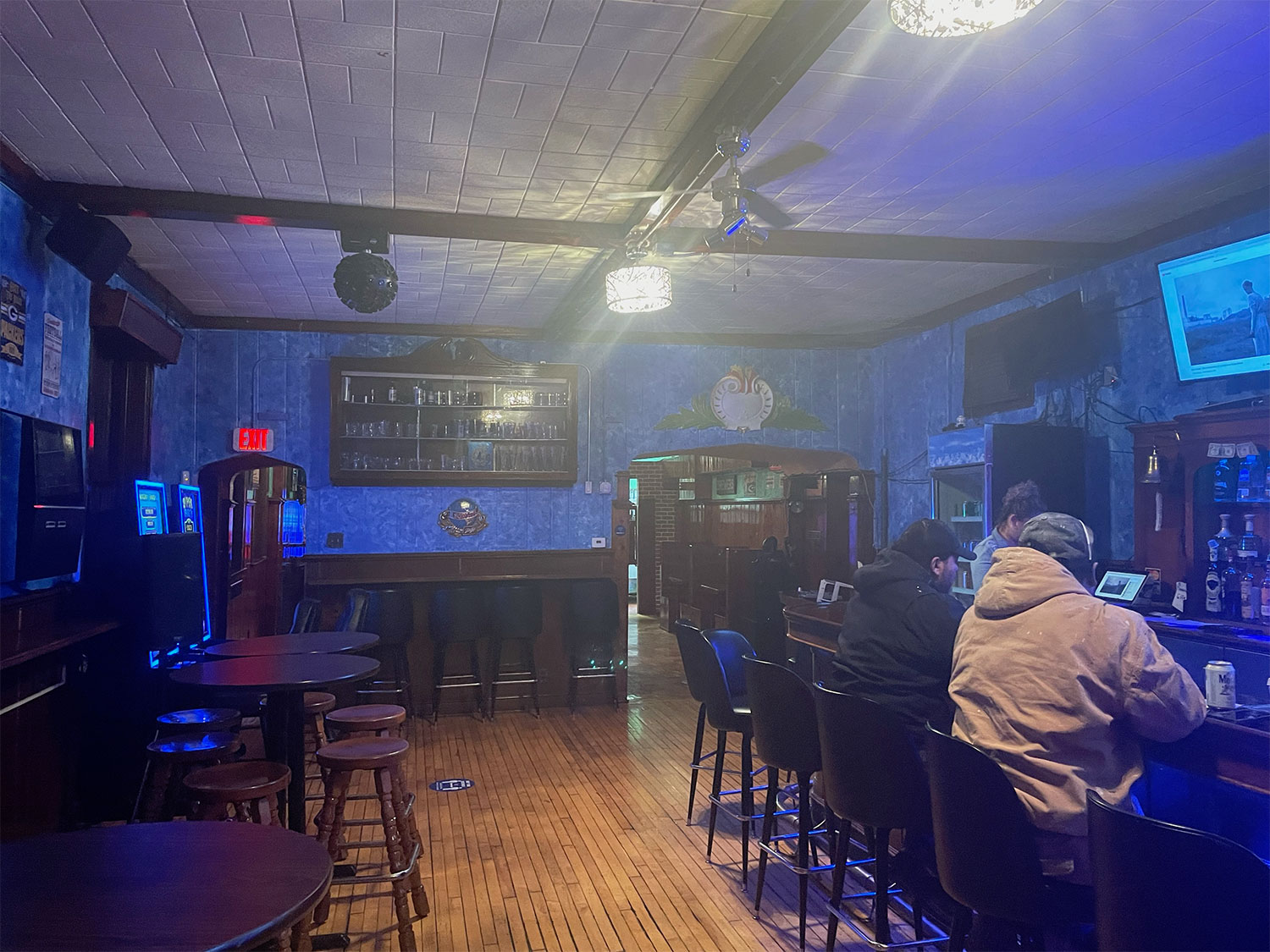