We need to support local restaurants and small businesses in these difficult and trying times. You know it, we know it, former Wisconsin governor Scott Walker knows it. Don’t believe us on the last part? Behold this priceless tweet from Saturday, in which Walker beams about a night out at downtown pizza joint San Giorgio Pizzeria Napoletana: 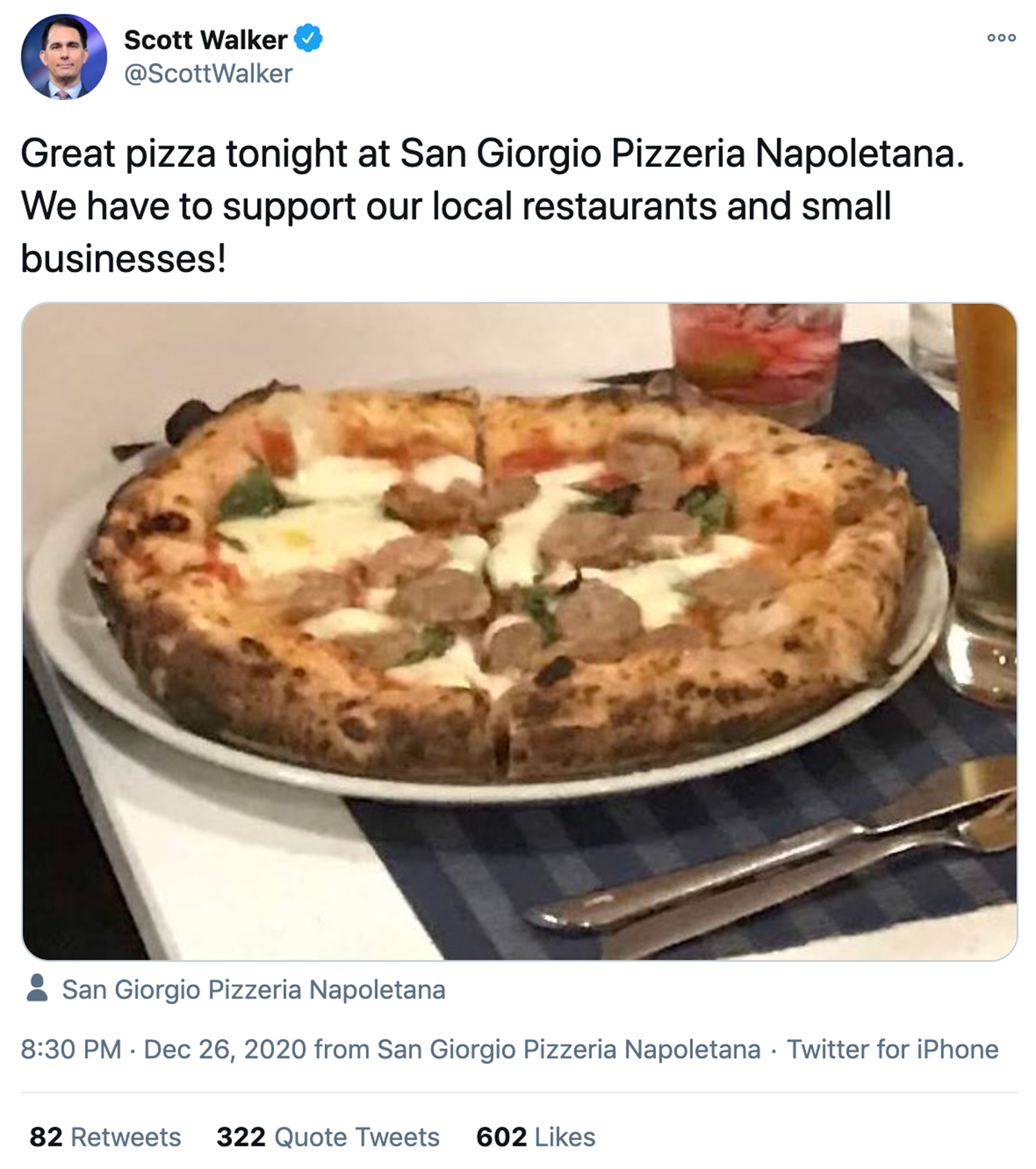 Gee, a blurry photo of a pizza that Scott Walker absolutely ordered, ate, and enjoyed on December 26, 2020 sure did get a lot of action on Twitter, didn’t it? That’s because it’s a cropped photo from a Walker family San Giorgio outing…in 2019. Yes, Scott Walker cropped a year-old photo of a pizza, claimed he had scarfed said pizza inside San Giorgio in the year 2020, and then called on us all to support local restaurants and small businesses. God bless the internet sleuths who cracked this case. 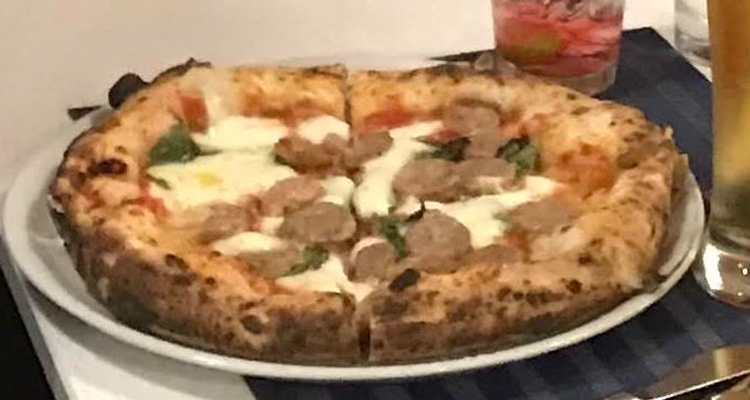 Yyyyep, that’s the same pizza. Incredible. Let’s check those replies and retweets, shall we?

An investigation: is this a year old photo of a pizza?

After minutes of research, I conclude… It is.

Funny enough: it was. pic.twitter.com/oUUxozfrwJ

https://t.co/1yofECvYH8
He’s been feasting on the same pie for over a year.

This is a picture of a pizza you had in 2019. pic.twitter.com/ZfW8iOoNiX

Just straight up lying. About a pizza.

Walker can’t even tell the truth about a pizza.https://t.co/1sae0gEn4m

What is it with this dude and pizza?

Is there anything to add? Not really. Did Scott Walker really go out for San Giorgio pizza Saturday night? Who’s to say? Maybe he simply forgot to snap a pic of his 2020 pie. Sure. We’ll go with that. Support your local restaurants and small businesses!

Oh, and before the comments devolve into partisan bickering (too late?), let’s celebrate the things we have in common:

But the rest of the movie was a snoozer. Could have been so much better. pic.twitter.com/JpR0l4waeO

• And lo, it came to pass that Scott Baio tweeted his support for Scott Walker