For many years, the beer industry was one completely dominated by men. Male distributors sold products made by male brewers to bars, restaurants, and liquor stores that were typically owned by—you guessed it!—men. Thankfully, that’s beginning to shift. Though there’s still a great deal of room for change and inclusion in the industry as a whole, more women than ever before are getting involved in beer production, sales, and purchasing.

Throughout the month of March, some female Milwaukee-area beer reps from five different breweries and distributors are partnering with some women buyers and bar owners from all over the region to put on nine unique events that will celebrate Women’s Month and raise funds for a great local organization in the process.

The events were organized by sales representatives from 3 Sheeps, Indeed, Revolution, Rhinegeist, and Surly. During each of those events (which kick off March 6 and run through March 27), $1 from each purchase of one of those brewery’s beers will benefit the Sojourner Truth House. While raising money for Sojourner through the sales of craft beer, the events are also a way to acknowledge the encouraging shift that’s bringing more women into the beer industry.

“We are finally seeing more female reps, buyers, managers, and owners and we wanted to celebrate that,” 3 Sheeps sales rep Julianna Pierandozzi says. “Many of these positions have been primarily male, so it’s great to see more women and get to work with more women.”

Some standout events from the multi-site Women’s Month celebration includes Sugar Maple hosting food trucks and a female DJ on March 13 and a makers market at Bad Moon Saloon on March 27. All the events are rooted in a sense of collaboration, inclusion, and support for a deserving Milwaukee charity.

“The five of us all have different distributors, our breweries are in different states, and we don’t care,” Pierandozzi says. “Coming together as women in our positions trumps any competition we are supposed to feel with each other.” Here’s the schedule and a list of participating Women’s Month locations: 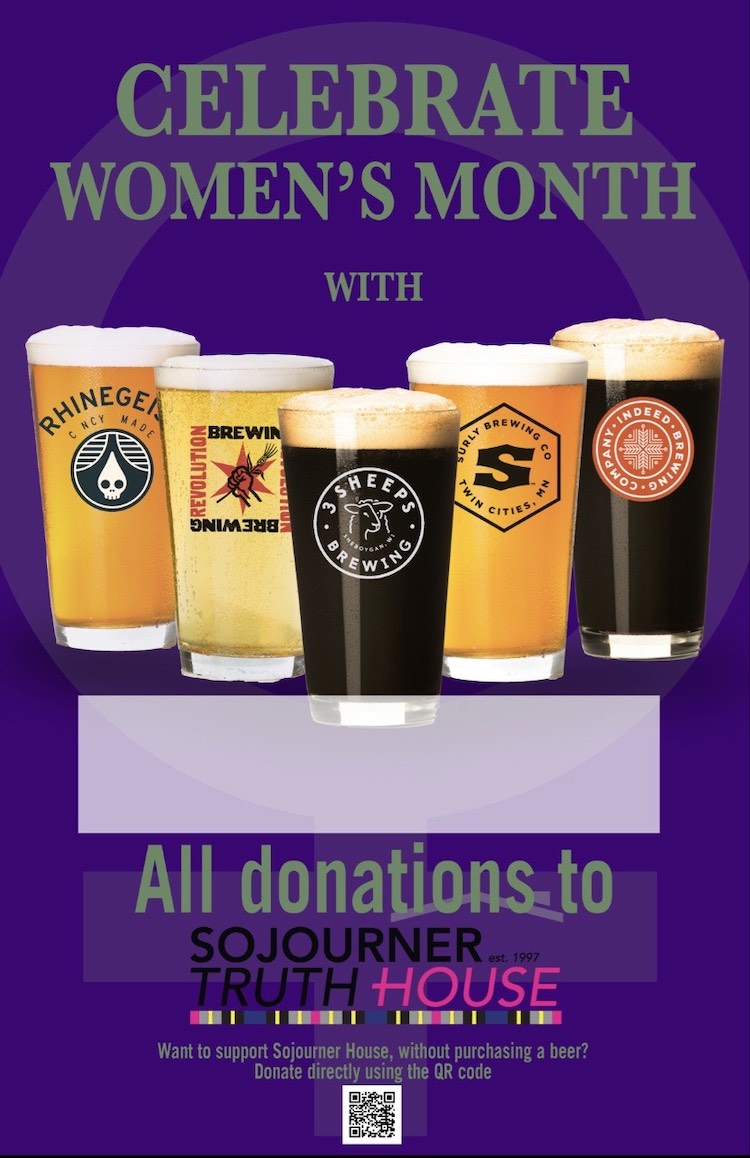