Yes, I understand. There is a new brewery going in here. There is a new brewery going in there. Every bar you go to has a long tap list of all the new cool brews they have rotating in from all across the country. People pass their beers around the table to share like every meal is a chummy potluck. I get it. I’m one of those people too, but that doesn’t mean I need to forget about classic American lagers forever.

With PBR flooding the market as the “hip” mass produced beer, and Schlitz’s chic re-brand alienating those who enjoyed it un-ironically, a couple of friends and I started seeking out an alternative. That alternative was Miller Genuine Draft. What started as a quest to remain unique in a cheap beer world soon turned into a greater mystery.

One of our first public MGD orders took place at Upper 90 Sports Pub prior to a Milwaukee Bucks game. After some brief and unexpected laughter from the bartender, he dug into the back of the cooler to unearth four cold ones. As it turned out, we had purchased the final four bottles the downtown bar would ever be selling. How could this be? Out of curiosity, and through a bit of a running joke, we ordered MGD at the next couple of establishments we went to that weekend, each time coming up empty-handed. The thirst only grew more intense.

Rather than just moving on with my life to more important things like finding a list of more patios I can sit on in Milwaukee, I decided to dig a little deeper. MGD was once a wildly popular beer, so there had to be more to this story. Considering that it’s the same exact recipe as Miller High Life (minus the pasteurization…or something) I couldn’t quite grasp why it was being rejected by the masses. Something told me it was the millions of dollars spent on light (or “Lite”) beer ads every year, but that was neither here nor there.

Apparently, sales of MGD dropped 56 percent between 2007 and 2012. This past July, 60,000 pounds of expired Genuine Draft spilled on the highway when a semi overturned just outside Denver. In September, the first ever Miller Genuine Draft production plant will be permanently closing its doors. The horror!

Still in denial and seeking any sort of resolution, I brought it upon myself to visit over a dozen bars on the heavy-drinking East Side in one day last weekend. There, I placed an order for MGD and asked the question that seemed like nobody else had been willing to ask. Here are the answers to that question:

After all this rejection (10 denials to three confirmations, for those of you scoring at home), my morale was low. I walked back to my apartment, passing countless Brady St. faithful enjoying bottles and cans of everything but MGD. One thing I’d ignored during my journey was the fact that all of MGD’s social media was branded for EDM music lovers. Keep in mind, this beer once fought the microbreweries, claiming to be “imported from Milwaukee” rather than some hoity-toity European city. In 2005, the beer reportedly abandoned hope on the 21- to 24-year-old drinkers and set its sights on people in their 30s. This is the sign of a beer with a major identity crisis.

Today, if you hop on MGD’s YouTube or Instagram, you’ll see modern-day party-goers slamming their “favorite” beer in a world that seems to linger in an eternal sunset.

Keeping this in mind, I emailed a few local establishments that might bring in this type of crowd to see if they stocked MGD in their coolers.

Knowing they would never take away Miller Genuine Draft for people looking to consume it in the confines of their own home, I walked over to everyone’s favorite corner store, Koppa’s Fulbeli Deli. I wanted to end this day of futility with a couple of friends over a six-pack of what appeared to be a dying breed of beer. Once back at my apartment, I grabbed a can and, just before opening it, checked the bottom for an expiration date. To little amazement at all, these MGDs expired more than three weeks earlier. Maybe someday MGD will become the new PBR. Until then, it will evidently continue to fade away into the never-ending Miller sunset. 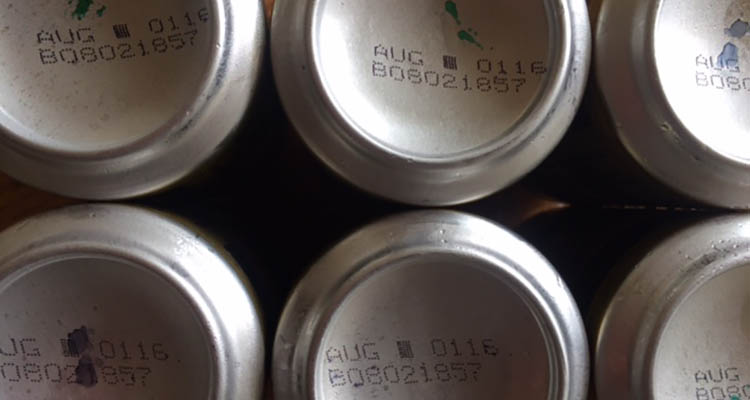