To self-identify as a jam band used to be a rare thing. The stigma that comes with the term is a vague, squicky feeling of nth-generation white American men trying to play funk, and it’s certainly not an unearned reputation. Snarky Puppy’s adoption of the term suggests either that the genre has gained an unlikely cachet, or that the band is oblivious to its connotations. Almost universally, jam bands are so much worse than Snarky Puppy in almost every respect, but if there’s one quality that qualifies you for the dubious categorization, it’s group improvisation that departs completely from the structure of the written song. Snarky Puppy didn’t do anything like that on Thursday night, and nobody in the Pabst Theater was complaining. It was a showcase of individual prowess across every instrument, and a fine bunch of songs to work within.

The group wasted no time before spotlighting founding member and ‘Tosa native Mike “Maz” Maher, who rang in the set as fans were still clapping in welcome and then tore through a patient, serpentine flugelhorn solo, culminating in the set’s first musical climax. Not that any member of this vast, rotating collective is a slouch at their instrument, but Maz very quickly set the bar high. “We had three days off in Chicago,” frontman Michael League quipped later on, “and we all went our separate ways, and when we came back, we couldn’t find Maz…he had locked himself in a room full of cheese curds…just binging and sweating…and funnel cakes.” Wisconsin, right? 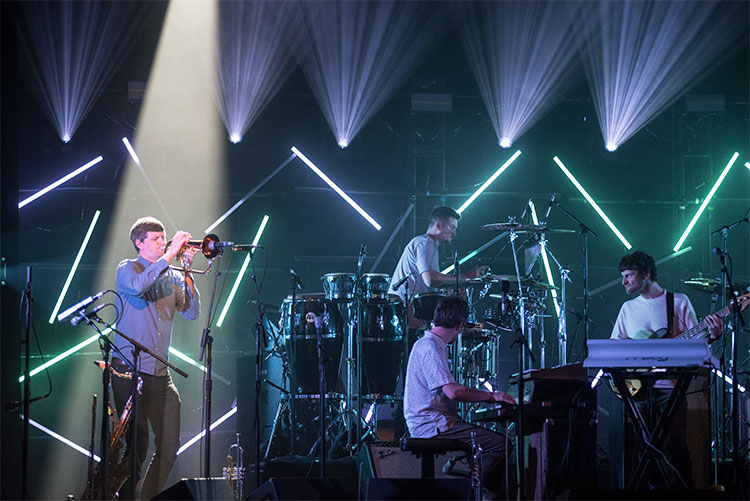 The three-time Grammy-winning instrumental band formed in Denton, Texas in 2004, and bassist League is clearly the skipper. Though now based in Brooklyn, League and his compatriots don’t exude pretentiousness nor avant-garde tendencies. They are a jazz band—fusion, if you must, but moments of cheese and excessive wizardry were few and far between at this show. Yes, of course there was a drum solo, but Jamison Ross’s approach was really more of a duet with League, who held down the 7/8 beat while Jamison pounded in and around it, so that the suspense of periodically landing the accents made for a stimulating and not overlong excursion.

In jazz as well as rock, drum solos only get a worse rap than bass solos because there are more of them, but in terms of notoriety or creativity, you’re lucky if you can specifically recall a bass solo you’ve witnessed, let alone one you treasure the memory of (Les Claypool fans please stand down). League’s was more of an enthusiasm solo while he happened to be holding a bass; the man emanated love of his craft and gratitude for his success at every turn. Naturally, everyone in the band was going to get a turn Thursday night, but percussionist Nate Werth was tasked with not only his own individual foray but also a drum duet with Ross, the only stretch of music that smacked decisively of prog-rock self-indulgence.

What brought the biggest roars from the crowd? Maher’s every moment in the spotlight got well-deserved applause, as well as bombastic keyboardist Bobby Sparks’ handful of takeovers. It’s not often you see a clavinet with a whammy bar installed; Sparks crafted a deafening, Hendrixian miasma during “Chonks” that brought the house down. In a sense, it’s cheating, approximating a wild guitar solo on a keyboard like that, but it was riveting all the same. 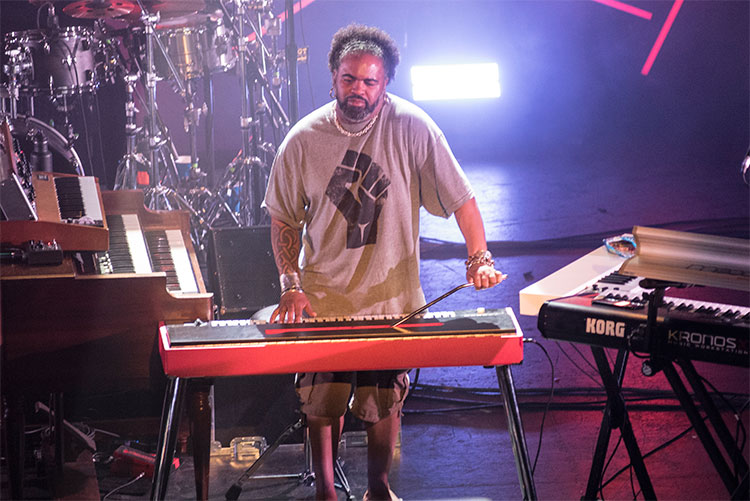 Towards the end of this solo, Shaun Martin contributed some Minimoog to a searing peak as if to take over as soloist, but this didn’t actually happen until the encore, at which point Martin’s fierce but nuanced playing brought at least a portion of the crowd to its feet for the first time all night. Both keyboard players, in fact, evoked the grandiosity and intensity of Keith Emerson when left purely to their own devices, embodying a passion that transcended the notion of “showing off.” And we’d be remiss if we didn’t mention Justin Stanton, who alternated on trumpet and Fender Rhodes, not one of the flashier players onstage by any means, but his staccato pounding of the keys in “Lingus” left a lasting impression to close out the evening.

The biggest—perhaps only—groans from the crowd, however, came towards the end of the main set during Martin’s intro to “Sleeper,” in which he’d utilized a talk box hooked up to his Moog. After singing “Milwaukee” a few times, he intoned “You do know it’s going seven games, right?” Waves of confusion gave way to disappointment; it seemed most attendees hadn’t snuck a peek at the Bucks score during the drum duet as Martin evidently had. If there’s one thing great live music is good for, it’s making us forget about the agony of sports for an hour or two, a feat which Snarky Puppy almost pulled off. 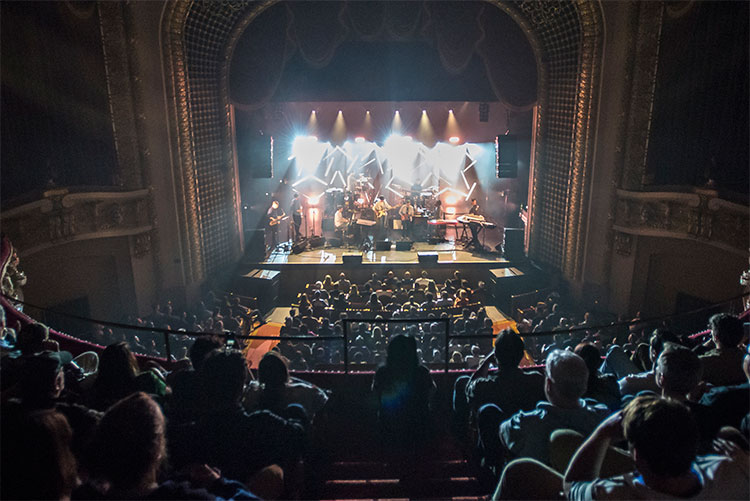