We’re not quite sure how we (and seemingly everyone else) missed this, but arguably the best summer movie series in the city released its film lineup a couple weeks ago. On the third Friday of each month from June through September, the Milwaukee Bike-In Movie Series will set up a projector at the swing park beneath the Holton Street Bridge and offer free 8 p.m. screenings of beloved classics, cult favorites, and even a few new-ish releases for good measure.

In recent years, the underground—or “underbridge,” to be more accurate—series has presented films like Robocop, Shaun Of The Dead, Hackers, Jurassic Park, The Great Outdoors, Tremors, and Back To The Future to cyclists and cinephiles alike. This year’s film lineup (sponsored by Brady Street BID, Casablanca, Weidner Apartment Homes, City Of Milwaukee Parks Department, and Wisconsin Bike Fed) is pretty darn good. Take a look at the full schedule, and air up those tires. 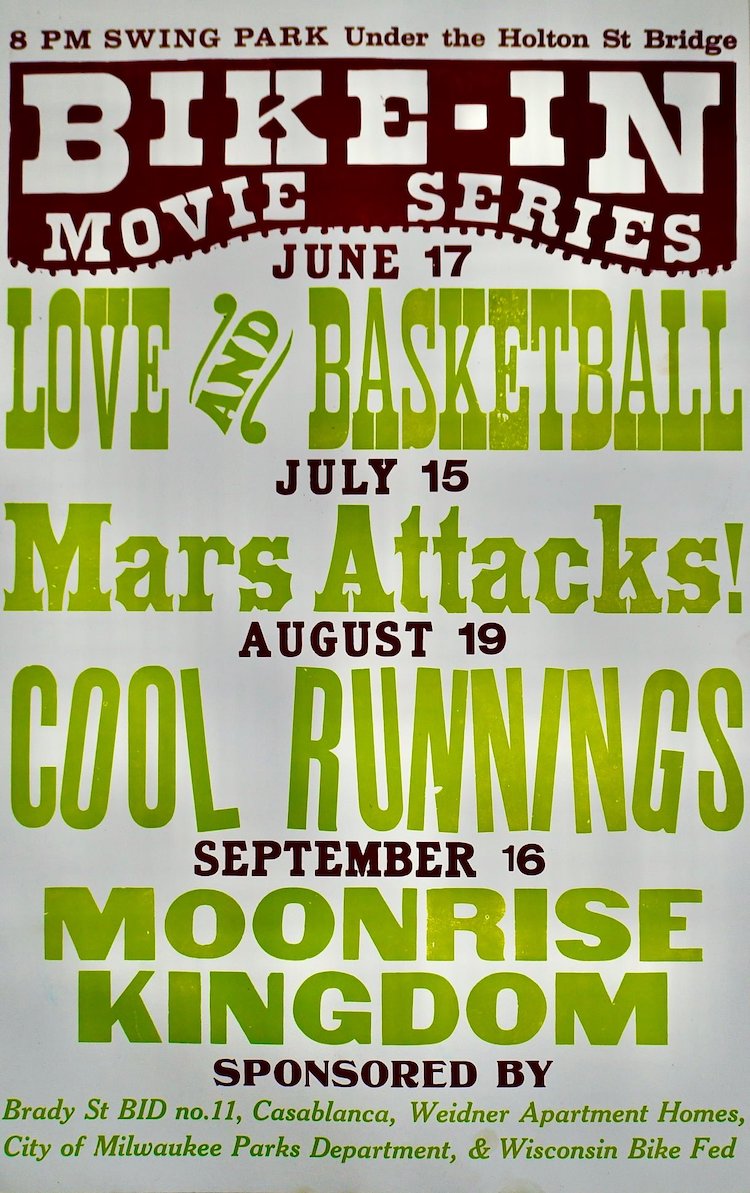