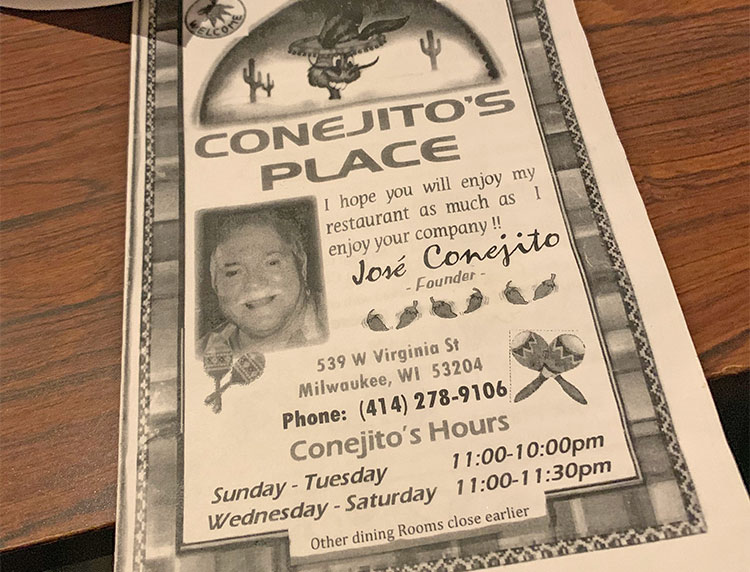 To best understand Conejito’s—and to best understand Garza, who died in 2010—all you have to do is look around. Yes, Conejito’s is the kind of place that proudly displays not one, but two city proclamations on its walls. The first commemorates Conejito’s 25th anniversary in 1997, and provides a tantalizing slice of backstory:

WHEREAS, Conejito’s was founded by Jose Garza, who was born in Sabinos Hidalgo, Nuevo Leon, Mexico in 1934 to a family of eight children; and

WHEREAS, Jose Garza, known as the “Little Rabbit” or, in Spanish, “Conejito,” came to the United States in 1957 and opened his restaurant in 1972; and

WHEREAS, Conejito’s is an original Milwaukee success story and has earned the enduring praise, respect and gratitude of the Milwaukee community.

WHEREAS, Jose Gonzales Garza was born on December 14, 1934 in Sombretillo, Mexico, in the state of Nuevo Leon, and at 18 he moved to the U.S. to work in the canneries of northern California; and

WHEREAS, In 1957 Jose moved to Milwaukee, where he worked as a butcher and as a bartender, and in 1968 he opened a small tavern in the 700 block of S. 6th St., eventually relocating in 1972 as a small Mexican restaurant at S. 6th and Virginia, at a time when Milwaukee had very few restaurants serving authentic Mexican dishes; and

WHEREAS, A kind, generous, and sweet man, Jose went about his work in the restaurant at a quick pace, earning him the nickname “Conejito”—or bunny rabbit—but he always took time to mingle with his customers, who grew fond of his delicious, reasonably priced dishes and his warm, customer-friendly ways; and

WHEREAS, Jose made Conejito’s—with its sign above the front door stating “The Gateway to Old Mexico”—a Milwaukee landmark that welcomes people as they cross the beautiful new Six Street Viaduct and traverse the roundabout at its south end, a place aptly described by the Milwaukee Journal Sentinel as a “restaurant cantina known for its cheap, tasty tacos and jukebox rancheras.” 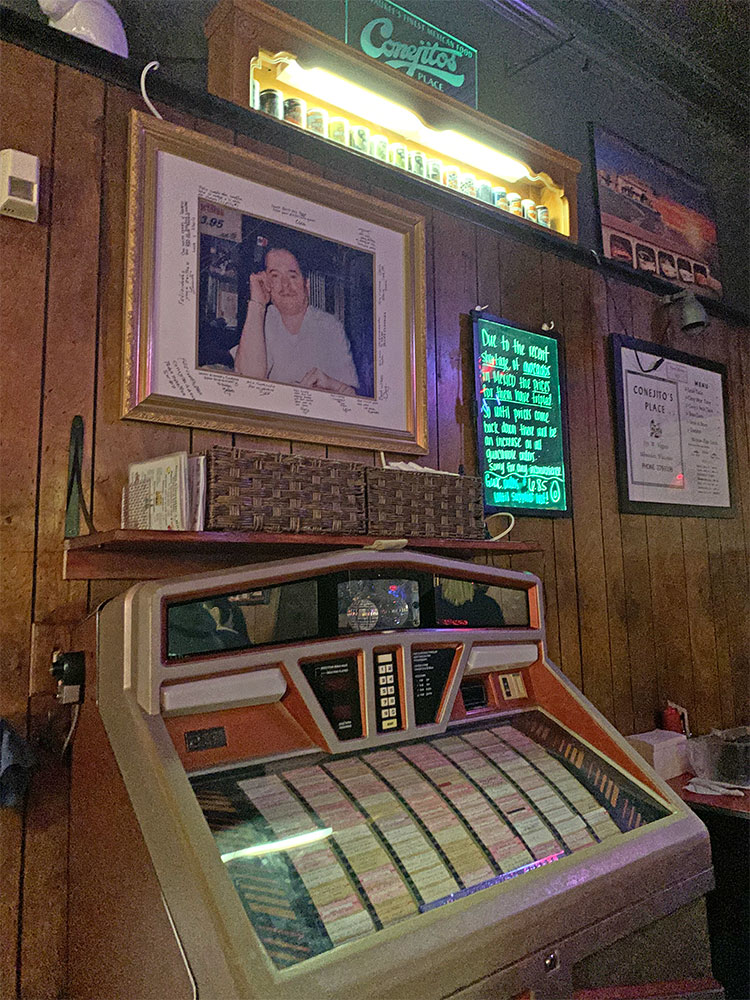 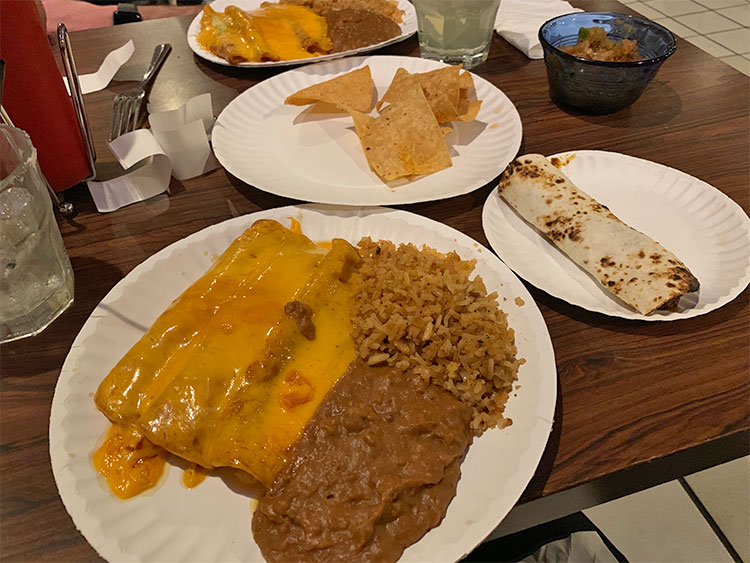 It’s also steadfastly out of time. The neighborhood surrounding Conejito’s was already changing when Garza died in 2010 (leave it to Milwaukee to include a shout-out to roundabouts in someone’s obituary), but it has drastically changed since. Next door, a happenin’ brewery and taproom, MobCraft. Just down the street, a new Fuel and even more breweries. Just across the street, a glowing beacon for an “up-and-coming” neighborhood. Only Conejito’s remains the same.

Or does it? Like many Mandatory Milwaukee entries, Conejito’s has a way of changing—not along with the city, but along with its customers. In college, Conejito’s might serve as a late-night hole-in-the-wall to scarf down cheap tacos and drown cheap margaritas with friends. In early adulthood, a neighborhood bar to unwind after a long day of work, solo. In middle age, a gathering place for your family and your old college friends who are now similarly kid-addled. And still with the paper plates.

Conejito’s was once the domain of one man, but it has always been a place for everyone. 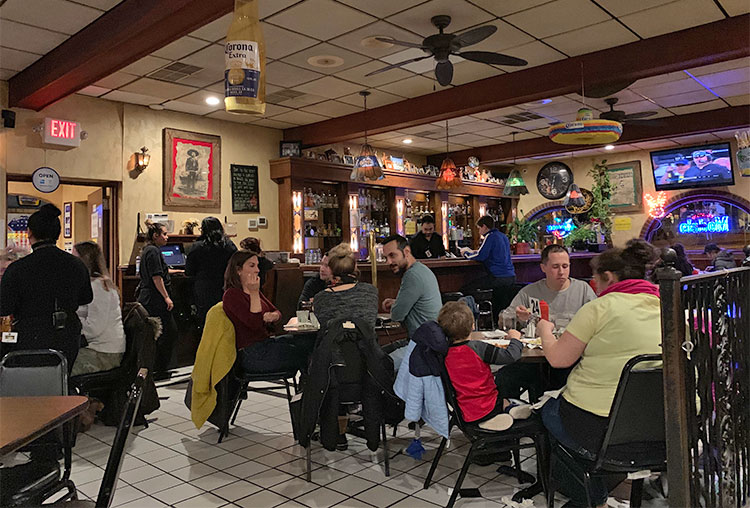