Tuesday night, at an outdoor gala featuring food, beer, and at least one spin of Bruce Springsteen’s “Dancing In The Dark,” Coakley Brothers celebrated the inaugural lighting of their new 15,000-pound stained glass water tower on top of their Walker’s Point headquarters. Created by Brooklyn artist Tom Fruin, the massive piece was hoisted atop the in-renovation building at 400 S. 2nd St. last Thursday. The size and prominence of the decorative water tower, as well as its proximity to the Allen-Bradley Clock Tower and the inviting neon glow of Conejito’s, make it an instant Milwaukee icon.

Before the lighting, Coakley CEO Peggy Coakley presided over some brief remarks from Ald. José Pérez, the ever-excitable Department of City Development Commissioner Rocky Marcoux (“Walker’s Point is the hottest area for millennials!”), and Fruin himself. “This belongs to you now,” Fruin said of his piece. Check out a video and some photos below. 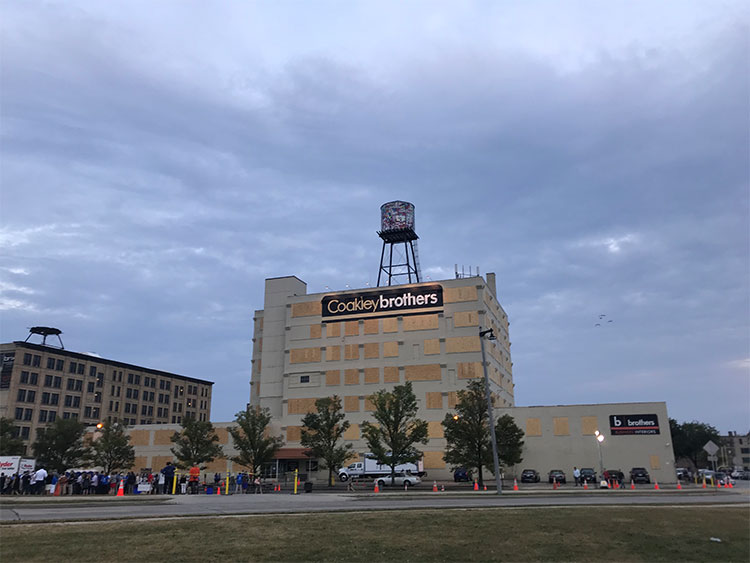 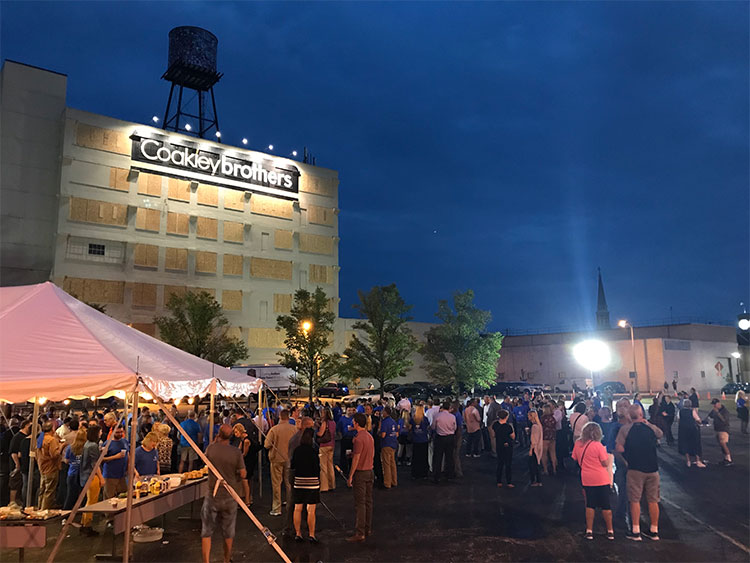 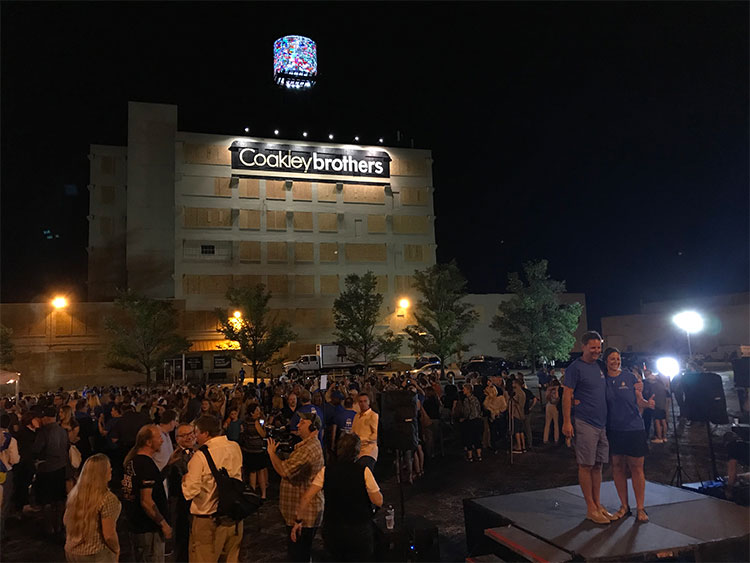 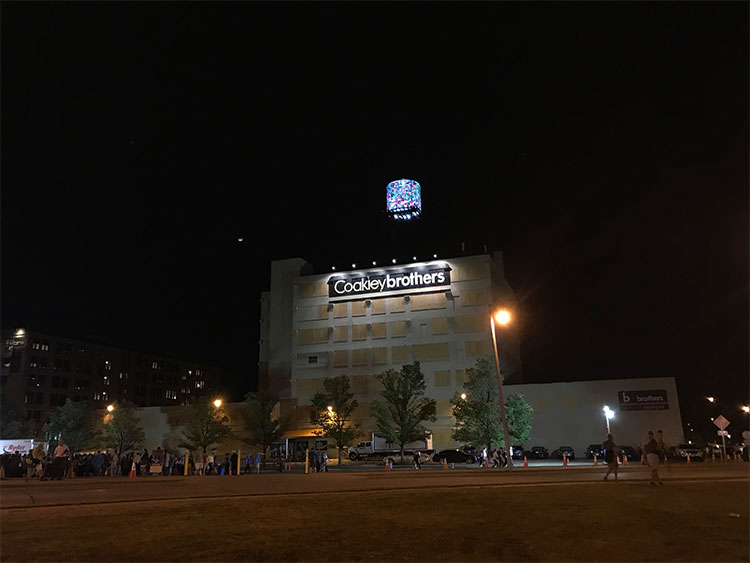