What a difference a year makes. Last September, Twelve12 Hospitality Group—a restaurant group owned and operated by Mike Bodow, Devin Eichler, and David Eichler—opened Bumstead Provisions in two attached Bay View storefronts (2671-75 S. Kinnickinnic Ave.). This spring found Bumstead’s grocery and deli half transitioning into a second location of the group’s successful Oconomowoc-born Crafty Cow burger joint. In July, Twelve12 announced plans to do away with the remaining half of Bumstead once and for all by opening Hot Head Fried Chicken, a new theme inspired by Bumstead’s top-selling Nashville Hot Chicken Sandwich.

With the new iteration’s September 12 opening day quickly approaching, the owners are excited to introduce Milwaukee to the fun, accessible, and southern-inspired staples from their latest (and last) concept in the Kinnickinnic Avenue property.

“It doesn’t matter who you are or where you’re from, fried chicken and mac and cheese are foods everyone loves,” Hot Head co-owner Mike Bodow says. “It just kind of seemed natural for us to utilize our strengths and build an entire concept out of something we were already doing very well on a small scale.”

Prices will range from $8 for select single entrees, all the way to a family meal capable of feeding four people for under $60. Though fried chicken and mac ‘n cheese are the unabashed stars of the menu, Hot Head will also offer an array of southern sides, rich appetizers, salads, and specialty desserts. Both Crafty Cow and Hot Head menu items will be available at either establishment. Bodow also says Hot Head will have a “more user-friendly cocktail program” than Bumstead to go with its 16 draft beer options.

He indicates the new venture will feature a “rustic” interior that doesn’t disrupt the history of the century-old property. Outside, Bodow confirms the Chris Farley mural will not survive the changeover. Before Hot Head Fried Chicken opens on Tuesday, September 12, check out its menu below. 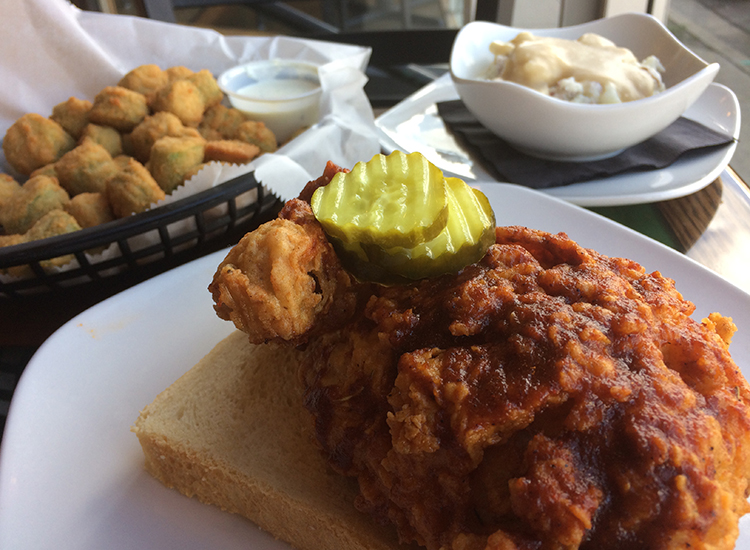